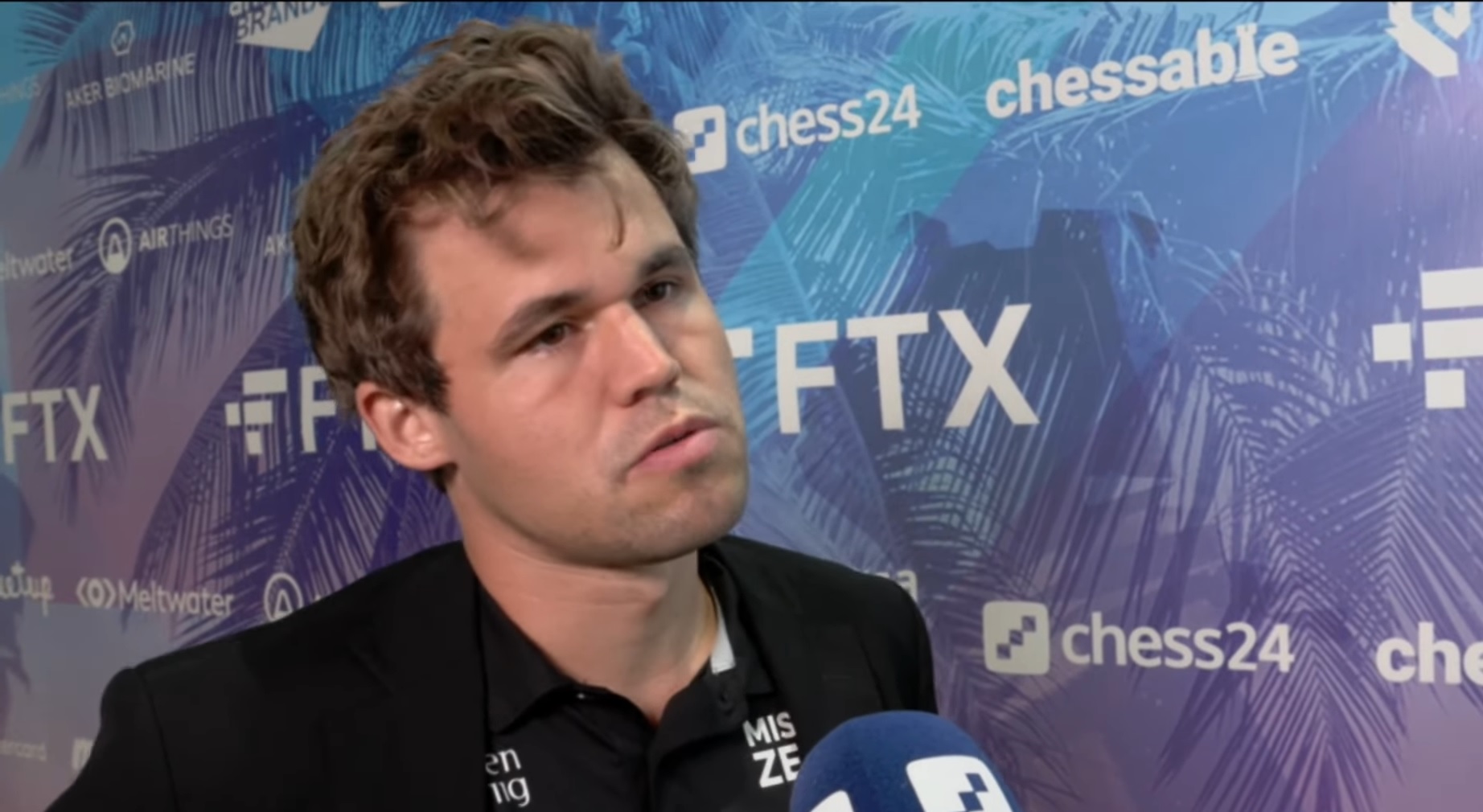 It’s the scandal that somehow keeps on giving. After resigning on move two of his previous preliminary match against Hans Niemann, Magnus Carlsen finds himself qualified for the knockout stage of the Julius Baer Generation Cup. And his quarterfinal opponent for the event? Well, that’s still to be determined. But chances are it could be Niemann once again.

At least, just barely. Chess By Numbers has the likelihood for Carlsen to be matched up against Niemann currently at 14.7 percent, narrowly leading a potential match for Carlsen against Vincent Keymer at 14.3 percent and Anish Giri at 14 percent even. There are still several others who Carlsen could find himself matched against in the quarterfinal as well. But, well, Niemann will understandably grab headlines in this particular situation.

Carlsen has still yet to offer any comment on his lightning-fast resignation against Niemann in the preliminary rounds of the tournament and he hasn’t said anything on the cheating furor that has reverberated throughout the chess community since his withdrawal from the Sinquefield Cup following his loss to Niemann, the first time in the world champion’s career that he’s ever withdrawn from a tournament. The closest he’s come to addressing the issue remains his Twitter announcement that he had withdrawn from the previous tournament, to which he attached a famous video of soccer manager Jose Mourinho saying “if I speak, I am in big trouble.”

For his part, Niemann has denied ever cheating at in-person, over-the-board chess, but admitted to cheating twice online. The 19-year-old was subsequently banned by Chess.com, which said that his own admission of guilt in online chess cheating contained “contradictions.”

While Carlsen has already clinched his spot in the quarterfinals, Niemann still has work to do, currently sitting in seventh place heading into the final day of prelim play. He doesn’t have the most difficult final slate of games, squaring off with Ivan Saric and Vasyl Ivanchuk, neither of whom have had particularly great tournaments so far. He will face a stern test in his last game, however, getting the white pieces against Polish grandmaster Jan-Krzysztof Duda.