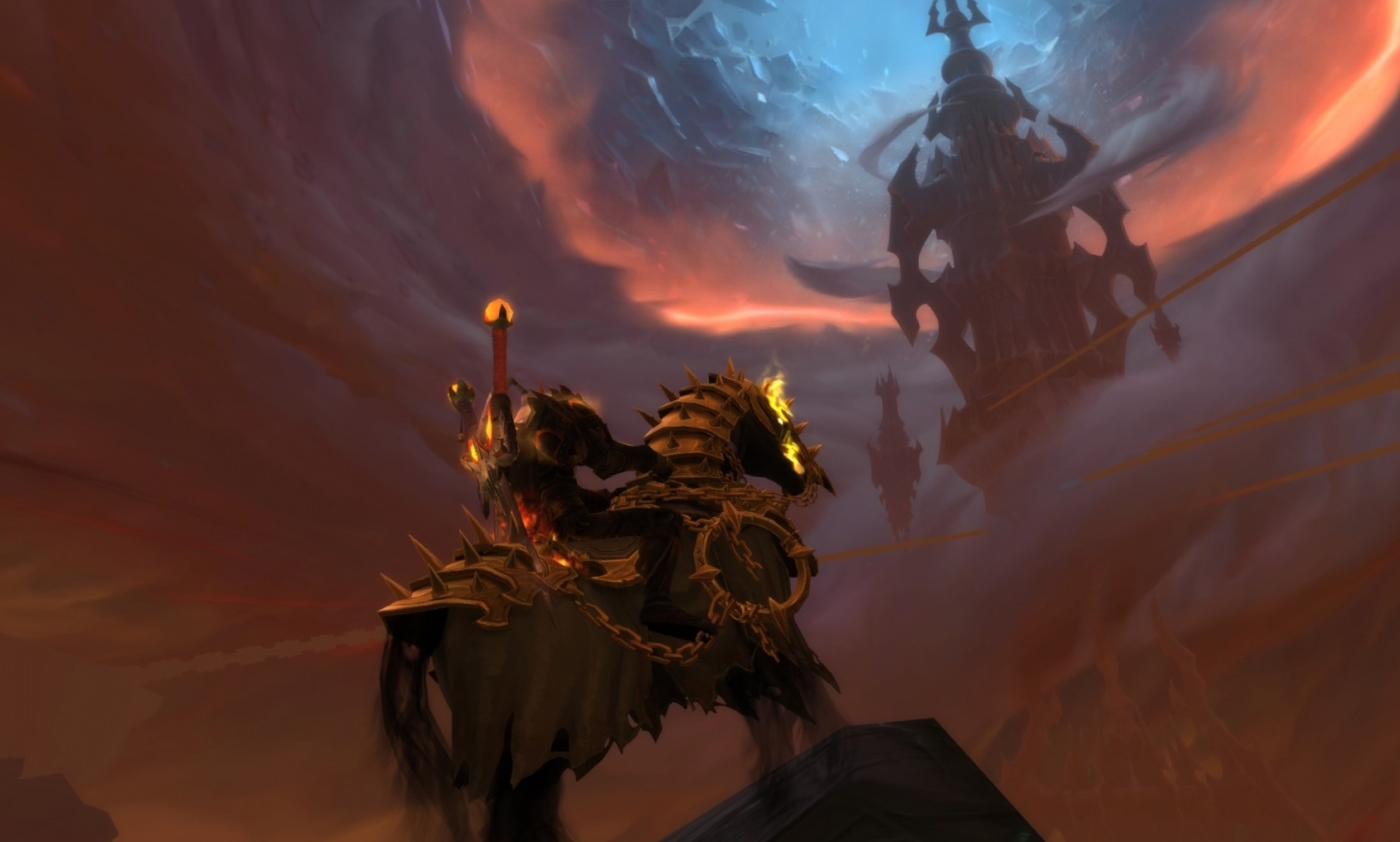 Blizzard upped the drop rate of the Fallen Charger immensely on Thursday, however, adding a hotfix into the game that tripled the rate at which the mount drops.

“The initial design intention with Fallen Charger was to make it similar to the Time-Lost Proto-Drake, but that setup didn’t match how other rare spawns behave in Shadowlands, so we changed it on the PTR to work like other rares, where players would want to organize to defeat it because the drop chance would be meaningful enough to warrant doing so,” Blizzard said in an official post made on the WoW forums earlier today.

Before today, players could endlessly farm the mount as many times in a single day as they wanted, racking up kills in hopes of coming across the Fallen Charger’s Reins. Now, players will see the item dropped at a much higher rate.

“There’s a growing sense of frustration for many as the mount currently feels like something that requires repeated and constant grinding in Group Finder,” Blizzard said.

To offset the massive increase in frequency at which players will see the mount drop, Blizzard implemented a daily lockout on the Fallen Charger, which prevents players from killing the actual mob that drops the mount more than once per day.