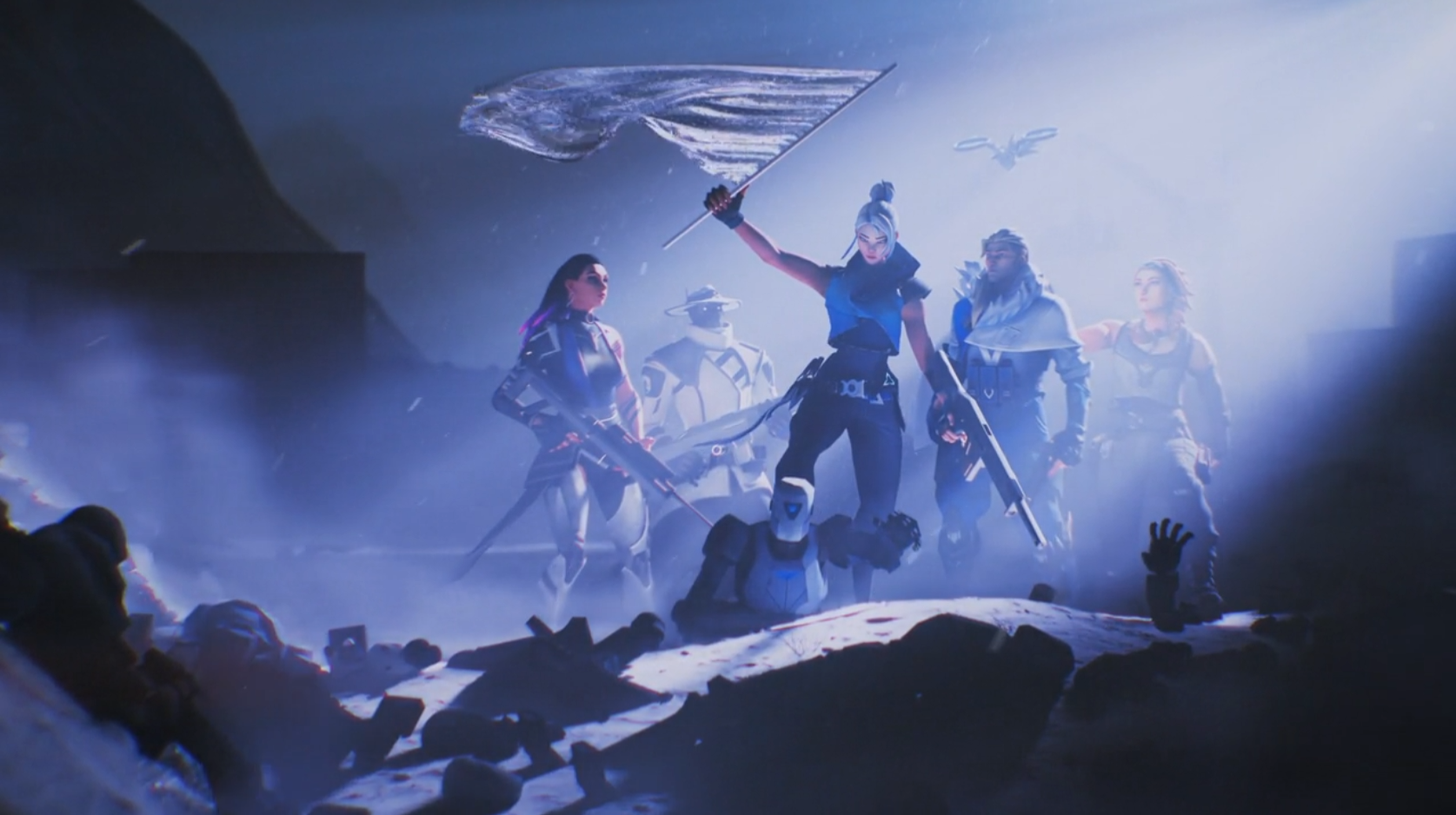 The piece, which was recently shared online by the author, was intended to be part of the celebratory graphics for Team Liquid’s qualification for Masters Berlin. “But when they [the team] didn’t qualify in the original tournament,” said Tiago Paixao on Behance, “nothing was published.”

The inspiration for the piece came from Eugene Delacroix’s painting ‘La Liberté guidant le peuple,’ and according to the artist, it was meant to represent the “Revolution of Liquid rising through hard times.”

In a post on social media, Paixao shared the making of the wallpaper inspired by Delacroix’s painting of the French Revolution. While the ‘Revolution of Liquid’ has its own unique take on the subject, the similarities with the original painting are what make this piece of modern art interesting.

To better understand what’s fascinating about the artwork, it’s necessary to have some general knowledge of the original piece. La Liberté guidant le peuple, which is translated to “Liberty Leading the People” in English, commemorates the July Revolution that took place in Paris in 1830 and which led to the removal of Charles X from the French throne.

The main figure holding the flag, which gives the title to the painting, is the personification of Liberty, and the people standing behind and beside her are also idealized figures, who represent the different types of people who took part in the revolution.

Similarly, in the Paixao reproduction, we see Jett holding a flag that at first looks empty, but has the Team Liquid symbol on it next to what it seems to be the author’s logo. But if Delacroix’s painting is filled with fallen from both sides of the revolution, in the modern reconstruction the only victims would seem to be those on the side of the enemies. In fact, the only ones on the ground seem to be practice bots, while the team captained by Jett is formed only by agents.

When Team Liquid qualified for VCT Champions, Paixao wanted to do something “bigger” than just “some wallpapers,” according to the arist. So he and other talented artists came together to create “Together we Rise,” an original VALORANT cinematic representing the team ready to face the best in the world.