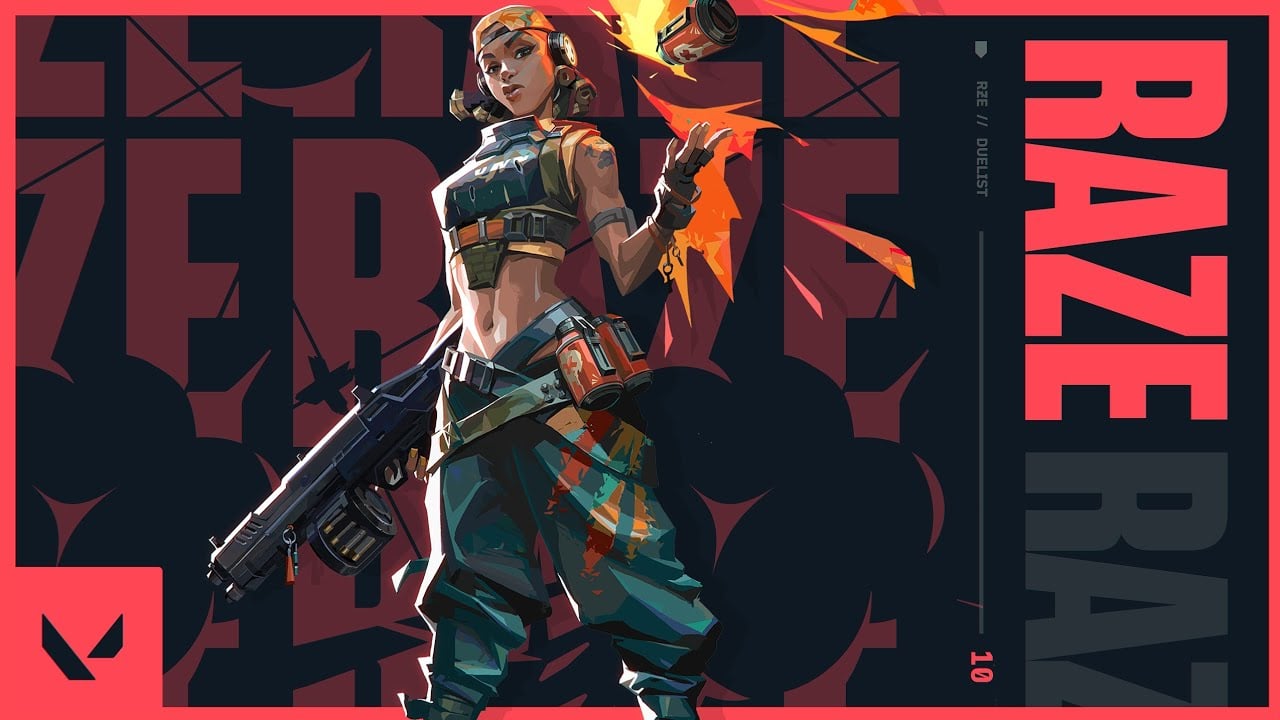 A new VALORANT cinematic shows Raze in action while she repairs her Boom Bot and makes her way through the streets of Brazil with her Blast Packs. The cinematic also features impressive plays from Raze players from around the world and ends with a nod to the mirrored agents introduced in the “Duality” cinematic.

The “Raze: The Color of the Town” cinematic opens with Raze entering her workshop to repair her damaged Boom Bot. Lore enthusiast Disturbo caught two references to Killjoy on the street: What appears to be a doll version of Killjoy can be seen in a window and her boots are hanging on a wire above Raze’s shop.

Raze proceeds to repair the bot until she gets a message from Breach and sets out to assist her team. The video is intercut with in-game clips of players using Raze to clutch rounds. The players are from countries all over the world, showing just how popular the agent is in most regions.

The video ends on an ominous note when what appears to be a mirrored Boom Bot rolls into view. A portal can be heard in the background, which indicates a mirrored version of Raze has entered Earth-1.

The “Duality” cinematic introduced fans to the ongoing conflict between Earth-1 agents and their mirrored counterparts from another version of Earth dedicated to stealing Radianite. The end of the “Duality” video confirmed more teams would invade Earth-1—and it appears a mirrored Raze has already made the jump.

VALORANT lore is still shrouded in mystery, but the latest cinematic gives fans a slightly better look into the world of the tac shooter.