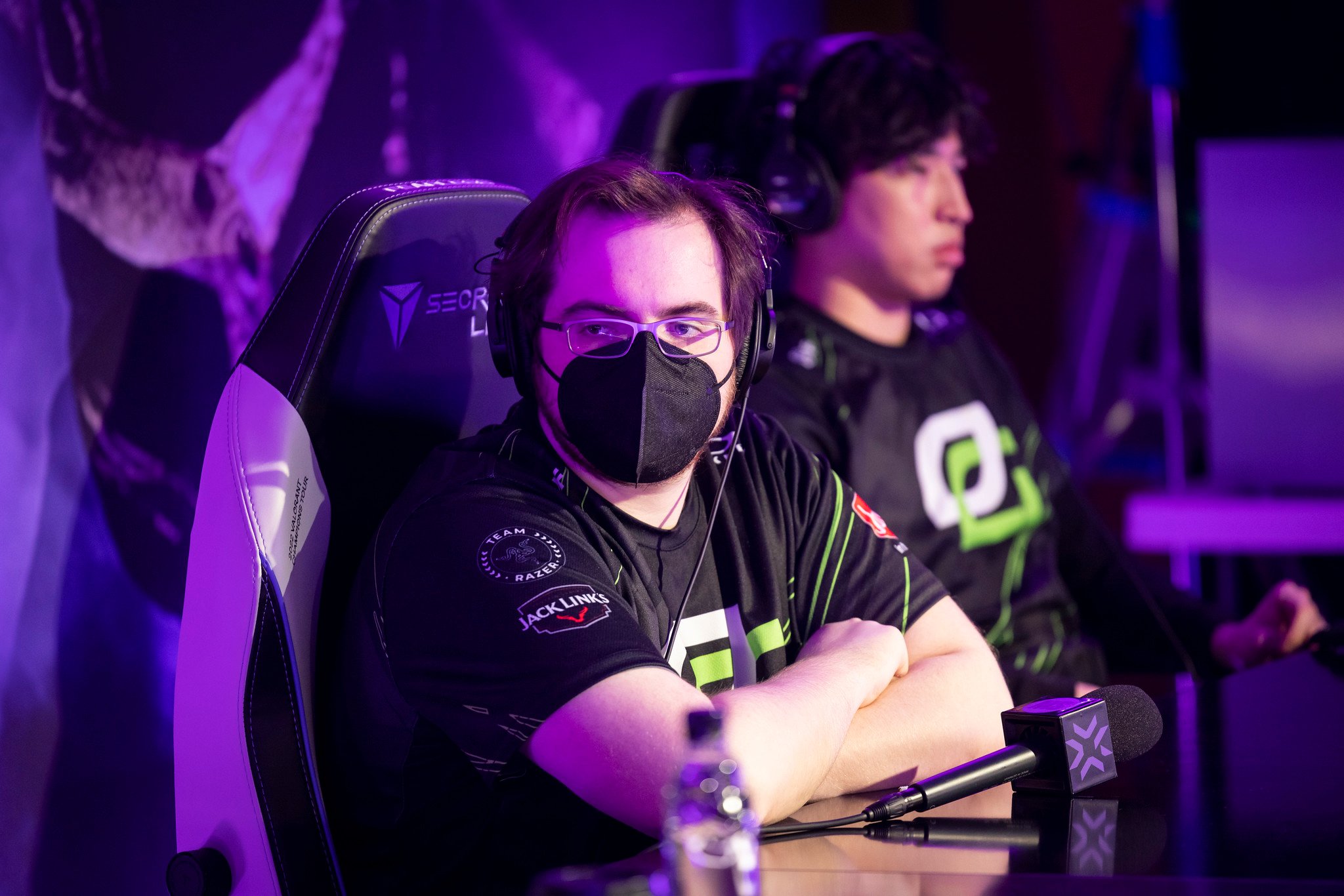 OpTic’s opening round loss to Guild at VCT Masters Copenhagen was surprising, to say the least. But the most stunning aspect of the reigning Masters champs’ loss was the uncharacteristically poor performance of superstar Jaccob “yay” Whiteaker.

Since joining the roster during the team’s days as Envy, just prior to Stage Three of the 2021 VCT season, yay has been a foundational aspect of the roster in both the Jett and Chamber roles. Prior to the match against Guild, yay had only posted a negative K/D ratio in two matches. In both instances, against XSET and Evil Geniuses during Stage Two this year, OpTic lost.

But in those losses, yay’s K/D ratio was only -1 against XSET and -2 vs. EG. Against Guild, his K/D ratio was a staggering -16. Across both maps, yay was held down at the bottom of the scoreboard and was even held scoreless through the first four rounds of Icebox and the first seven rounds of Split. His overall ACS of 149 is also his lowest for a series since joining the roster. Additionally, his typical first blood success rate averages over 60 percent, but he only won 50 percent of his opening encounters against Guild.

While yay’s performance was poor, the blame can’t be squarely placed on his shoulders. Marved was the only player on the team to post a positive K/D rating, and only he and crashies posted a kill-assist-survive-trade percentage over 70. Victor also had a tough day on the server with a -16 K/D rating and a dismal opening duel win rating of 29 percent but was able to at least supplement that with 24 assists across both maps.

It’s not all doom and gloom for OpTic, though. As uncharacteristic as the loss was for yay and company, it’s worth noting that the team started their Masters Reykjavík run with a 2-0 loss at the start of groups. Additionally, as poorly as the team played against Guild, they still were able to muster comebacks on both maps, losing by two rounds each on Icebox and Split.

OpTic will have a day off to recover and refocus before facing LOUD in a grand finals rematch occurring much earlier than both teams likely expected. The two teams will meet in a do-or-die series on Tuesday, July 12, at 2pm CT.