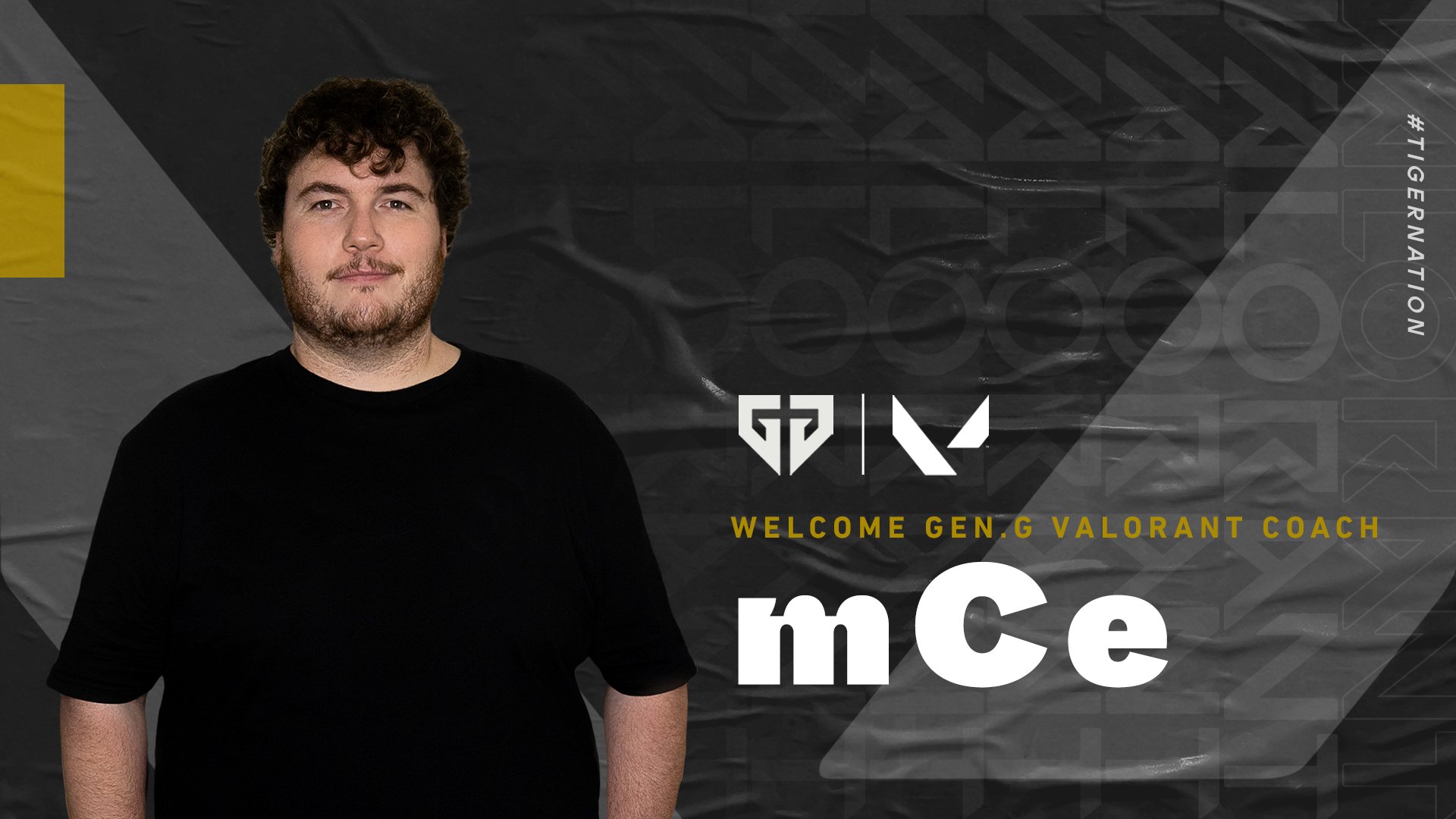 MCe is swapping over to VALORANT after more than four years in the professional CS:GO scene.

He retired as a player in 2018 following his time with Dignitas and began coaching across multiple strong teams, including Rogue, The Quest, and Chaos Esports Club. His time with Chaos from February 2020 to Jan. 1 this year is where he saw the most success, helping coach his team to multiple wins, including a first-place finish at DreamHack Masters Winter 2020: North America in December.

He’s taking over a roster anchored by Kenneth “koosta” Suen and Shawn “Shawn12590” O’Riley that’s gearing up to compete in the North American region for VALORANT Champions Tour 2021 through Challengers over the next several weeks.

After the signing became official, mCe talked with Dot Esports about how he’s handling the transition to VALORANT, his time spent with Chaos, and what he’s looking forward to most about competing with his new team.

How excited are you to coach Shawn? What’s the one thing you would tweak about his game?

mCe: Obviously I’m very new in the VALORANT scene but he’s showing huge promise as an individual. He’s been phenomenal for us and I think he can only get better. If there’s one thing I would tweak about his game, it would be his patience because sometimes he needs to just hold to wait for his team.

What do you think is the key to Kenneth “koosta” Suen successfully transitioning from CS:GO to VALORANT?

I think the understanding of how the game plays and the subtle ways it differs from CS:GO. Once he gets more reps in, I think he can be a really good player as well. Just the other day though, for instance, he found out he could activate Cypher cages from his camera. It has been fun watching him learn little tricks and clever plays.

How are you handling your own transition over from coaching and breaking down CS:GO to VALORANT?

Not being able to be in a server all the time is definitely annoying because it’s much harder to watch multiple people at the same time. I’ve always been innovative, though, and I have really been enjoying trying to find new darts and different lineups and ideas for strategies. It will take time but I know I can handle the transition well.

What have been the biggest challenges and what do you think will have made the change worth it in your short time doing it so far?

I mean the biggest challenges are that the different ways to study the game and analyze the game are really bad right now. There aren’t replays or anything, it’s all just watching Twitch VODs or YouTube videos of tournaments, which is kind of annoying. I’m most excited about the potential for Riot’s support. I think the game can become a really big title and it will be fun to hopefully experience the ride.

What was so special about Chaos this past summer? Did it sting for the journey to end after arguably its greatest chapter?

You had a group of guys that just wanted to win. They were extremely talented and smart players who liked playing together. It is fairly rare that you get a group where everyone actually likes each other and are friends with each other.

We had a ton of fun playing the game together and that’s something I’ll always be able to reminisce fondly about. It was bittersweet to finally get to that point as a team where we could’ve started getting invited to international tournaments just for everything to fall apart for sure.

Are you looking forward to counter-stratting some of your old players like Nathan “leaf” Orf and Anthony “vanity” Malaspina?

Both of them are on strong teams, so I’m sure we will be seeing each other here and there. I don’t know if “looking forward” is the right phrasing but hopefully I can have some impact in that department against their teams.

Looking ahead to the VALORANT Champions Tour Challengers weekend, you face NRG, who defeated you after you had both already qualified. How do you prepare for a team full of experience and is the familiarity of facing lots of former NA CS talent a boost?

Well hopefully we show up a little better than we did and some of the things we’ve been working on show dividends and help us out. They have some really talented individuals that if they are feeling it are super difficult to play against. I think you prepare the same as any other team though except for their rotations and setups will be more thought through than some of the other teams potentially.