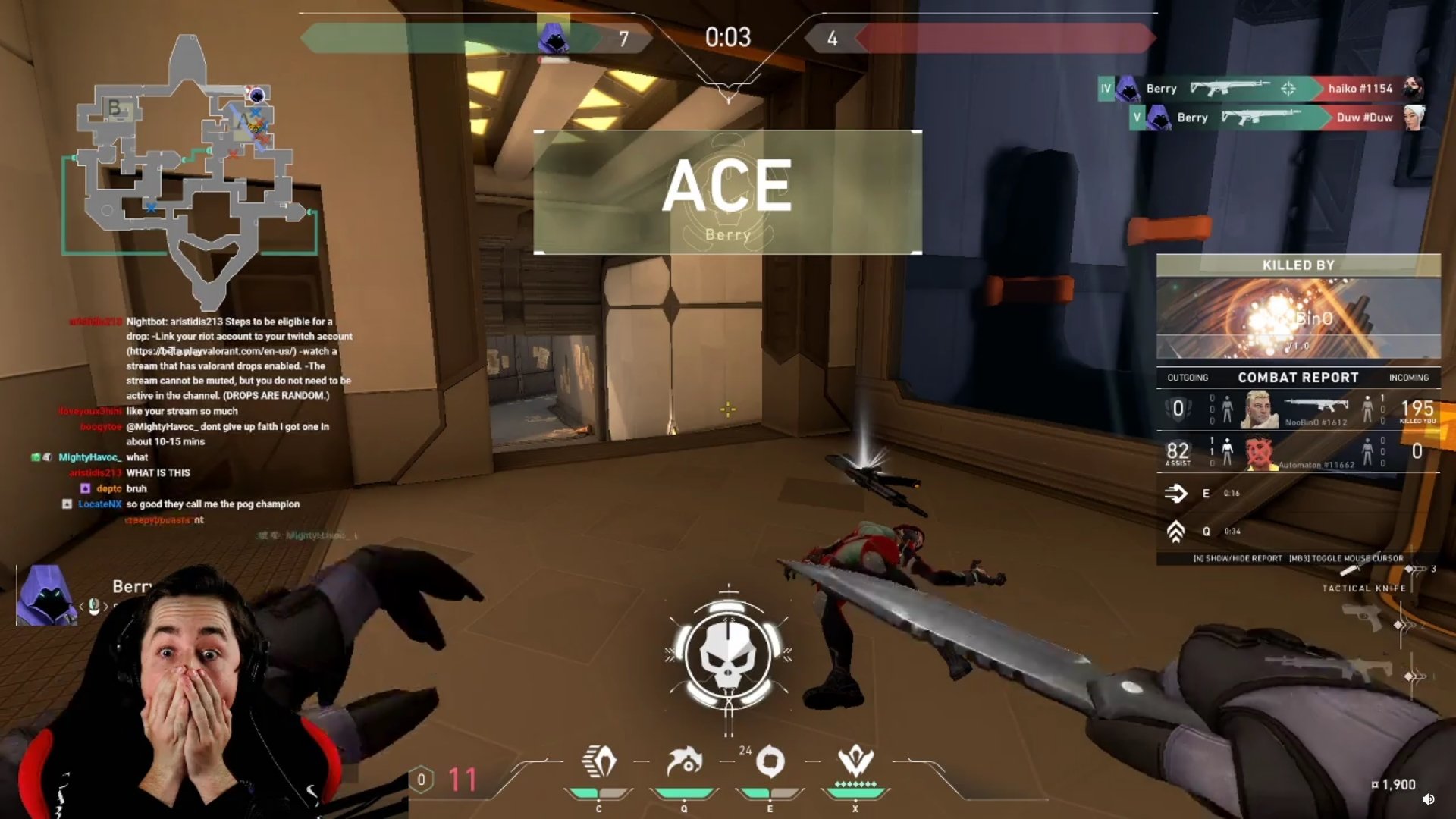 Your social media feed has probably been filled with all sorts of VALORANT clips this week. And it’s rightfully so—the beta has been a smash hit on Twitch and with gamers everywhere.

But you can forget about all those other clips you’ve seen so far. This ace captured by streamer JhbTeam and then posted to Reddit by the gamer responsible for it all will be the best you’ve seen yet.

On top of the amazing skill put on display, you have JhbTeam randomly dancing and bouncing in his gamer chair, having a blast to “I’m So Excited” by The Pointer Sisters, going back and forth between the game and a fullscreen face cam. It’s pure mayhem. It’s what Twitch clips are built for in every sense.

The transition on the streamer’s face, from indifference to pure disbelief, is something to behold. And so are the shots put in by the player on display, named Berry in-game.

This isn’t just a one-vs-five ace, but it’s an ace that’s accomplished in literally five seconds. Just five seconds. Berry took down the entire enemy team in what amounts to a quarter of the time that you should spend washing your hands. It’s absolutely insane.

Berry went on to drop 51 kills in the game, according to the comments on Reddit.

VALORANT’s early success might have a lot to do with beta keys and hype, but this clip shows that it’s capable of some ridiculous Twitch content, too. As gamers, we should all be excited.