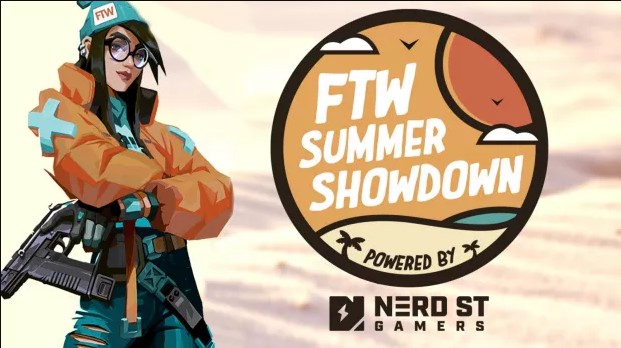 FTW stands for “For the Women.” The event will feature eight all-women’s VALORANT teams competing for a $10,000 prize pool. The sponsors include G FUEL, with five ambassadors competing, and T1, the pro esports team co-owned by Spectacor Gaming.

“We want to give more women a seat at the table in this industry—both for competitors and for women seeking a career in esports,” said Nerd Street senior marketing director Paige Funk. The qualifier will take place this Saturday, Sept. 5. Teams can register here.

This will be the first all-woman VALORANT tournament. It’ll split the eight teams into two groups, with the top two teams from each group advancing to the playoffs. The playoffs will be a single-elimination bracket to decide the ultimate winner.

Nerd Street and T1 previously hosted an Ignition Series event for VALORANT in June, the T1 x Nerd Street Gamers Showdown, where T1 were defeated by TSM in the finals. Teams such as 100 Thieves, FaZe Clan, and Cloud9 participated in the tournament.

“From the players to the logistical staff, this tournament is a testament to the power that women have to drive the gaming industry forward today and in the future,” Funk said.

The For the Women initiative was first launched by Spectacor in 2019 to create more opportunities for women in the esports scene through competition and content. “The whole mission of FTW is to get women together across all sectors of esports to pave the way for the next generation of gamers,” said Spectacor Gaming communications manager Kelsey Rowley.

The FTW Summer Showdown will be streamed on the Nerd Street Gamers Twitch channel at 2pm CT. No team names have been announced yet, but it’s expected that Godsent, the first all-female VALORANT pro team, will be one of them.