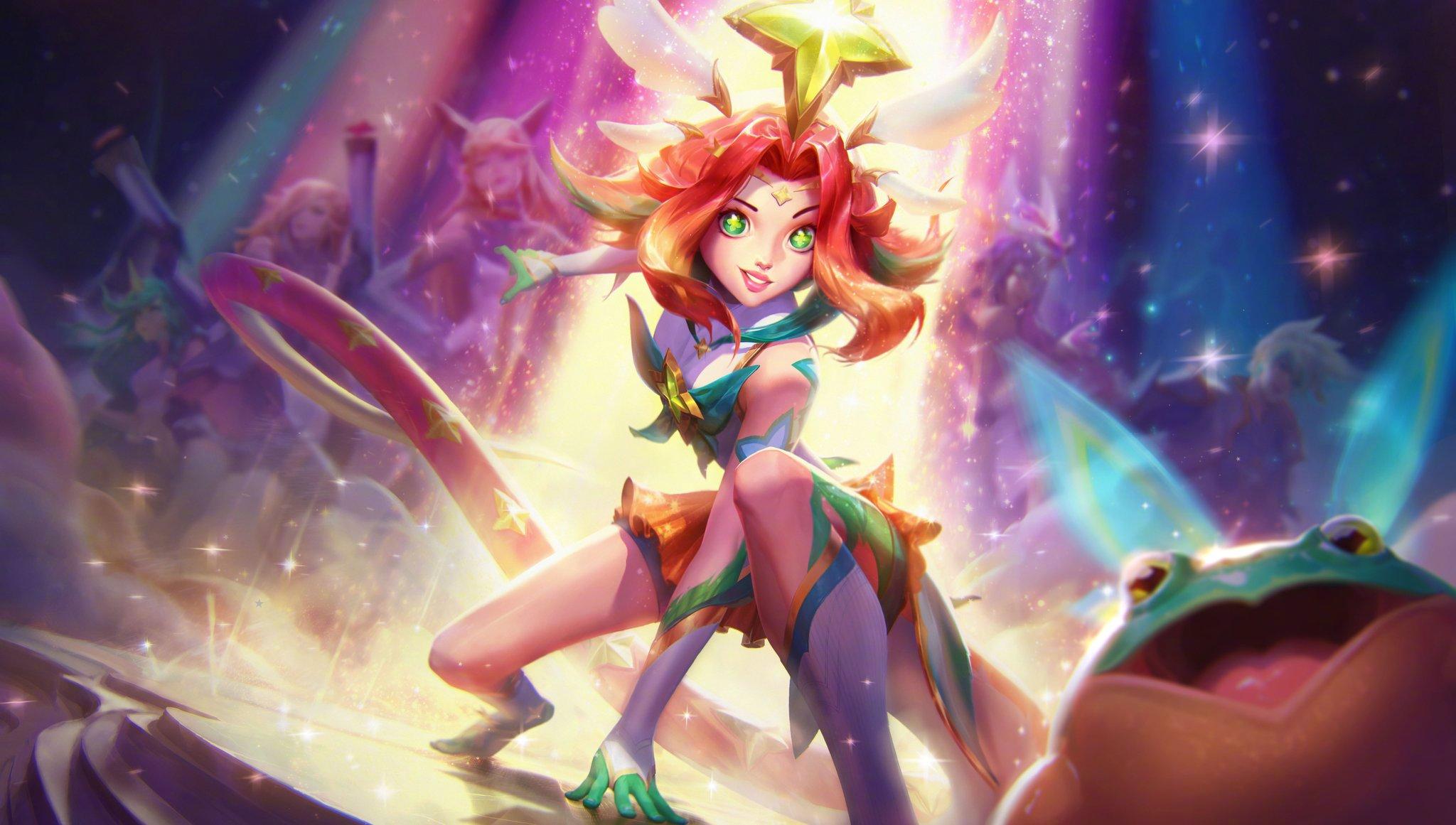 Teamfight Tactics player Wrainbash has once again compiled a list of team compositions used by Challenger players in Patch 10.14.

The new TFT patch brought some major shifts to the autobattler’s meta. Extensive buffs to Star Guardians helped the trait elbow its way to the front of the pack. Cybernetics, on the other hand, were dethroned after receiving nerfs to their bonus health and AD. Dark Stars and Protectors make for healthy replacements, however.

Here are the best comps for stomping your opponents in Patch 10.14.

With Cybernetics benched, Star Guardians have made their way to the top—and they’re scary.

Patch 10.14 tweaked the mana totals for every Star Guardian unit, helping them cast their abilities faster and more often. Former League of Legends pro LeDuck recommends putting Neeko in front, equipping her with a Guardian’s Angel and an Ionic Spark. This should give her survivability while also decreasing the magic resistance of nearby enemies.

This should help your entire fleet of Star Guardian Sorcerers deal devastating damage from the backline. And putting a Blue Buff on Syndra will help her delete enemy after enemy. This was so problematic that Riot issued a hotfix that pushed her maximum mana to 50, up from 40. But the unit is still capable of being your star carry, especially with a Rabadon’s Deathcap for extra ability power.

LeDuck also recommends slow rolling at level seven to three-star your two carries, Neeko and Syndra. And players can use Poppy in the early stages of a game before replacing her with Janna.

Dark Star carries Jhin, Jarvan IV, and Shaco are once again champions to be feared.

Patch 10.14 was friendly to the three units, Jhin especially. The Virtuoso received buffs to his attack damage, attack speed, and fourth shot damage, letting him wreak havoc on the Convergence. Former League pro Sologesang suggests equipping Jhin with a Last Whisper and Infinity Edge so he can melt the enemy team one-by-one. And a Guardian’s Angel should give him a second breath of life in case a pesky Infiltrator gets through.

While Jhin is in the backline, your Jarvan will tank everything in the front. A Bramble Vest and Warmog’s Armor will help keep him alive and buy time. Shaco, armed with a Bloodthirster and GA, will take out the enemy carries easily.

The six-unit Dark Star bonus will offer an additional 28 AD and AP to your units for every ally unit that dies. This should help Jhin, Shaco, and Xerath scale well throughout a round. Throw an Ashe in the corner to complete the two-unit Sniper buff, too.

Protectors are back and tankier than ever.

While the recent patch didn’t buff the trait directly, Protector units Jarvan, Rakan, and Neeko each got an increase to their tankiness. Players can then choose to pair Protectors with Snipers or Sorcerers.

If you’re going the Sorcerer route, former League pro Saintvicious suggests putting a Luden’s and Blue Buff on Syndra to make her the carry. Neeko will still be your frontliner so she’ll need tanky items, like Warmog’s, Bramble Vest, and Quicksilver. Then, players can throw in one more Star Guardian, like Janna, and have a three-unit SG, four-unit Protector, and two-unit Sorc comp.

Players who opt for the Sniper route will make Jhin the carry, complete with a Last Whisper, Infinity Edge, and Guardian’s Angel. An Ashe will need to be put in as well so that you get the two-unit Sniper bonus.

Urgot and Xin Zhao are also good options to complete the Protector bonus.