Taking place from June 23 to 24, the Twitch Rivals Tag Team Dragonlands event features top streamers and esports competitors. The event will showcase gameplay from Patch 12.12, an update that rebalanced a number of champions, traits, and Draconic Augments. Prior to the start of the Twitch Rivals Tag Team event, a Patch 12.12 hotfix was shipped by the TFT team, hitting Volibear and Daeja.

The TFT Tag Team tournament features a total of 24 players, broken into 12 teams.

Six games will be played each day, with only eight teams advancing to the second day of the event. Teams will be placed in the same lobby, with lobbies rotating every two rounds. All players who advance to the second day of the TFT Twitch Rivals Tag Team event will earn a slice of the total $10,000 prize pool. The event will be casted by WavePunk, Bryce “esportsslaw,” and Riley “Jirachy.” 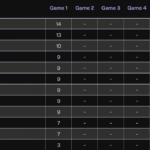 The teams were divided into three lobbies and a total of six games were played. The lobbies were rotated every two games. The much-needed hotfix to Daeja didn’t take the dragon out of commission, showing signs that she is still a solid carry. Volibear looked like he did during the Dragonlands launch but the Dragonmancer trait performed better thanks to a Karma bug fix, along with buffs to Lee Sin and Swain. 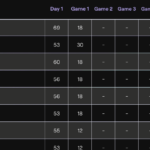 Day two of the TFT Twitch Rivals Tag Team tournament began with four fewer teams and an increase of points awarded each game. All players were split into two lobbies, with lobbies rotating every two games over the course of six total games. Points awarded were doubled per placement, and points from the first day carried over into day two.