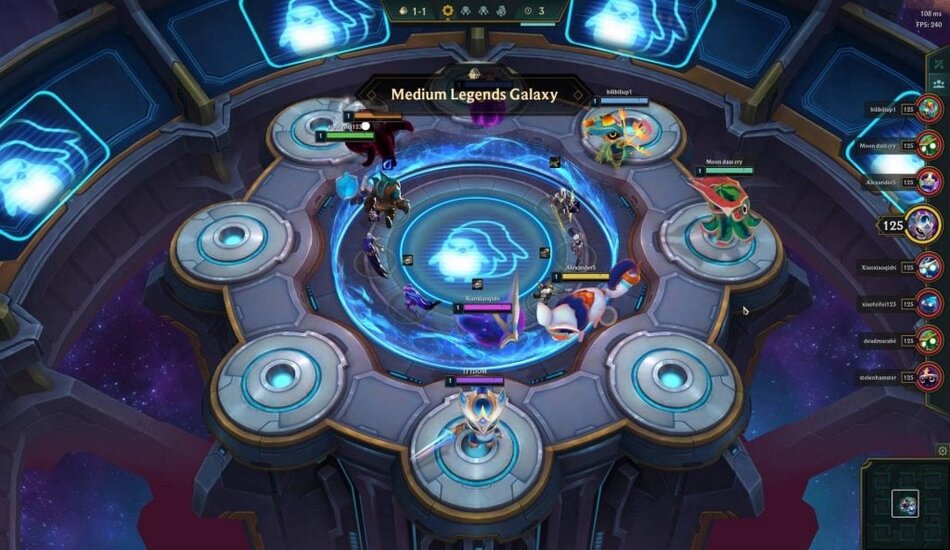 Teamfight Tactics Galaxies will start rotating one in and one out with the 10.13 update, Riot Games announced today.

Galaxies in TFT provide an additional layer of strategy to the existing meta, keeping players on their toes while ranking up the ladder. A new Galaxy, Little Little Legends, was just introduced in Patch 10.11. And with the TFT Set Three mid-set update, Lilac Nebula will get removed from the list of Galaxies.

Heading into Patch 10.12, there will still be a total of nine Galaxies:

Starting with the 10.13 update in TFT, Galaxies will begin rotating per patch. One new Galaxy will enter the fray while another will get removed until the next patch. This rotation will occur for the remainder of Set Three.

In addition to the Galaxy rotation, a number of other small changes will begin taking place with the TFT Set Three mid-set update. Champions can be sold back for their full value while the tier three champ pool is being extended from 16 to 18 copies of each champion. And Neeko’s Help will always work, even if there isn’t a champion left in the pool.