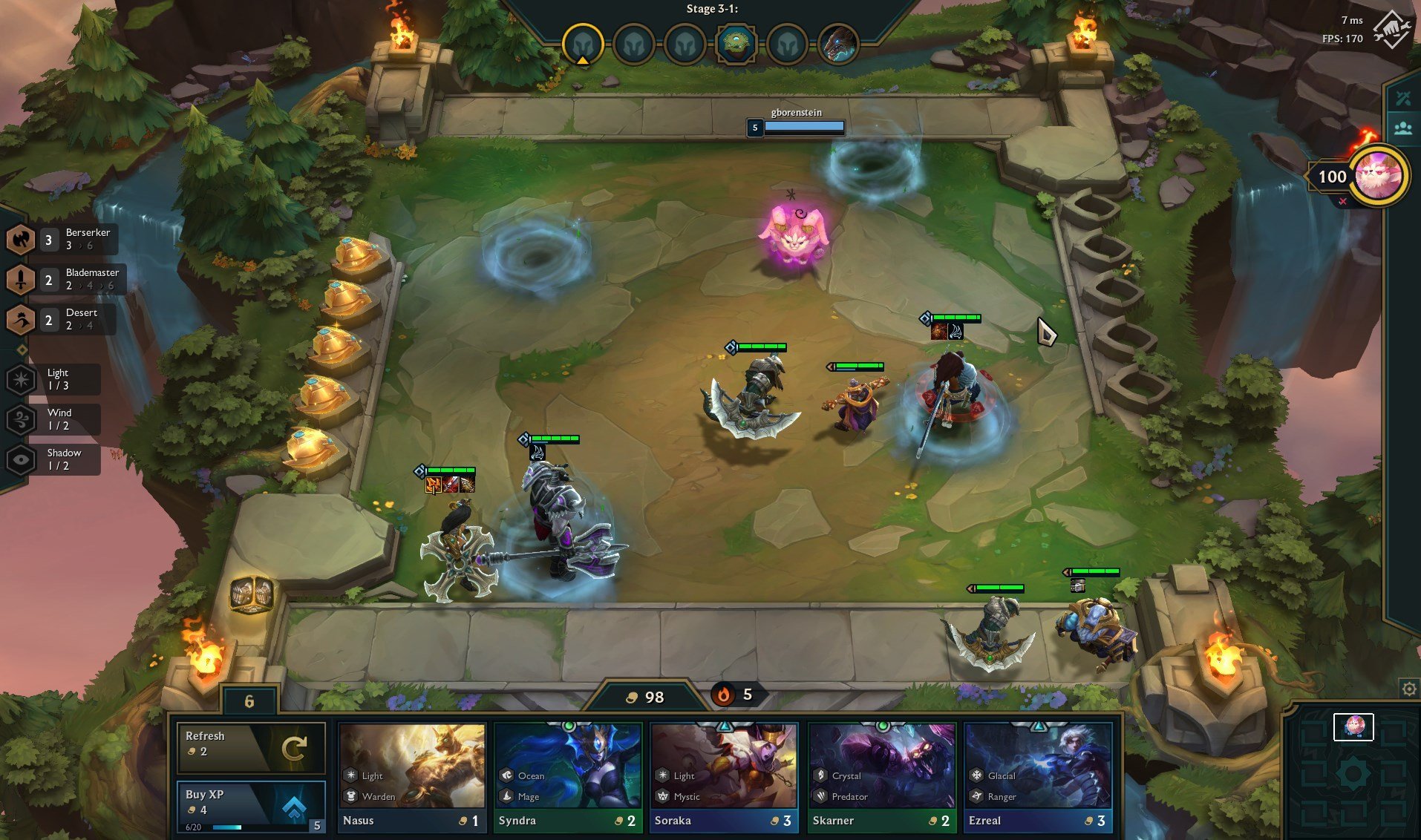 If the new champions, classes, origins, and items weren’t enough, an Elemental Hex feature is coming to Teamfight Tactics with Set Two: Rise of the Elements.

Twitch educational streamer William “scarra” Li revealed Elemental Hexes yesterday, a core mechanic coming to Riot Games’ autobattler that may dramatically shift the meta. In keeping true to the “elemental” theme, individual hexes on the board will be altered by fire, wind, water, and earth—just one short of summoning Captain Planet.

“So every game, there will be Elemental Hexes on the board,” scarra said. “They’ll be positioned randomly throughout the board and you can put your units on them to gain buffs.”

Every element has its own hex and gives a different bonus to the unit standing on it.

The Ocean Elemental Hex gives a unit an extra 30 mana at the start of the round. Units who benefit from getting their ultimate faster, like Lux, would be ideal candidates. The Inferno Hex is perfect for auto-attacking units, like Twitch or Vayne. It increases the champion’s attack speed by 30 percent. Wind Hexes give units a bit of Yordle magic, increasing dodge chance by 30 percent. And Mountain Hexes make tanky champions, like Malphite, even tankier. The champion’s permanent hit points (HP) increase by 30 every round for the rest of the game.

Only two elements will appear per game and they’ll spawn at specific points in the match. The first Elemental Hex appears after the initial carousel and the second one spawns at round 3-1, according to scarra.

Each player will get the same Elemental Hex and it’ll be placed in the same position on everyone’s board. Units will need to have an item slot available, however, since the Elemental Hex takes one up.

This mechanic will force players to shift their units’ positioning around to maximize the bonus from the hexes. It’ll also affect item prioritization since players may have to sacrifice using a third item for a hex’s bonus.

Set Two: Rise of the Elements is now on the Public Beta Environment (PBE) and it’ll go to the live servers in early November.