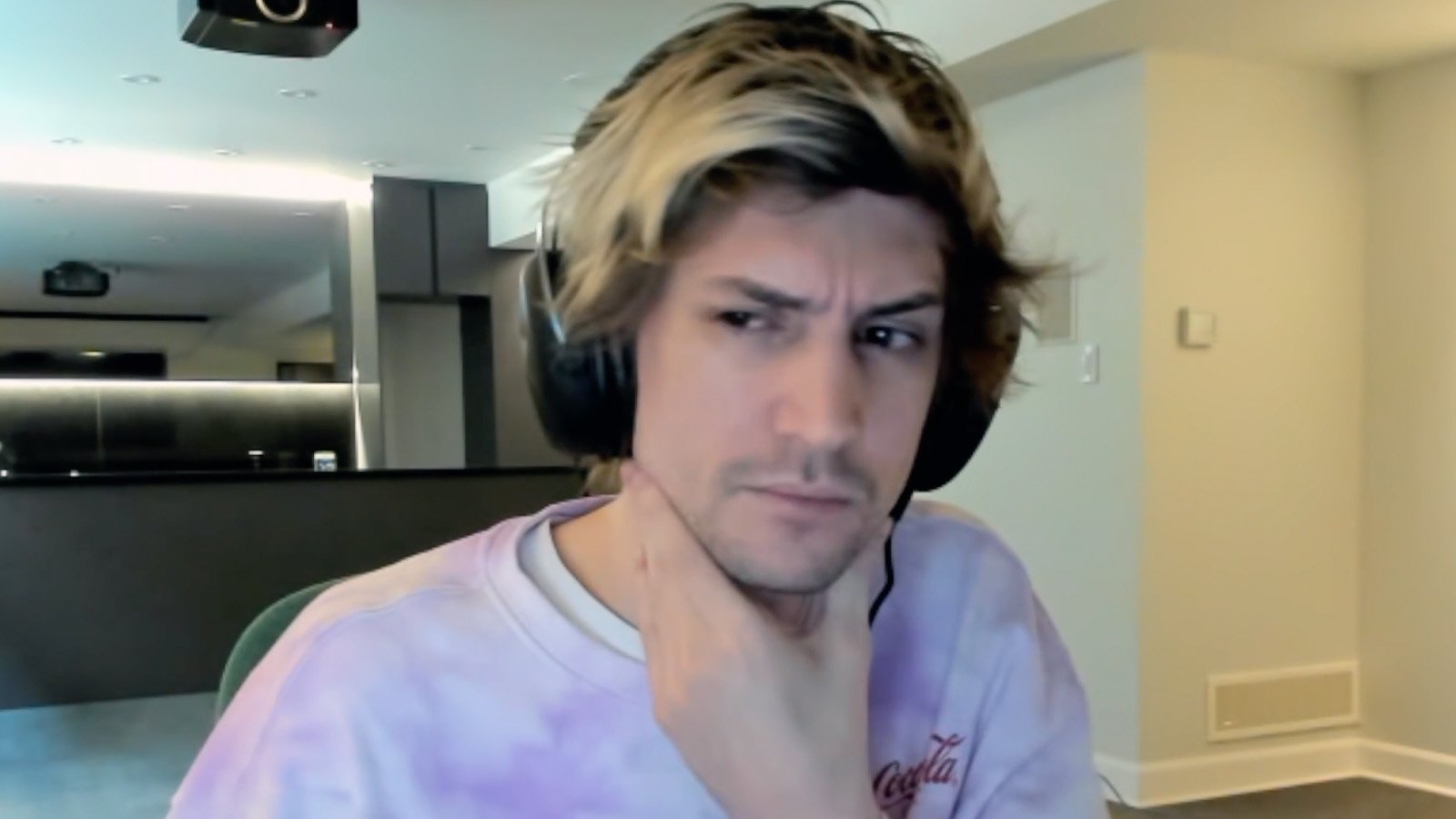 The past 48 have been fraught with Twitch streamers pulling back the curtain to expose one another’s dirty laundry, and while one might think that would concern the platform’s most-watched streamer, xQc isn’t worried in the slightest.

Discussing some of the drama that has unfolded in the wake of a controversy involving Sliker allegedly owing people hundreds of thousands of dollars, xQc said that he has no worries about any personal information of his that could go public.

On Twitter, Malena, known for being the girlfriend of Nick Polom and roommate of Sodapoppin, said that she has a “whole fucking book worth” of dirt on streamers that she believes are playing “leak wars.” The tweet has since been deleted.

From xQc’s perspective, only good things can come from all of the dirt being aired out.

“If she’s got dirt on me, do it,” he said. “Leak it. Anything that it could possibly be, leak it. I’m not kidding. I’m not afraid of anything. … I don’t have skeletons in my closet. When will people understand this?”

The popular former Overwatch League pro hasn’t necessarily lived a controversy free life, but based on the amount of scrutiny he receives on a regular basis, it’s difficult to believe that he’s bluffing. As recently as a few days ago, he publicly dealt with issues surrounding a breakup with fellow creator Adept.

Meanwhile, it’s difficult for xQc to have much of a life outside of his stream when you consider the sheer volume of airtime he has broadcasting. This year, he’s streamed for 2549 hours and 20 minutes already in 263 days, which is 6,312 hours. That means that he’s spent around 40 percent of his year on stream, and that doesn’t account for whatever sleep he does—or doesn’t—get.