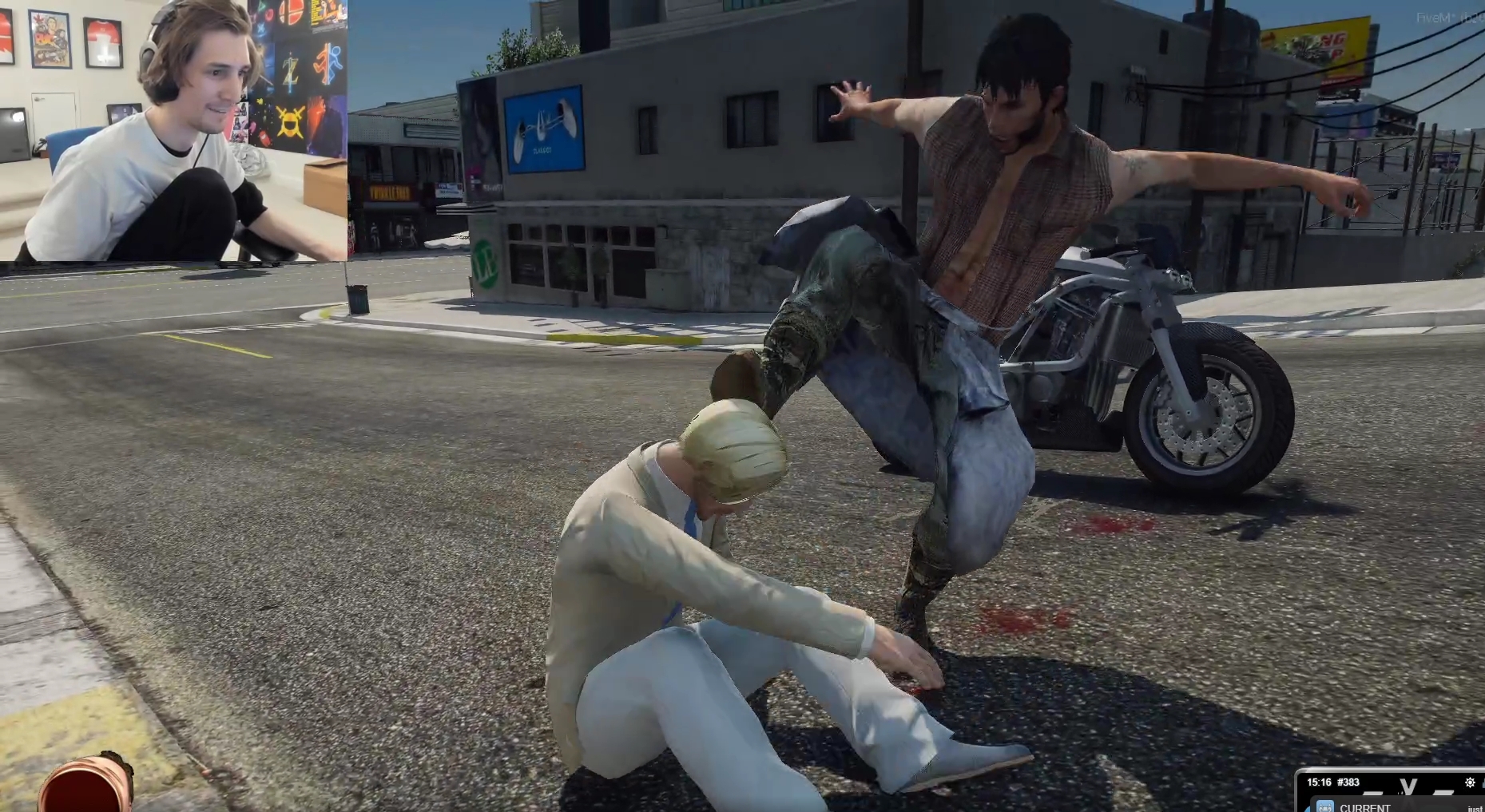 It didn’t take very long for xQc to create more hilarious GTA RP content after being unbanned, whether it was intentional or not.

Just a few hours after realizing he was unbanned from the NoPixel RP server, xQc was roaming the streets of Los Santos with his nefarious ‘X’ character, looking for trouble. And he found it.

XQc was in the midst of attempting to steal a motorcycle from an NPC, or a “local” as they’re known on the server, when the AI character fought back with a vengeance. What came next was just plain funny.

NPCs will often attempt to defend themselves if someone tries to steal their vehicle—and this local was not having any of X’s shenanigans. In the hilarious clip, the local handily defeated him in hand-to-hand combat.

The content is made even funnier with GTA V’s ragdoll physics, which sees xQc get launched into the air and then finished off with a kick to the face that sends him flying—and leaving xQc speechless.

It remains to be seen if xQc will behave himself long enough to continue making funny content on NoPixel. But with at least two bans under his belt, this might be his last chance in Los Santos.