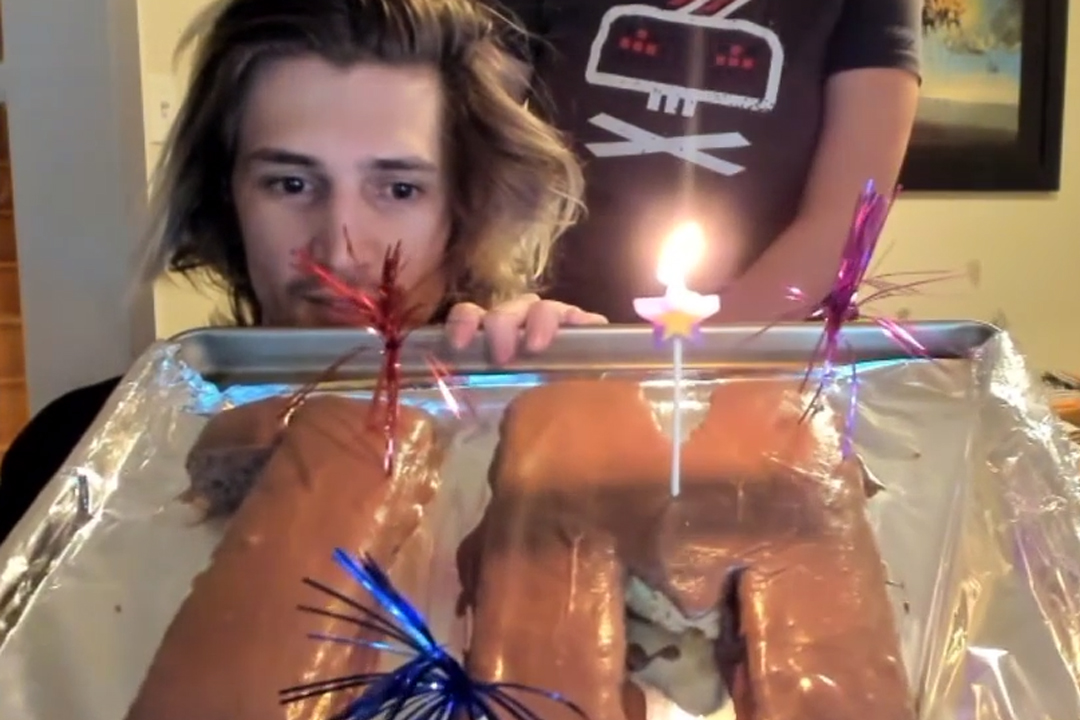 Popular Twitch streamer XQC has reached a new milestone on his YouTube channel after passing one million subscribers.

Surprised during a stream of Among Us, the streamer celebrated this achievement with a cake made in the shape of the number one and the letter m.

After showing the chat, XQC offered them a bite of the cake for themselves, however, as you would expect it didn’t exactly go to plan.

XQC joins over 16,000 other users on the platform in achieving one million subscribers amongst the more than 31 million channels on the website.