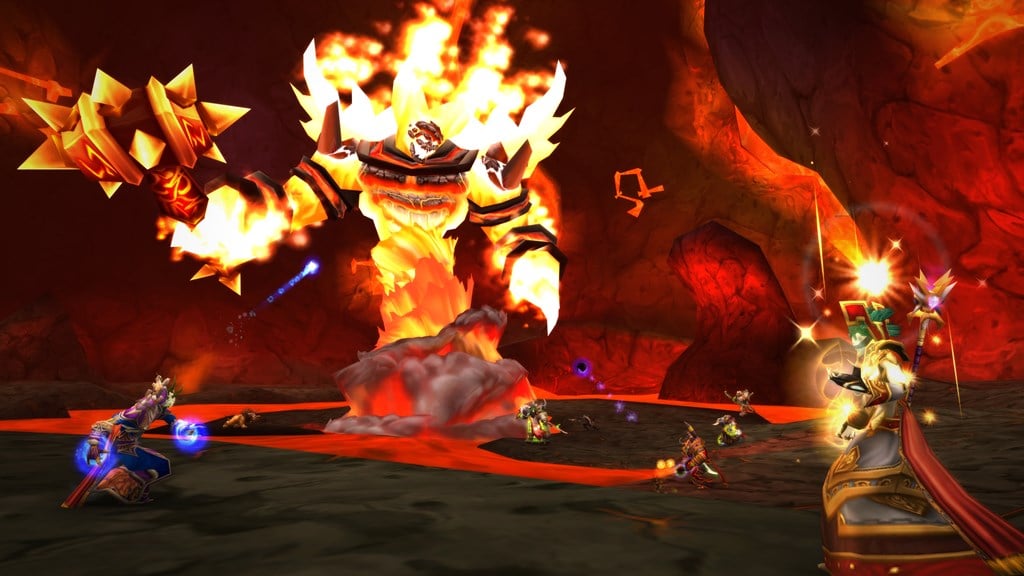 The release of Phase Five in World of Warcraft Classic today represents the start of perhaps the most significant and impactful content to come to the game.

Outside of the game’s launch, this update will bring more items, quests, and changes to Classic than any other phase before it.

Along with a massive “war effort” that will require members of both the Alliance and Horde to gather resources for a fight against the Qiraj Empire, players will gain access to new bosses and loot from dungeons that they’ve been running for almost a year now.

Meanwhile, updates to other elements of the game, like professions and reputation rewards, will give players a laundry list of things to do after the game’s weekly Tuesday reset.

Trying to do everything at once might be overwhelming. But if you go into the week knowing exactly what your character wants and needs to do, the chances that you achieve your goals will improve exponentially.

Here’s a list of some of the things you might want to look into before logging in this afternoon.

The opening of the Gates of Ahn’Qiraj (AQ) is one of the most iconic events in WoW’s original expansion. But that won’t happen right away. First, players from both factions will have to donate an enormous amount of resources to a war effort against the Qiraj Empire.

NPCs for both sides will accept donations of specific items to prepare for the AQ gate opening event. The gates themselves won’t open on a server until all of the necessary resources are gathered.

While many servers have been preparing for months to have the resources needed to open up the gates as fast as possible, it might be worth contributing as an individual to do your part. As a way to reward players for contributing, NPCs reward donations with a small war supply item and “commendations” that can be used to earn certain Horde and Alliance reputations.

Scepter of the Shifting Sands

In addition to each server needing to work to get all of the required resources for the AQ gates to open, there’s a specific questline as well that needs to be completed by any individual on the server.

Rewarding the Black Qiraji Battle Tank mount, known as the “bug mount,” to the first on a given server to complete it, this series of quests is one of the most grindy in the game. And because of the way it requires players to go into two separate instances of the Blackwing Lair raid, it’ll be impossible to complete until BWL resets on Aug. 4.

If you’re just now hearing about this questline, you probably won’t be able to get it done prior to the gates opening. But don’t let that stop you. Despite the chain’s length, it has fruitful rewards outside of the bug mount that will only go to the first people to complete the quest during the AQ gate opening event.

For some players, the dungeons of WoW Classic have become a chore. They’ve been fighting the same bosses for nearly a year now and getting the same loot for just as long.

But you might want to head back to some of those dungeons you’ve gotten bored of for a quick double-take. With Phase Five, there are a handful of bosses that have been added to high-level dungeons. And some bosses that you’ve gotten the same worthless loot from a million times will have different gear that might even be an upgrade.

In addition, there’s another lengthy, lore-filled questline that players can complete to upgrade “dungeon set” gear, often referred to as “Tier 0.” On a journey across Azeroth, players can fight in the open world and summon new bosses in dungeons to turn their old dungeon pieces into epic-quality gear that has some iconic set bonuses.

Between the AQ gate event and new dungeon bosses, the new rewards that certain faction reputations and professions provide in Phase Five will likely be forgotten by some. But a few of the changes will have a large impact on the economy.

Additionally, players will be able to use new “oils” for their weapons. Giving things like mana regeneration and spell power, these items will be a hot commodity for casters and healers as soon as the new content comes out.

Meanwhile, reputation vendors for a handful of neutral factions, like Timbermaw Hold and the Thorium Brotherhood, will have new items for people to buy if they have enough reputation. More importantly, vendors for PvP reputation, like Warsong Gulch and Alterac Valley, will have new gear pieces that players can buy if they’ve spent enough time in either battleground.