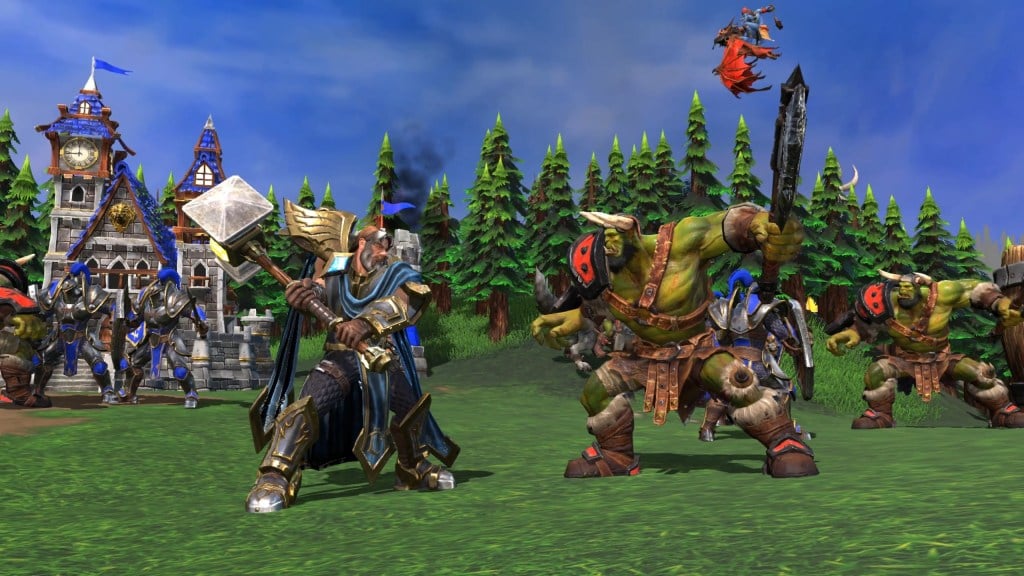 The release of Warcraft III: Reforged last week was hyped and poised to be a boon for content creators who veer toward strategy-based games. But following a slew of less than stellar reviews the game saw weak viewership in its first few days on Twitch.

It didn’t take long after the Jan. 29 release of Warcraft for people to begin expressing disappointment to the point that Blizzard has started offering automated instant refunds to for the game.

The game was riddled with bugs and glitches and cut features from the original game. And some fans also took issue with Blizzard’s inability to improve the game’s graphics the way it seemingly did in the trailer for Warcraft.

Following the onslaught of bad reviews, the game’s reception on Twitch has been tepid to say the least. In the past week, it has generated 3.7 million hours watched on Twitch with a peak of less than 100,000 viewers, according to Stream Hatchet data.

While the game wasn’t playable for all seven days of the past week, its failure to be one of the top 10 most-watched games on Twitch is something you don’t expect from the release of this high-profile of a game.

Of the top content creators to play the game in the past week, just one was among the top 10 personality streamers on Twitch. Sodapoppin led the way for the game with 377,085 hours watched. His average viewership of around 21,000 playing the game was just slightly above his average viewership for the entirety of the past seven days, in which he racked up nearly one million hours watched.

The game’s other top streamers were Korean personality hanryang1125, who averaged around 11,000 viewers playing the game, and Forsen, who had an average of a little more than 12,000 viewers.

Outside of the obvious issues that Blizzard had with the game’s reception, what Warcraft III’s debut struggled with the most was garnering airtime from more endemic gamers. While Soda and Forsen are notable content creators who can generate a sizeable base of viewers, they’re known for playing a variety of games. Their loyal base of viewers will follow them and watch regardless of the game they play.

As strategy-based game made by Blizzard, you might think that in its first week Warcraft III would be able to at least attract enough attention from personalities known for playing strategy games to outperform a game like Hearthstone, at least for a short period of time.

Naturally, Warcraft III wasn’t going to have the same sort of staying power as other top strategy-based games that have new content releases regularly. But much in the way that World of Warcraft Classic captivated Twitch for a moment in time, one would suspect that Warcraft III might generate at least a little bit more buzz.

Instead, many of the top Hearthstone streamers, like SilverName, Thijs, and Kripp stuck to the established Twitch content instead of venturing into the realm of a new game, likely due in part to the poor reception that the game had out of the gate.