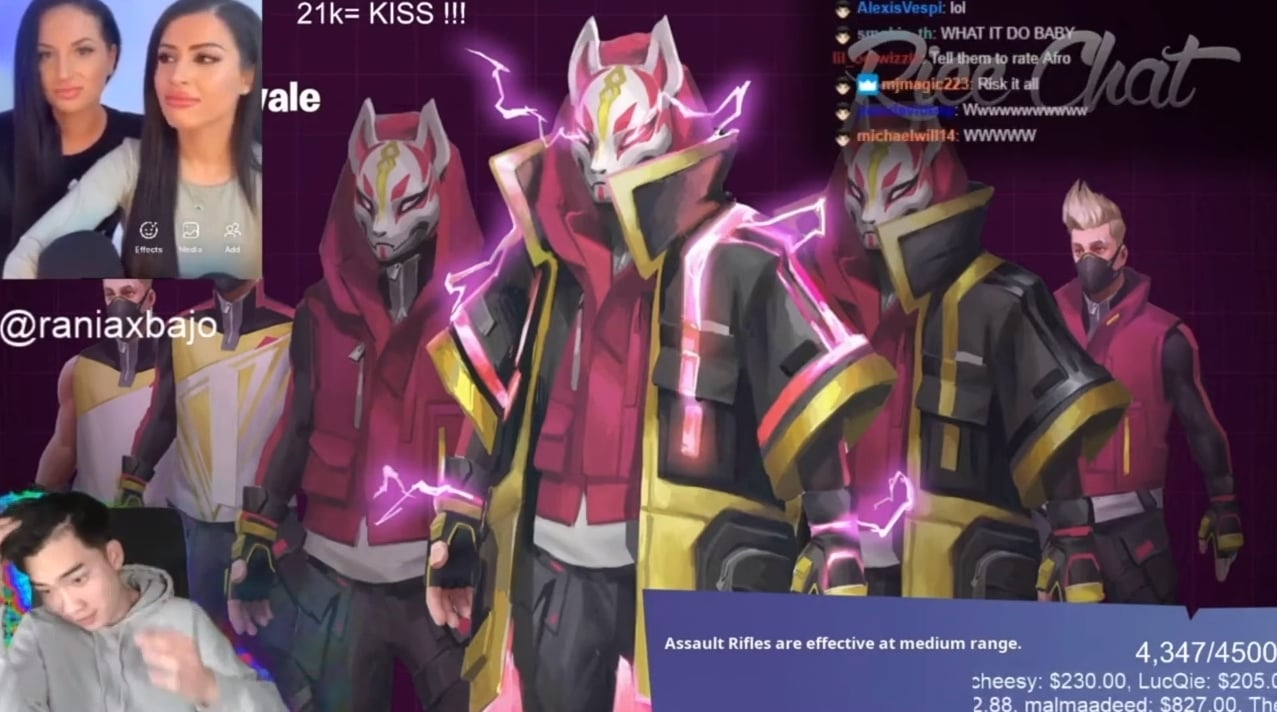 Twitch hit YouTuber and streaming personality RiceGum with a ban today likely as a result of a controversial stream.

Shortly after StreamerBans tweeted that RiceGum’s Twitch channel had been banned, RiceGum said he feels like he’s “going to jail and they needa free me.”

He also said he was going to use the time banned from the platform to “to reflect on mistakes.”

During a recent stream, RiceGum talked with two Instagram models, who kissed on stream. As he continued the stream, he pulled up one of the women’s Instagram Live, where one of the model’s backside was shown.

RiceGum asked, “Is that allowed,” before asking someone in the chat to save the clip. He apologized and then continued to talk about the girls and encouraging viewers to tune in to the women’s IG Live. He also shrugged off viewers that said he may get banned.

“Nah, they were wearing pants, guys,” RiceGum said. “It was like those short-shorts. But ain’t no ban, bro.”

Apparently, Twitch thought differently. The ban’s length is undisclosed, as is the policy with Twitch.