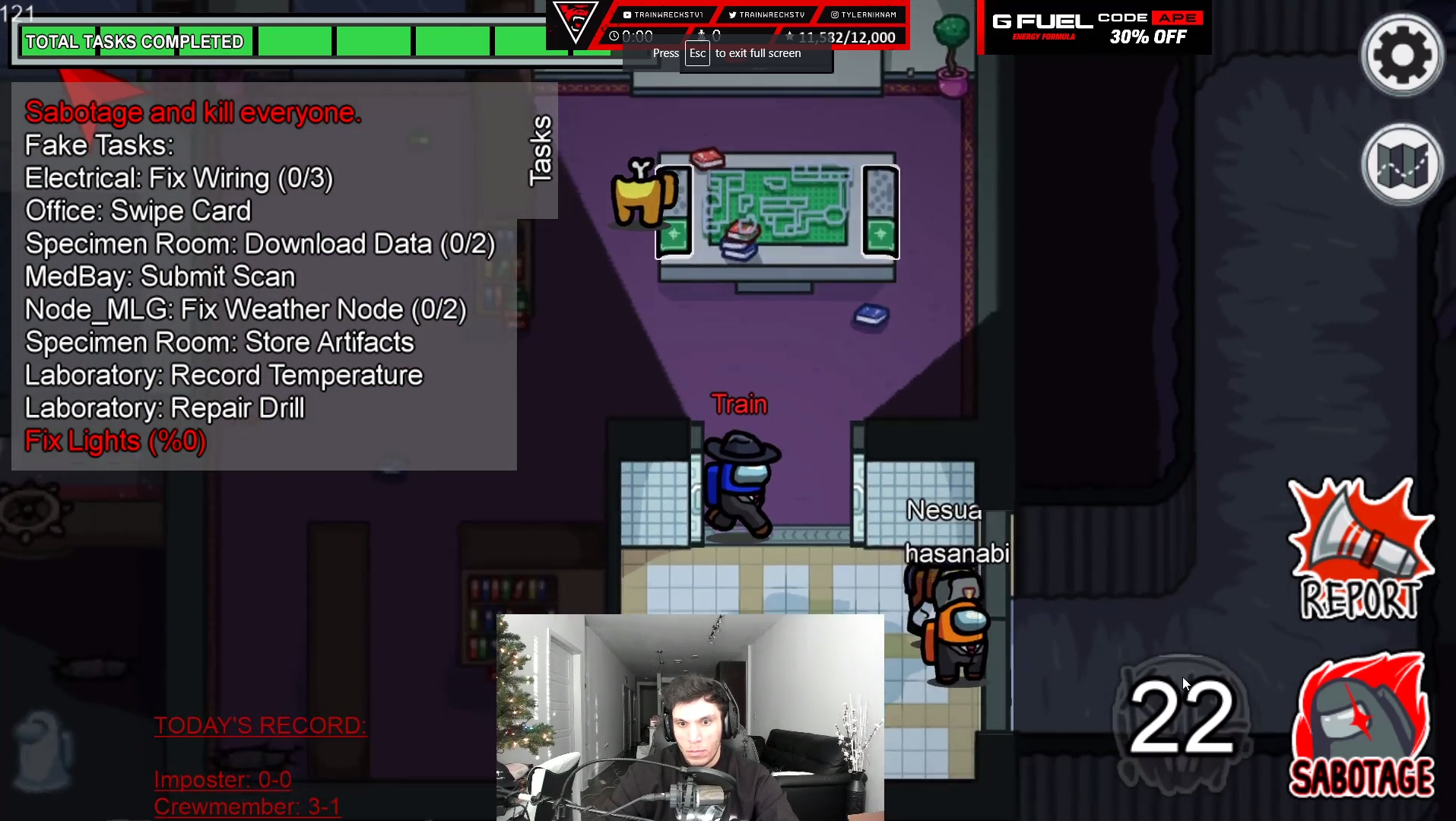 Among Us has found rapid success in 2020, quickly becoming one of the most-watched games on Twitch. The murder-mystery game has attracted many big streamers, who pit their skills against each other to see who can emerge victorious.

One popular streamer, Trainwreckstv, pulled off an impressive sequence to secure victory over a one-vs-eight situation during his recent stream.

Left as the last imposter alive during the game, Train had to eliminate all the remaining players without being caught. He was able to do this with the final clip coming as just four players (himself included) remain alive.

After the lights had been disabled, Train navigated to a nearby computer where he pretended to complete a task as Nesua and Hasan passed by. Following this, Train would follow the group towards the decontamination chamber, taking out Geech as she attempted to complete a task. While in close proximity, Train was able to get away with this without the remaining two crewmates’ seeing due to the lights being off. Finally, Train continued into the decontamination chamber with Nesua and Hasan entering a room with the intention to eliminate one to secure victory. As soon as his ability had come off cooldown, he took out Nesua and won the game.

During the victory screen, the players in the game were notably impressed by what had just occurred, giving Train high praise. The streamer responded simply stating: “Easy, baby… Easy”

While the game initially released in 2018, Among Us has become extremely popular in 2020 due to its streamability and it has shown no signs of slowing down.