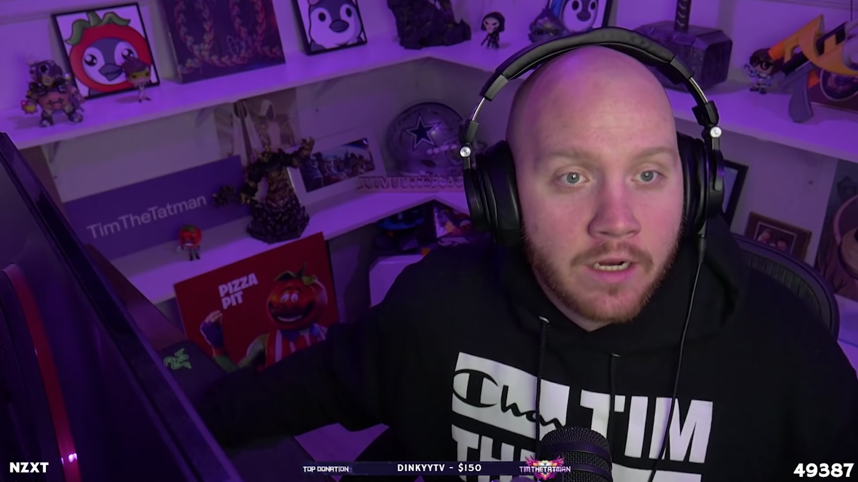 TimTheTatman took on Dr Disrespect today in a VALORANT challenge to see who could place higher in the beta’s ranked mode, and after returning to the game for the first time on stream since April 22, Tim seemed to have some trouble re-adjusting to agent abilities.

In one specific round, Tim was gunned down after a plethora of abilities were used in quick succession, instigating a brief rant from the streamer.

In the process of complaining about there being too much going on in VALORANT with all the abilities, Tim listed five different abilities that various agents have off the top of his head that serve as some sort of vision impairment for an enemy.

Tim has a storied history as a streamer on Twitch, playing a wide assortment of shooting games. Not only has Tim played more traditional shooters like Call of Duty and CS:GO, but he’s also played Overwatch and Fortnite for a significant amount of time as well.

With his experience, you’d expect him to fit right into the VALORANT scene, and upon the closed beta’s launch, he largely did.

After almost a month away from the game to play a lot of Warzone, however, Tim was befuddled by some of the encounters he was getting himself into.

“I’m just too used to Counter-Strike,” he said. “Just adapt 4Head, right. You’re absolutely right. I didn’t think about it that way.”

Tim isn’t the only one who has made comments about VALORANT abilities potentially being a negative. Summit1g early on in the closed beta suggested that abilities could lead to the downfall of VALORANT.

To see how Tim and Dr Disrespect’s friendly challenge ended up, check out this article.