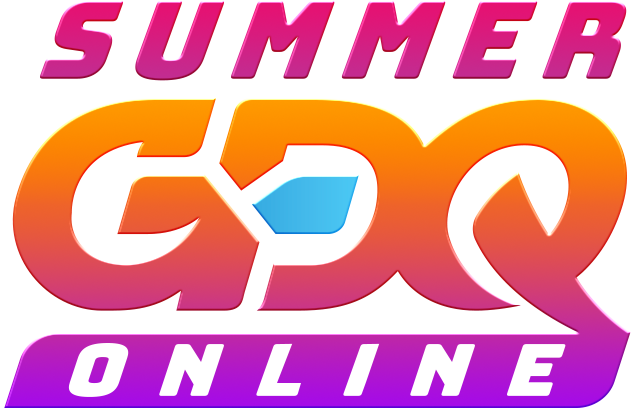 And now that all of the speedrunners have returned to practicing their craft away from the big stage, anyone who missed parts of the event can go back and watch the highlights.

Whether it be a game you are interested in potentially picking up to try speedrunning yourself, an old favorite you want to see beaten in a new way, or just something to throw on in the background that you can laugh at every once in a while, SGDQ had plenty of great runs to fill those needs.

The Games Done Quick YouTube page has even added in timestamps for viewers to use, meaning if you know the runners and want to get right into the meat of the program, you can just skip right to when the timer actually starts.

So if you want to catch some of those runs you missed or just watch the best of the best break your favorite games, here are some of the best speedruns from SGDQ 2020 Online.

Big panels are always fun, and a challenging game like Hollow Knight can only be made better through a virtual commentary couch while two of the top speedrunners race through the game to see who can have the best time.

Races tend to be some of the best content coming out of every GDQ event, because not only does it provide the tactics and memorization required for speedrunning a game, but there is an added level of competition meaning that players can’t waste any time taking the safer, backup routes.

If you love Hollow Knight and want to see just how fast the gorgeous, atmospheric game can be torn through by some experts, let Pestilentbox2 and fireb0rn show you while the commentators explain things in deeper detail.

Pokémon is always a top-billed title at GDQ, and making it a special race between two of the top runners in the category makes it an even better watch.

PulseEffects is the current world record holder for the Pokémon FireRed/LeafGreen any percent run, and in this race, he and JP_Xinnam were using Charmander and Squirtle respectively to showcase just how different each route of the run could be when using different strategies.

And as with every Pokémon run, some form of sidebetting and crowd interaction got involved. Throughout the run, the crowd was sending in Pokémon inspired poetry for the commentators to read, while the entire panel on stream were also donating five dollars each for every missed Mega Kick that the runners had to suffer through.

It also helps that this was the run where the stream passed its original, one million dollar goal for the entier event.

The Witcher 3: Wild Hunt by Kaadzik

There are some runs where you want to focus on the personality of the runner, or maybe just see a new way to beat an old game. But watching Kaadzik beat The Witcher 3 in just over two hours when it usually takes players 51 hours (including story) to finish is something else.

Just like with a The Legend of Zelda: Breath of the Wild run, watching the way Geralt has to interact with specific objects in order to boost the game’s speed using an older patch of the game and a crossbow is something else. It also helps that Kaadzik explains everything as well as he can while sprinting across the map to save Ciri.

A great run and entertaining commentary for a mostly solo broadcast by the Old Patch world record holder makes this a must watch from the event… if you have beaten the game.

Atmospheric survival horror games are meant to be a slow crawl where players feel every moment of the game and are nervous when taking corners too quickly. Speedrunning tosses all of that out the window as the constant presence of Nemesis in Resident Evil 3: Remake goes from something that can scare you at any time to a mild inconvenience that could cost you a time loss.

Seeing a newer game like this on the board with a completion time of 52:55 is great, especially with how close it feels to the Resident Evil 4 runs that most people love watching at GDQ.

MikeWave does a great job explaining exactly what methods he is using and where his head is at during each critical moment, and the ending is just as satisfying as it would be playing the game through normally if a little anticlimactic.

Did you miss the finale of SGDQ this year? Then you missed one of the best Pokémon Shield runs of the year. Between how composed and entertaining eddaket is on the run and the combination of Keizaron and Etchy on the commentary couch, there is never a dull moment throughout the nearly six-hour segment that closed out the event.

From mimicking Pokémon cries, reading haikus, and capturing a level 80 Wailord while being lost in the fog in the bonus Isle of Armor portion of the run, watching the tracker break two million dollars has never been more fun.