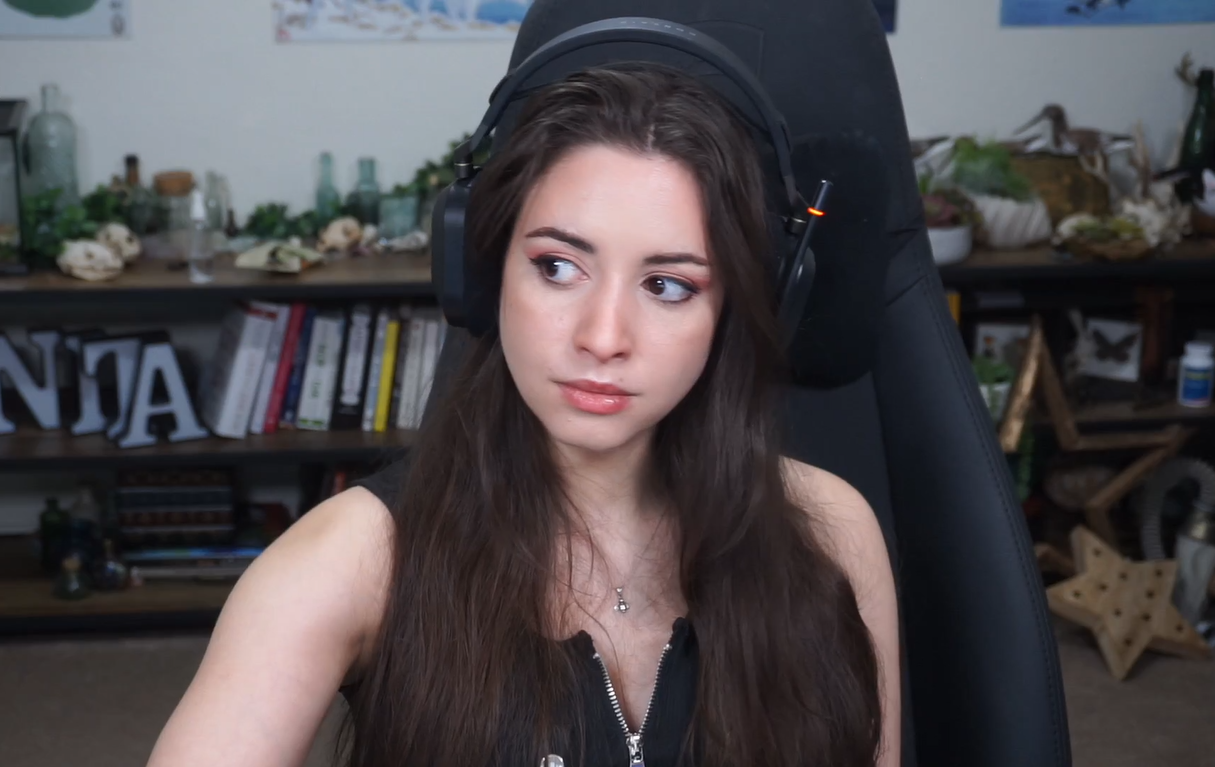 Screengrab via Sweet_Anita on Twitch

Twitch streaming star Sweet Anita has fallen into a complex stalker situation that has pushed her to seek security for the upcoming TwitchCon event.

On May 22, the Twitch star shared a tweet revealing that her Discord community had accidentally crowdfunded a man for TwitchCon and even paid for some living expenses out of kindness, not realizing that the man had been repeatedly harassing her. In response, Sweet Anita is looking for security for the event to ensure her own safety.

“STREAMERS how and where do you book security for twitchcon events?” the streamer asked. “I had a crazed homeless guy join my discord and my comunity is full of really kind people so they all crowdfunded for his living expenses and twitch tickets etc not realizing he’s sending messages like these.”

The messages from the man claim he is in love and that he plans to meet Sweet Anita at TwitchCon to confirm his “greatest hopes or deepest fears.”

The man even said that he doesn’t “like feeling like a stalker” while blatantly saying he plans to don a disguise and stalk the streamer at the event.

In response to one fan who replied to her tweet about the man, the streamer also revealed that he regularly “sends hundreds of messages daily.”

Those in the spotlight are regularly faced with concerning behavior from stalkers claiming to be fans, but a solid security plan for both Sweet Anita and the overall TwitchCon event could protect all those attending from people like this man.