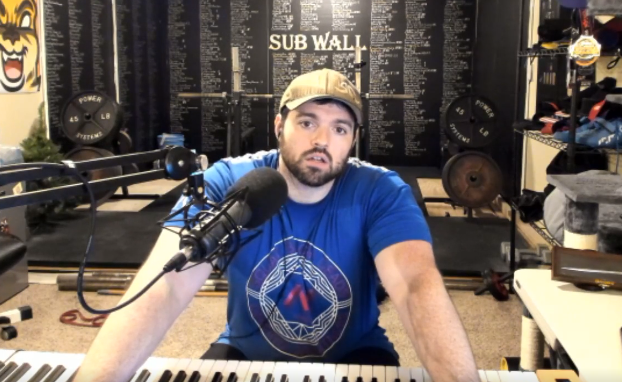 After completing his workout routine and taking a seat at his piano to play some cover songs, Rice wanted to let everyone watching know that his next performance was for them.

“To anybody tonight who is feeling not particularly special, or not particularly great, I just want to remind you that you matter and you’re important,” Rice said. “I’m not only glad you’re here, but I’m glad you exist, and I love you… and I’d miss you if you were gone.”

He then began playing a cover of Linkin Park’s “One More Light,” a song about suicide awareness that became even more meaningful after its singer, Chester Bennington, took his own life in 2017.