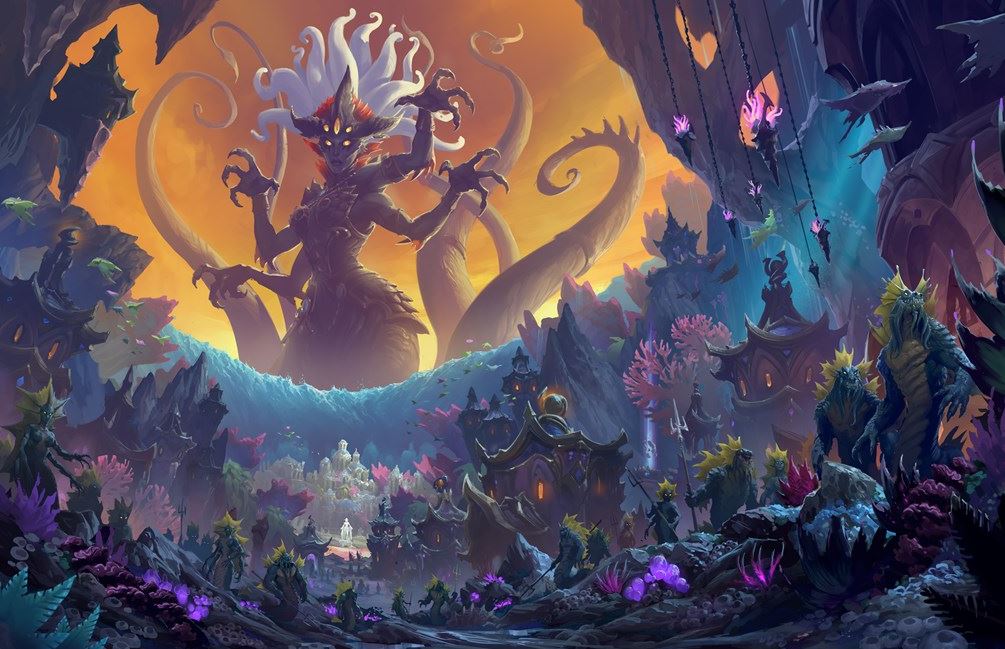 You may have been too busy with World of Warcraft Classic to realize that the retail version of the game had a major patch today.

Patch 8.2.5 introduces a variety of important updates, including the long-awaited “conclusion” to Battle for Azeroth’s War Campaign. If you need a break from Classic, this patch likely has something that you’ll find worth your time.

Goblins and Worgens have both been in the game since World of Warcraft’s Cataclysm expansion. In that time, many of the races have improved in ways that left Goblins and Worgens looking a tad outdated. This patch will introduce new character models for both classes. These models will also include new animations. You can check out a comparison of the new and old Goblin model here. Check out the Worgen model here.

All expansion long, players have followed the overarching questline known as the War Campaign. Through this questline, players get a front-row seat to events that dictate the decisions that shape what’s happening on the frontlines of the war. This patch introduces the conclusion to the War Campaign and you can watch the cinematic here. Don’t watch the cinematic if you don’t want spoilers, however.

One of the coolest features joining the game with this patch is Party Sync. The goal of this feature is to make it easier for friends of different levels to play together. When players activate Party Sync, everyone in the party becomes aligned to the same quest state and phase. Players will also be able to replay certain quests to get rewards that are appropriate for their current level.

One of the most missed features of WoW over the last year has been Recruit a Friend. With Patch 8.2.5, the service returns in an all-new form. If you have active game time, you’ll be able to recruit up to 10 friends. In addition to first-time players, you’ll also be able to recruit WoW veterans with accounts that haven’t been subscribed for over two years. You’ll get a 50 percent XP bonus when leveling with your recruit and you’ll also be able to summon each other once every 30 minutes.

Although Recruit a Friend was added in Patch 8.2.5, it isn’t active yet. Blizzard said the feature will become available soon.

Sorry, Horde players. If you want to buzz around on this bad bee, you’ll need to swap over to the Alliance. Alliance players will be able to earn this new mount by completing the steps mentioned in the Lets Bee Friends achievement.

During the event, Chromie will allow players to go back in time and relive epic raid encounters from past expansions. Wrath of the Lich King, Burning Crusade, and Cataclysm will all be represented. Each limited-time raid will include three iconic bosses. You’ll need to be 380 item level to enter the raid. Completing all three wings will reward you with the achievement Memories of Fel, Frost and Fire. This achievement grants the Obsidian World Breaker mount.

In addition to these major changes, the patch also includes a variety of Class and PVP balance tweaking. Firelands will now be available for Timewalking, plus you can expect a variety of UI and bug improvements.

You can check out a full outline of balance changes, as well as everything else coming with Patch 8.2.5 on Blizzard’s official blog.