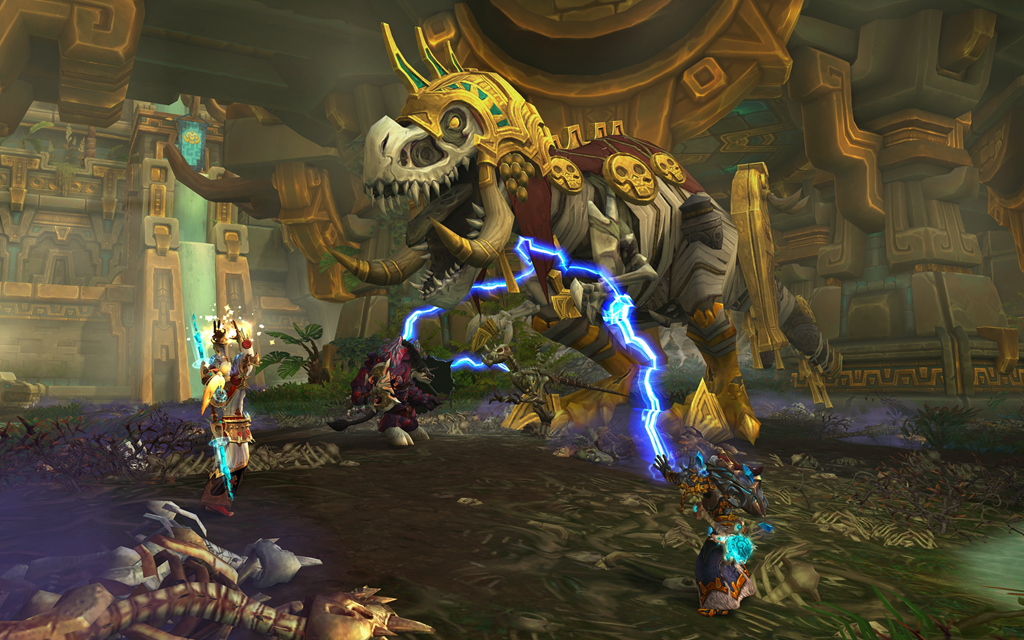 There’s been no shortage of activism surrounding the Black Lives Matter movement over the past month. Many people across the U.S. continue to protest police brutality in the wake of George Floyd’s death.

Despite Activision Blizzard having a history of censoring competitors from making social or political statements during esports tournaments, former Method Mythic Dungeon International player JdotB said on Twitter yesterday that he was given the go-ahead to add “BLM” to his World of Warcraft character’s name.

In the MDI, dungeon races are performed on a tournament realm where players make numerous characters and have access to effectively any name they’d like—as long as it isn’t against Blizzard’s terms of service.

To support the Black Lives Matter movement, Jb wanted to make a character for the tournament with the name “JdotBLM,” a play on his typical “JdotB” character name. He said he asked Blizzard for permission to do so and was given “formal approval” for the name.

The move by the company is a hard shift from just one year ago when Hearthstone player Blitzchung was punished for making a political statement in support of protests taking place in Hong Kong. While Blitzchung was initially given a one-year ban, his suspension was reduced following public backlash.

For Jb, that openness to change in policy is meaningful.

“In the wake of the blitzchung fiasco last year, it makes me really proud that blizz has recognized that esports can be a force for positive social change and growth,” he tweeted.

Jb is one of the many Method players who’s removed his affiliation with the brand following sexual harassment claims that were mishandled regarding MethodJosh. His team, which was formerly known as Method’s North American squad, is “uncertain” about its affiliation with the organization, according to Jb.

Jb’s team sits at the top of the MDI standings in the North American region. The season four Mythic Dungeon International global finals are set to take place from July 10 to 11. Jb’s team is one of the favorites going into the event and placed second at the MDI Finals last year at BlizzCon.