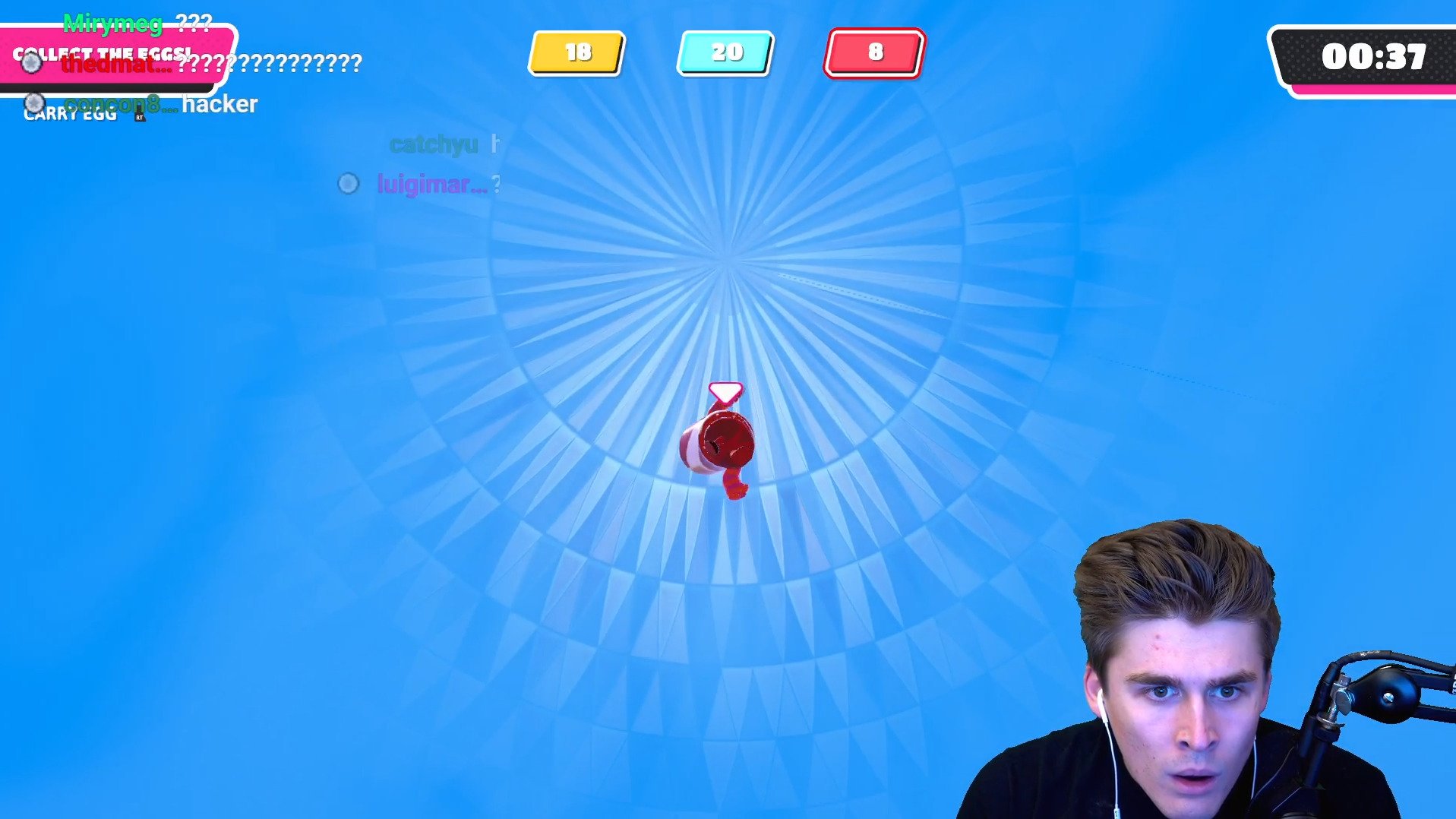 Since its release, Fall Guys has had its share of issues involving cheating in the game. During his stream earlier today, popular Twitch streamer Ludwig fell victim to a hacker who sent his Fall Guy flying into the sky indefinitely.

During the Egg Scramble mini-game, Ludwig informed the rest of his team that there’s a hacker on the blue team and instructed them to take eggs from yellow to have a better chance at qualifying.

Shortly after this, Ludwig’s character was sent flying into the sky until he could no longer see the map below him. Ludwig, who was understandably shocked, informed his team that he didn’t know what was happening and said he expected his team would lose, which they ultimately did.

Coming with its massive popularity, cheaters seem to be one of the biggest issues the game has faced since its launch. But it also appears to be something the team behind the game has been focusing on repairing going forward.

Shortly after the release of the game, Fall Guys implemented a system to report cheaters to the team individually through their Discord server. On Aug. 12, the team shared that this would no longer be necessary since they had been tuning their detection criteria and noticed a large drop in cheaters within the game.

With Fall Guys’ first competitive event approaching soon, reducing the amount of cheating within the game and enforcing consequences to players who are caught should be a top priority for the devs.