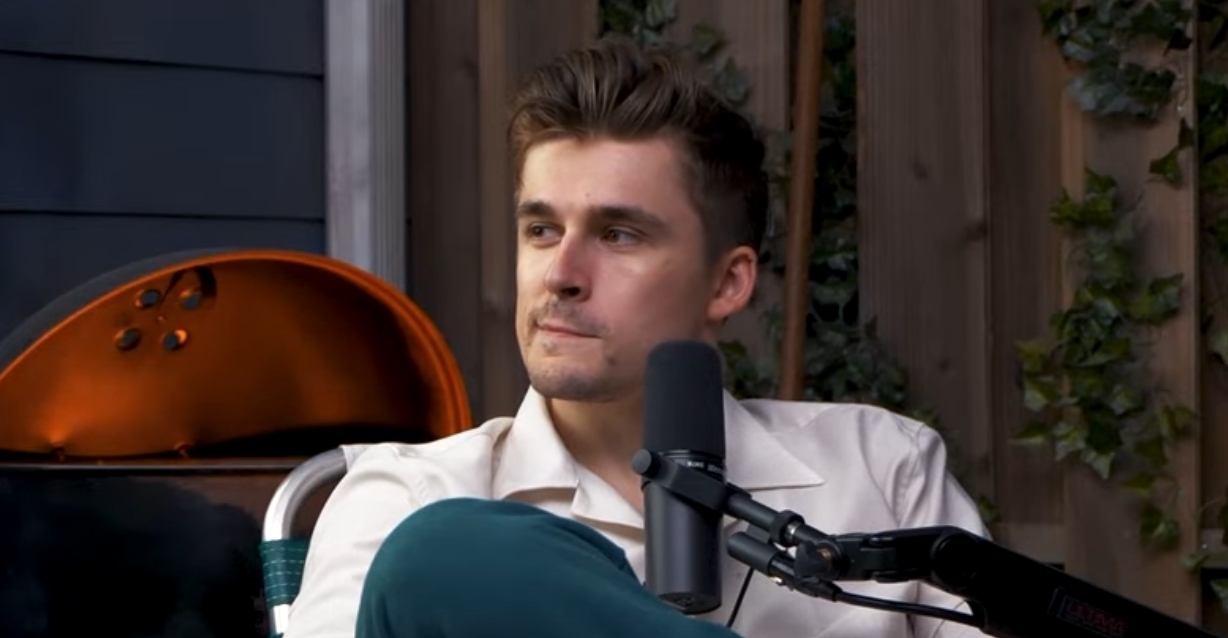 Three days ago, Ludwig spent an entire seven-hour broadcast mimicking top Twitch streamer xQc. And in a podcast appearance earlier today, the YouTuber revealed the struggle that went into making this hilarious stream a reality.

Ludwig is one of YouTube’s most popular livestreamers for a reason. Whether it’s a live Mogul Money in front of thousands of fans or a stream where viewers get to shoot him with a paintball gun, the 27-year-old is constantly thinking of new and innovative ways to entertain his loyal viewers. And this is precisely what the star did on Aug. 15.

After watching the hit new HBO Max show The Rehearsal, Ludwig says he hatched a plan to copy xQc, one of Twitch’s top content creators. The star had an empty room in his house renovated to look similarly to xQc’s and asked a friend to relay everything the Twitch star did during a broadcast to him.

“He was going to relay to me what xQc was doing for the entirety of his stream and I was going to copy it, to copy what the best does,” Ludwig said during the newest episode of The Yard, a podcast he hosts with his three roommates.

Ludwig was ready to begin his unique broadcast at 2pm PT on Aug. 15 because xQc had made plans to play Among Us with some of his friends. But when the time came, xQc was nowhere to be found.

Ludwig scrambled to figure out where the star could be, checking the Twitch chats of other popular streamers. But unfortunately for Ludwig, he hadn’t accounted for the Gaming Golem to show up nine hours late, beginning his stream at 11pm PT instead.

Despite having to wait nine hours to begin his special stream mimicking xQc, Ludwig says he was “blessed” the Twitch star only clocked in a seven-hour broadcast since xQc is known to frequently stream upwards of 20.

Ludwig also said that multiple of his fans said his Aug. 15 broadcast was one of their favorites. He believes the reason is that xQc creates a very “comfy” stream environment for viewers. Meanwhile, Ludwig treats his broadcasts like they’re a TV show, attempting to create an event to entertain fans, losing his relatability in the process.