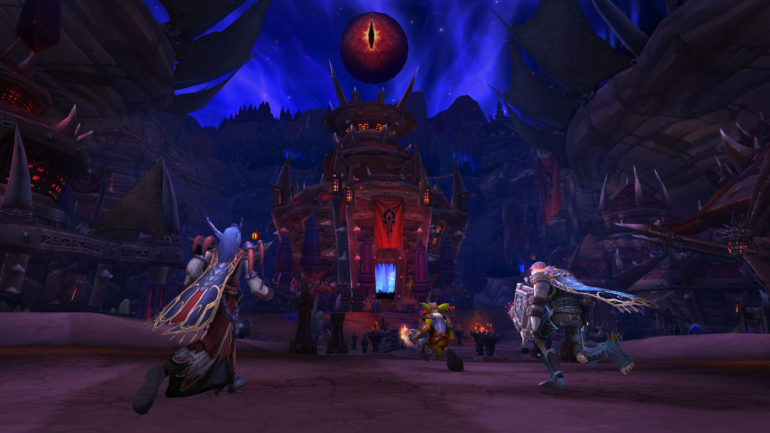 But following the win, Limit’s GM Maximum had a message for viewers: Don’t subscribe to his Twitch channel.

Over the course of the past week, Max’s channel has been one of the most-watched on Twitch with over 2.4 million hours watched, peaking at over 120,000 today when the guild finally killed N’Zoth, the instance’s final boss.

His stream stood out starting with the last Race to World First when he began to broadcast his team’s communications, helping his channel outperform that of his broadcasting partner Red Bull. This tier, working with a new parent organization in Complexity, Max again dominated RWF viewership for Limit.

But Max doesn’t want it to be all about him.

Following a celebration with his team, Max took a moment to come back to his stream. With nearly 100,000 people still watching, he told them to stop subbing to him and instead support the other members of his guild.

“When this raid happens, you all toon into my channel,” Max said. “I have a lot to do with guild’s success, but the point is you toon into this channel because it has the most viewers. If any of you have yet to Twitch Prime to this channel because I just saw a lot of you did, if you could please not do that. Go pick your favorite channel in Twitch.tv/team/complexity and sub to them instead of me.”

Last tier, after getting a lot of attention for his stream and transparent raid leading, Max said that he would be splitting up what he earned from his stream during the Race to World First because he felt that his team deserved it just as much as he did.

It seems like he still feels the same way now. He even added that much of what is earned during the RWF is split up among the players who devote so much of their time and life to compete in WoW’s consistently growing race.

“I don’t deserve anywhere near, I mean we’re splitting a lot of this revenue, but you know I don’t deserve anywhere near the metric of my viewers versus everyone else’s,” Max said. “So like, literally, don’t sub to my channel, please. Please, please support my friends. That would make me happier than anything else, please. This is more than enough.”