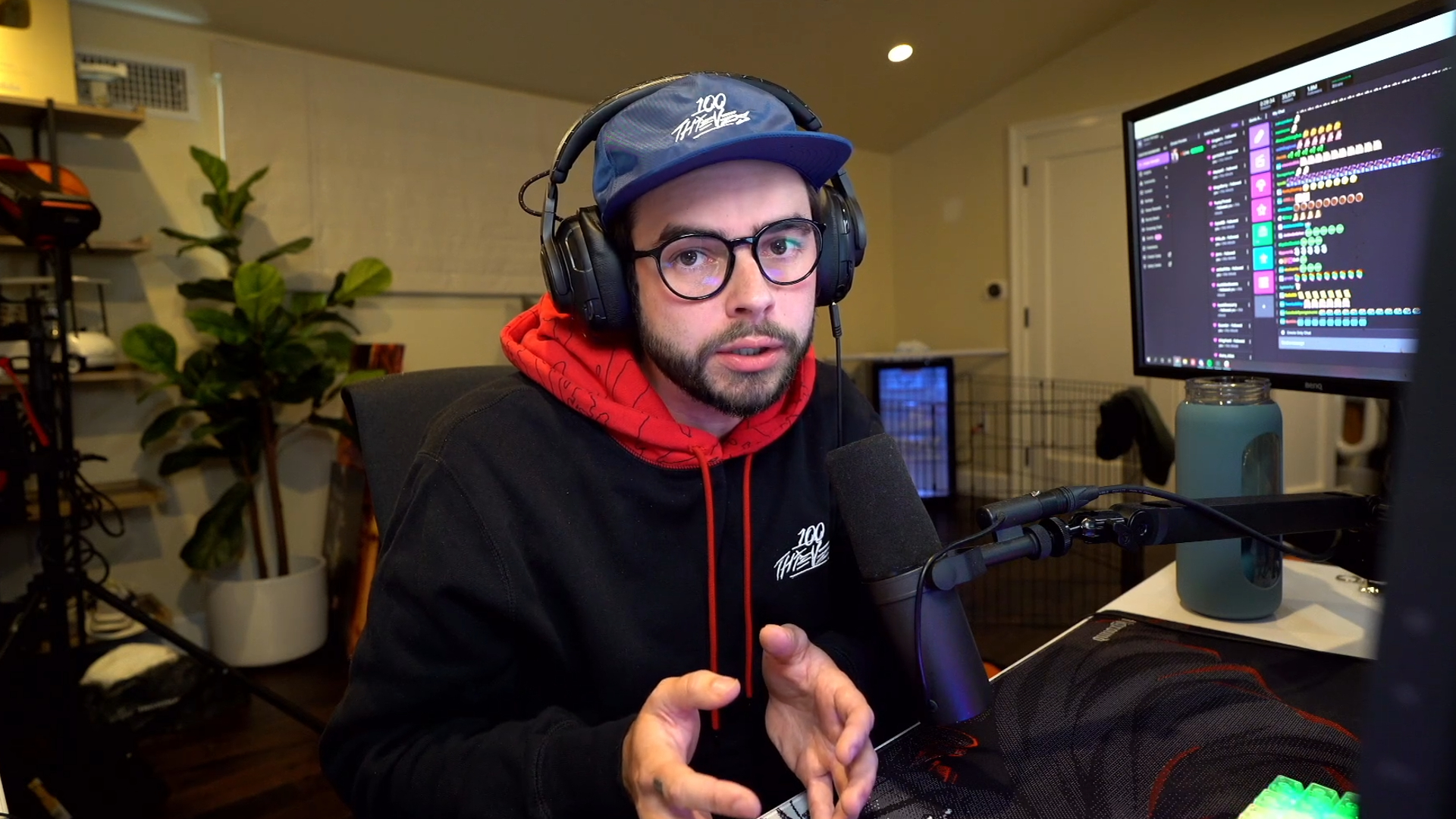 Image from Nadeshot on Twitch

100 Thieves founder Nadeshot’s public spat with former 100T streamer Froste might still be fresh in the mind of him and many fans, but Tarik wasn’t letting him off easy this morning.

After Nadeshot hit Tarik with one of the classic streamer disses by claiming that “money has changed” him, the Sentinels streamer quickly clapped back by bringing up the drama of the week that Nadeshot found himself embroiled in.

“Is it too soon to bring up the Froste stuff? Or should we hold off for now?” Tarik said. “Alright, it’s too soon. It’s too soon. I won’t meme that yet, but you meme my shit right after dude. When I’m talking about something serious, this dude’s memeing me in the moment, dude.”

Tarik went on to mention an embarrassing situation that he found himself in involving a haircut. Tarik said that during the incident, Nadeshot gave him no time or space before unloading on him with jokes.

Tarik fired back by calling him a “Corporate Shot” and accused his friend of “taking the high road.”

Nadeshot was clearly not prepared for the back-and-forth quips, pointing out how early it was where he lives on the west coast.

“I’m not on top of my game because it’s 7am,” Nadeshot said. “But I’m going to come back later, and I’m going to talk all the shit in the world, and it’s all going to make sense.”

Nadeshot went on to talk more trash to Tarik by comparing him to Shroud, who was also in a voice chat with them.

At the time of writing this piece, Tarik is still streaming with more than 100,000 viewers watching VCT Champions Istanbul. Nadeshot is yet to rejoin the group, but when he finally does, expect the memes and trash talk between the two to resume.