There’s a plethora of viewing options. 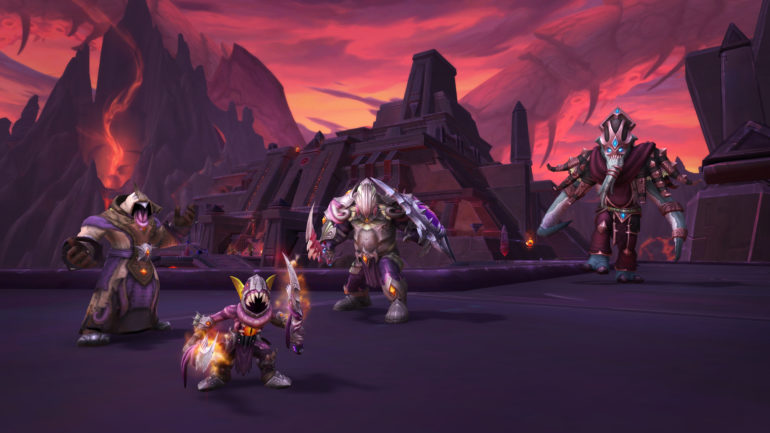 The World of Warcraft Race to World First (RWF) has evolved into one of the most significant grassroots-driven spectator esports competitions on Twitch in the past year after Method initially broke the broadcast barrier by streaming a World First effort during the “Uldir” raid in the fall of 2018.

Since then, each WoW tier has come with bigger broadcasts, more teams streaming, and a larger audience for WoW on Twitch. While Method was the only major guild to stream the “Battle of Dazar’alor” raid at the beginning of 2019 in an event in which the organization was partnered with Red Bull, the following major raid, “Eternal Palace,” saw a slew of competitors, including the top North American guild Limit, enter the fray by broadcasting their perspective of the race.

With no organizational or logistical support from Blizzard, the game’s developer, guilds around the world have turned the mythic raid race into WoW’s most-watched competition on Twitch. As groups look to maximize their ability to capitalize on the RWF, tomorrow’s upcoming raid is poised to be even bigger than previous races.

But watching and following the event isn’t as simple as following one link to a specific Twitch channel. There are a multitude of options that viewers have during the Race to World First that give it its own unique feel.

Method is the reigning RWF winner with first-place finishes in Uldir, the Battle of Dazar’alor, and the Eternal Palace, making them the favorite to finish Ny’alotha first as well. Their main channel’s stream will have all the special production that might suggest that this is the case.

With production support from TaKeTV, Method’s official Twitch channel will have 24/7 coverage of the Race to World First with Method as the most prevalently featured guild. Along with professional production, the broadcast will include a 12-person rotation of broadcast talent including well-known WoW broadcasters like Rich Campbell, Preach, JdotB, and Moofzy.

Additionally, the broadcast from TaKeTV studios in Krefeld, Germany will include airtime covering other guilds spanning the globe, including Alpha, Ji Tian Hong, Vodka, Imperative, and Club Camel.

The event is being put together in partnership with MSI, Corsair, Twitch, Fanbyte, and NordVPN and it will once again include a charity drive for Save the Children. During the last RWF, Method’s stream raised $60,000 for the charity.

Limit doesn’t have quite the same stature as Method with all the World First finishes, but the guild has given Method a run for its money in the past few races with top North American finishes. At times, the guild has even held a lead against Method by killing some bosses before them and pushing the raid’s final boss to a lower percentage of health than Method’s best attempt prior to their kill.

Last tier, the guild, now a part of the larger Complexity esports organization, teamed with Red Bull to broadcast its race against Method at the Gaming Sphere in London. But this time around, the guild has plans of its own.

The guild will be playing live from Complexity’s headquarters at the GameStop Performance Center beginning tomorrow on Complexity’s official Twitch channel at 9am CT. The production will have seven different broadcast talents, including Eiya, Veyloris, and Tettles.

Along with showing Limit’s perspective of the race for around 16 hours per day, the stream will include other top North American groups, like Big Dumb Guild. There will also be feeds of other guilds from around the globe, like Pieces, Club Camel, and Fat Shark Yes.

The stream is being done in partnership with MSI, GameStop, and Twitch. The organization promises “unique engagement and content opportunities for fans” from these partners during the event.

If watching a full production isn’t your type of thing, there are a plethora of personal streams where fans can get specific perspectives of the RWF as well.

Last tier, Limit’s GM Maximum proved to be the most-watched personality among RWF streamers. The tank player obviously exhibited world-class play, but his stream appealed to many because he didn’t mute or deafen any communications between him and his guild members.

During mythic raiding progression, many guilds are especially secretive with their strategies, but Max showed no reservations when streaming by allowing viewers to hear everything going on with his team. The transparency paid dividends for his stream since many fans watched to learn what was going on behind the scenes in-between fights.

Assuming he does the same thing tomorrow, his stream will surely be one of the most popular to watch yet again.

On the other side of things, Method’s GM Sco is known for drawing an audience as well. While raiding, Method streamers aren’t allowed to have any sort of microphone audio or team communication audio available on their stream. But with Sco being a main tank for Method and always in the middle of the action every fight, he’s one of the more popular streamers to watch. His stream became popular because he was the primary channel that people watched when Method originally streamed the RWF back in Uldir.

Outside of Max and Sco, a slew of top players from both Method and Limit will be live this next week, or longer, while the two guilds push to win the Race to World First.

Personal streamers who are participating in Method’s RWF broadcast are listed on Method’s website with links to their streams.

Additionally, all live Complexity-Limit and Method streamers can be found at Twitch.tv/team/complexity and Twitch.tv/team/method. These domains show links to anyone’s channel that’s tagged as being a part of the organization, with the most-watched streamers appearing at the top.

How long does it last?

There isn’t a set end date to the RWF because the race doesn’t end until a guild defeats the final boss of the instance, N’Zoth. With this tier boasting more bosses than any other raid in this WoW expansion, 12, the race may last longer than previous ones.

The race will also have a heightened appeal as guilds reach the final boss where there will be a hidden phase that guilds must encounter that wasn’t in the heroic or normal difficulties of the instance.

Throughout the course of this expansion, which goes back as far as the fall of 2018, the RWF for each primary raid tier has lasted about one calendar week. The most recent, Eternal Palace, lasted slightly longer.