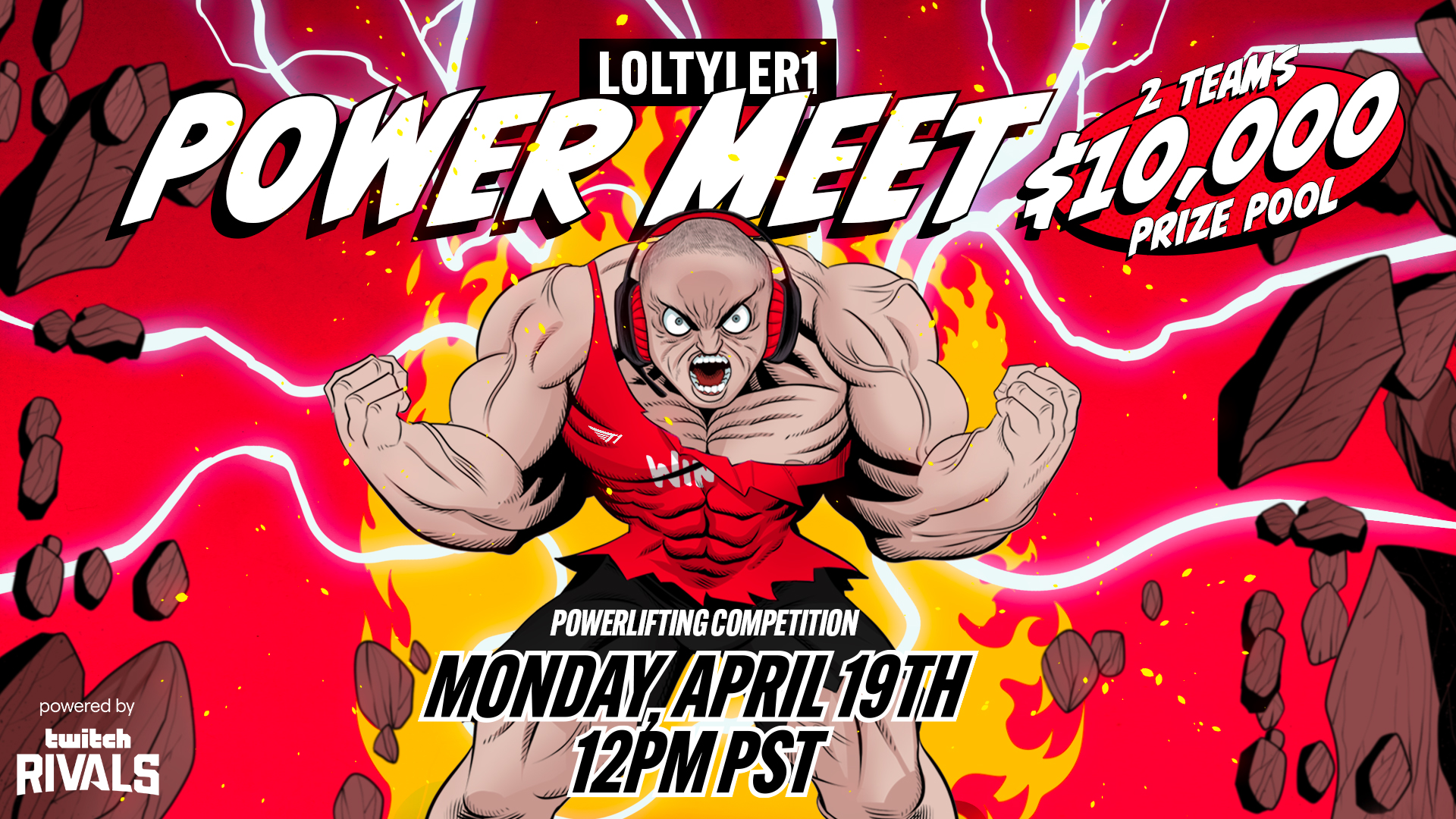 On April 19, Twitch streamer Tyler1 will host the first Power Meet, a powerlifting tournament on Twitch, in partnership with Twitch Rivals.

This event will feature 10 unique creators split into two teams competing for a share of the $10,000 prize pool.

Team One will be led by Tyler1 and include other content creators Macaiyla, AverageJoes_OC, Wardell, and TominationTime.

Opposing them will be a team led by Bajheera consisting of BenRice_PLG, EatItPal_, Sonii, and Martinmonsters.

As it stands the official rules have not yet been announced. But according to Tyler1, the activities as part of the event will include bench press, deadlifts, squats, pull-ups, and push-ups.

To catch the action, simply head to Tyler1’s Twitch channel, where it will be streamed beginning at 2pm CT on Monday, April 19.