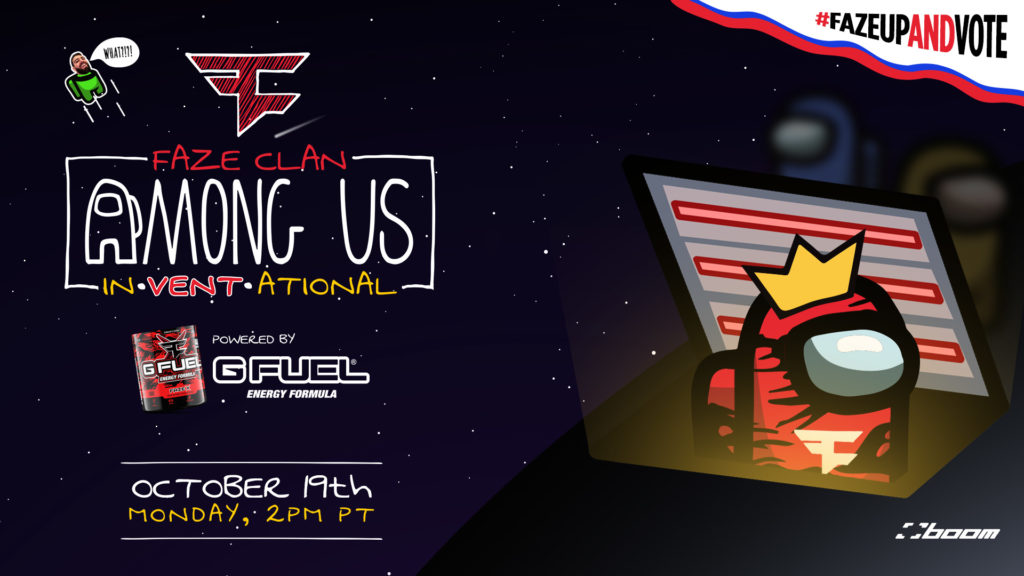 Among Us esports? Not quite, but FaZe Clan’s “In-Vent-Ational” is as close as it’s going to get.

G FUEL is putting up a $25,000 prize pool for this star-studded show to celebrate its new energy drink flavor “FaZe X,” which is celebrating the organization’s tenth anniversary.

FaZe will be hosting the event and giving away limited-edition FaZe merchandise throughout the show. If you tune in, you can win something along with being relentlessly entertained by lies and deception.

How to watch FaZe Clan’s “In-Vent-Ational”

The main channel to watch the In-Vent-Ational is FaZe’s official Twitch channel. This is where each lobby will be hosted and broadcast. The show begins on Oct. 19 at 4pm CT.

The perspective of most of the competitors will also be found within the Among Us directory on Twitch. You can browse this section to find whoever is streaming the game at any given time.