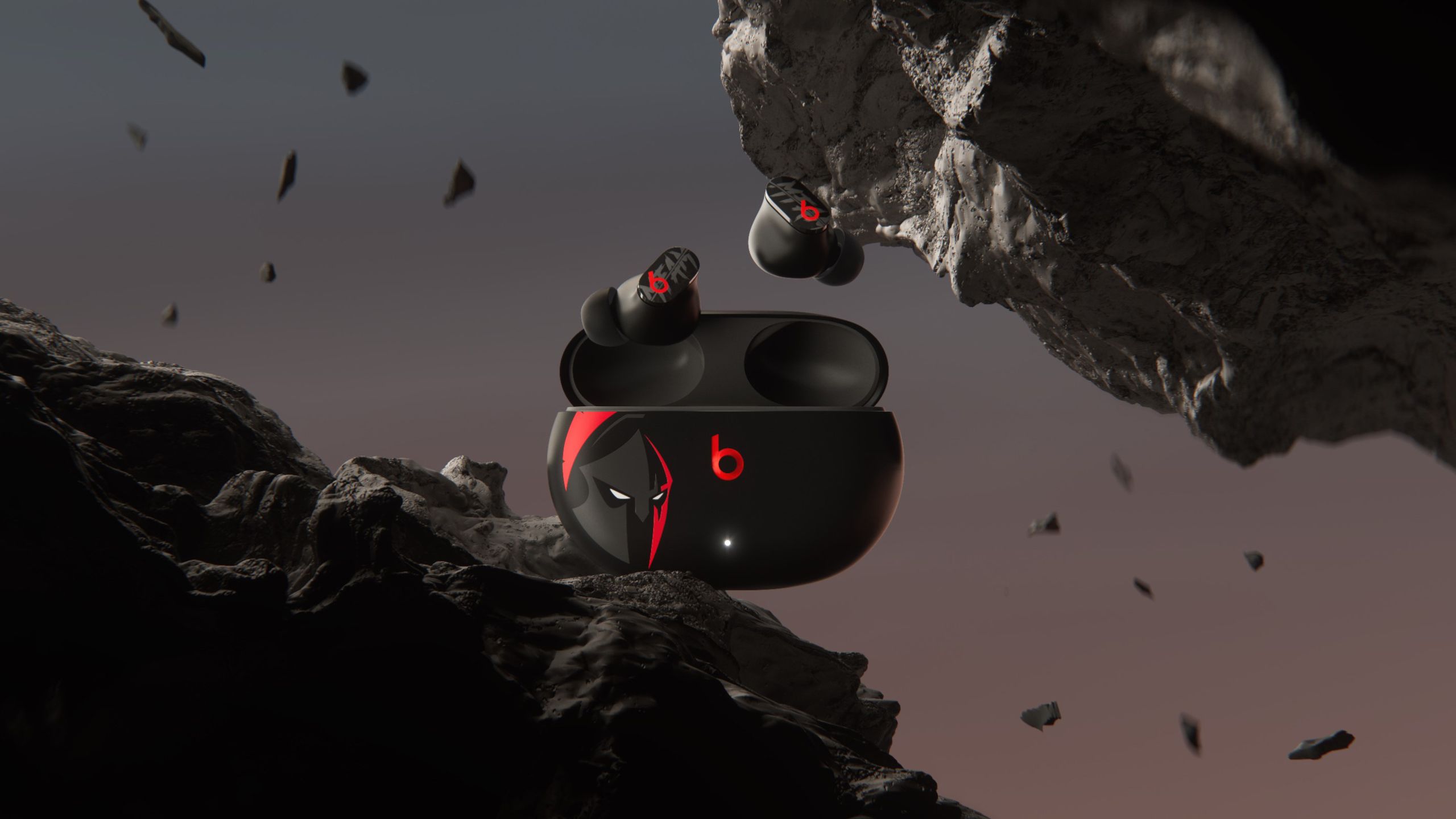 NickMercs gave more details today regarding his limited release Beats audio gear that is going on sale Friday, and during his Twitch stream, he showed off what his fans will have a chance to purchase.

The collaboration between Mercs and Beats is MFAM-branded Studio Buds. In a black case that features a red and gray MFAM gladiator logo, the black earbuds have a red Beats “B” logo. In the background behind the logo is a stylized “MFAM” in gray.

“MFAM” is a Mercs slogan that is used as an abbreviation of “Mercs Family.” The popular streamer refers to his community of fans on Twitch as a part of the MFAM.

The earbuds, which go on sale Friday, July 22, will only be available at BestBuy.com and will cost $149.99. Nickmercs was not allowed to say how many of the earbuds would be released, but he emphasized on stream that the number is extremely limited.

He did not specify the exact time earbuds would drop.

As an additional activation for the earbuds coming out, Mercs told fans today the brand gave him around 100-200 normally branded Beats earbuds as well as around 40-50 of his specially branded MFAM earbuds.

He didn’t establish the parameters for how he planned on distributing the swag, but he said that he will be giving away the Studio Buds to fans on his stream in the next few days.

Watching NickMerc’s stream and paying attention to his social media pages is the best way to get details on the giveaways as they become available.