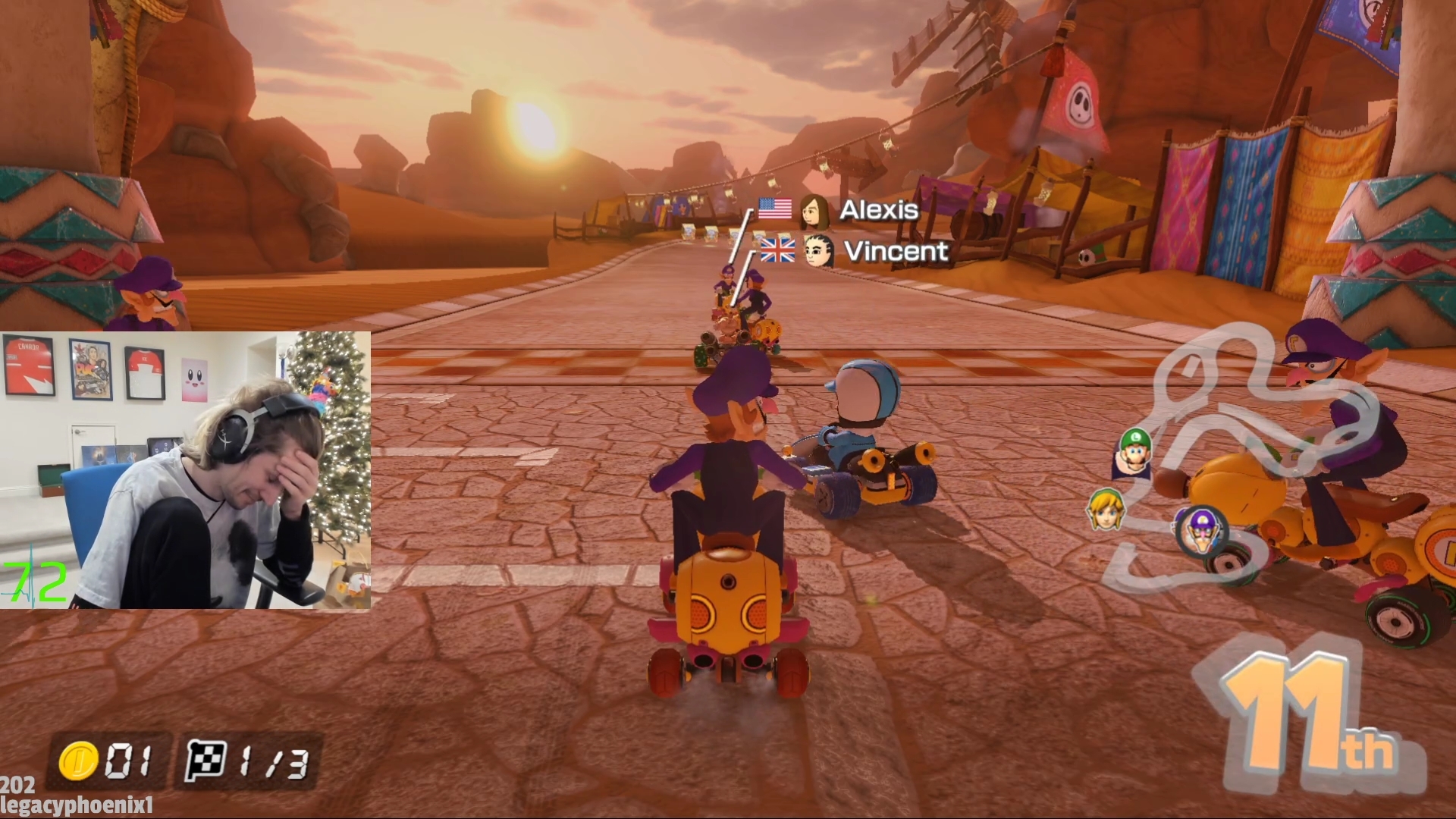 No matter what the game or situation, it always seems like you’re in for a laugh when you tune into xQc’s Twitch stream.

The Canadian broadcaster was playing some rounds of Mario Kart 8 on the Nintendo Switch last night when he had a suspicious feeling that he was being stream sniped.

At the start of a new race, xQc decided to see just how much of the public lobby was full of people who were watching his stream, or “stream sniping,” as many have come to call it.

“If you’re a sniper, don’t go forward,” xQc said as the race countdown began. After the three, two, one timer came to an end, a total of two racers took off and played the game as intended. Two.

The rest of the lobby sat around xQc at the starting line and began to bounce around him, leaving the streamer speechless. All he could do was laugh and facepalm as the chat filled up with OMEGALULs and LULs.

There are definitely some pitfalls that come with being one of the biggest streamers in the world and the inability to play a normal multiplayer match is one of them. XQc has had some difficulties with it in the past in games like Fortnite and Overwatch.

But when it comes to a silly, casual game like Mario Kart, it’s easy to laugh—and everyone watching did so heartily.