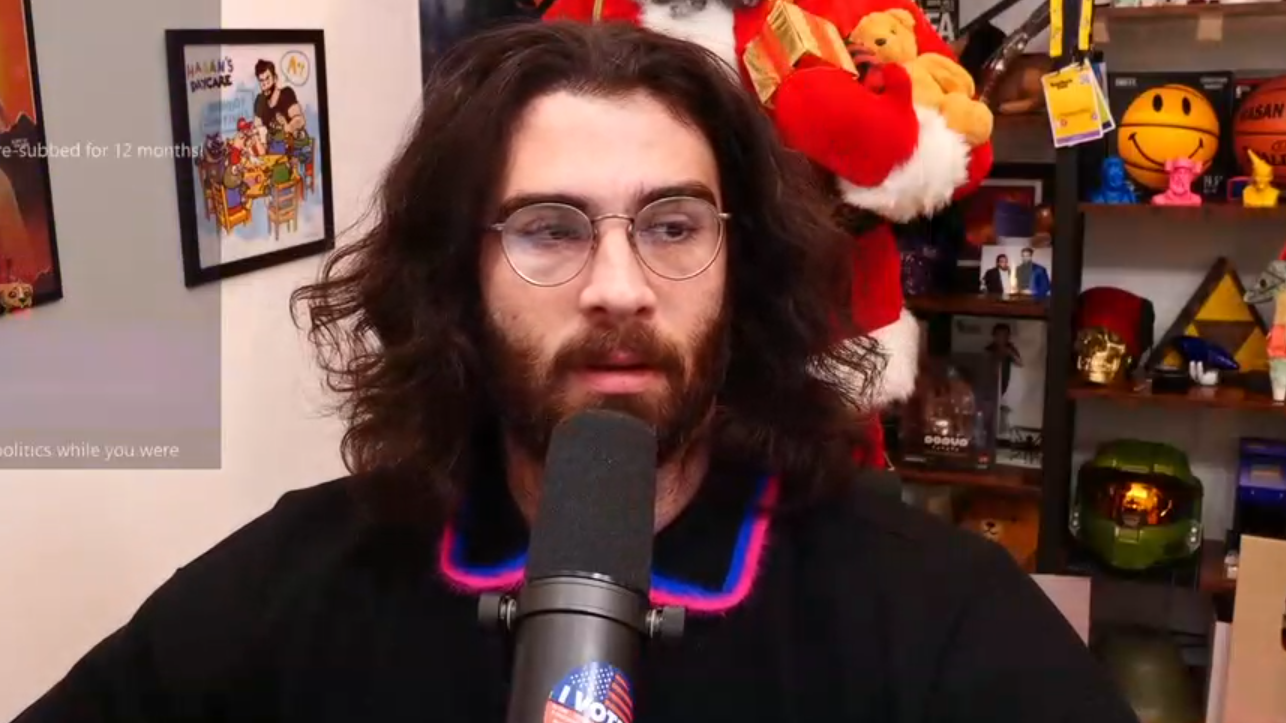 Hasan might be the foremost political commentator on Twitch, with largely left-leaning political ideologies, but according to him, the U.S.’s liberal party doesn’t “want anything to do” with him.

Known for having an at-times abrasive delivery, Hasan has no fear of making controversial statements as was evident when he notoriously exclaimed that the United States “deserved” the 9/11 terrorist attacks.

While much of his political opinions are based on socialist ideologies, it appears as though he’s untouchable in the eyes of elected U.S. officials that hold similar beliefs as him.

“I know that Democrats are aware and are not interested in having a conversation with me in any capacity,” he said. “I’ve helped them out before like the Raphael Warnock team, I’ve helped them out in the past… but they don’t want to have a public relationship or even want anything to do with me.”

Along with his often-adversarial tone, Hasan also regularly jokes around on his stream and on Twitter by making heavily sarcastic comments that are intended to confuse and rile up unsuspecting viewers and readers. It’s almost as though he finds joy in people who disagree with him politically not understanding his humor.

Hasan noted that Dems didn’t even want him to talk to Anthony Fauci, the chief medical advisor to promote the COVID-19 vaccination.

“When Joe [Biden] became President, and they were trying to do outreach for the vaccine for the youth, they told Twitch that they did not want Anthony Fauci to come on my stream,” he said.

As one might expect, the edgy approach to political conversation doesn’t seem to be one that Democrats want to associate with, even if it gives them access to Hasan’s millions of Twitter and Twitter followers. His tendency to make outrageous-sounding, clippable remarks surely would be something that could be weaponized by political opposition during a campaign or even between elections.