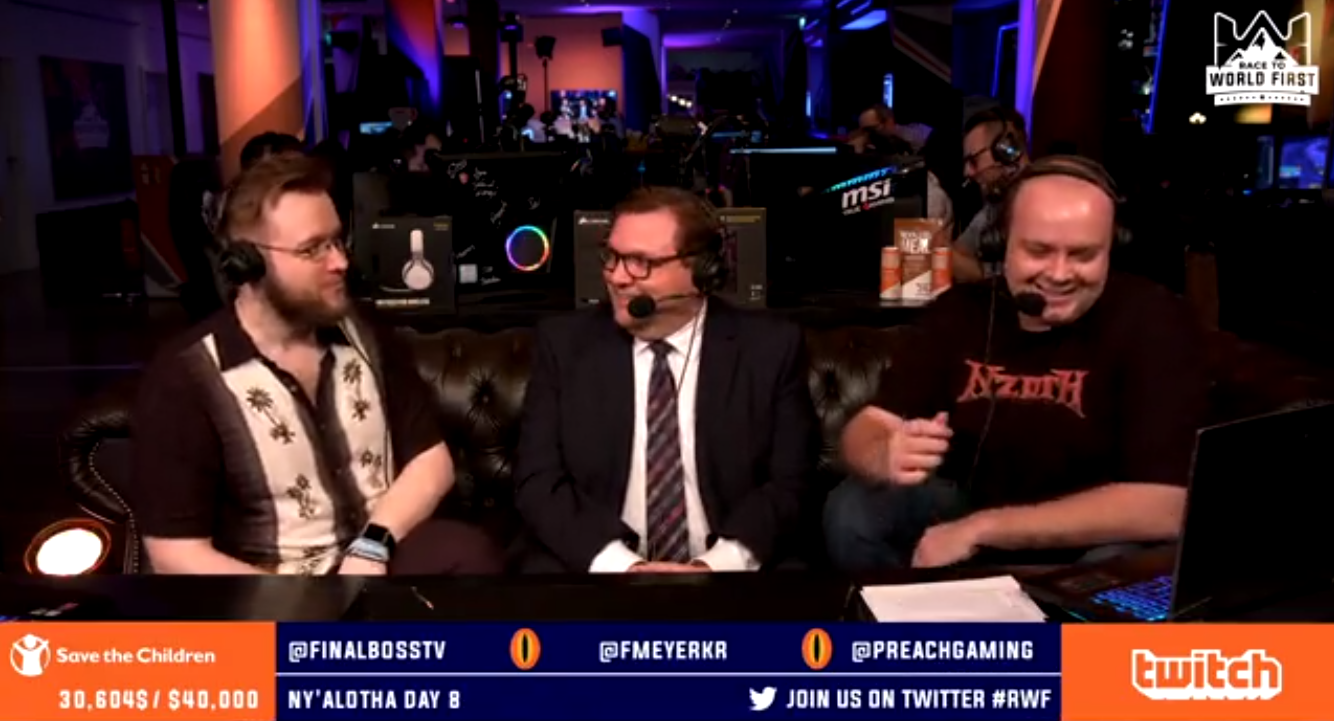 The Method Race to World First broadcast had a special visitor today: Frank Meyer, the mayor of Krefeld, Germany.

The 45-year-old has been the mayor of Krefeld for five years. As a player of World of Warcraft himself, he decided to take the short trip to the TakeTV studio, which happens to be in the town that he’s the mayor of.

In an interview with the Method broadcast’s commentators, Meyer explained his affinity for WoW and what he likes about the game. Though he doesn’t have time to play the game anymore, he talked about his time playing a night elf druid years ago.

“I preferred the roleplaying thing and to play with a couple of friends,” Meyer said. “We met online every Sunday night, hanging out and really enjoying the atmosphere of the game through the landscapes. It wasn’t that much to go into a raid or to be in a contest. It was more of the social thing to meet people, have a good time, chat a little bit here and there, and enjoy the World of Warcraft.”

Around the time the interview took place, there were about 50,000 viewers watching Method’s official broadcast while the guild was making its last efforts to kill N’Zoth before the European weekly reset, which is set to take place early tomorrow morning.

Meyer never played the game on the same level, so he was fairly impressed by what top guilds like Method do.

“I can see what they do, but I can’t understand everything that’s going on,” Meyer said. “It’s very, very fast, and what they do here is very specialized. It’s a little bit of a different game than our hanging around to have a good time on Sunday.”