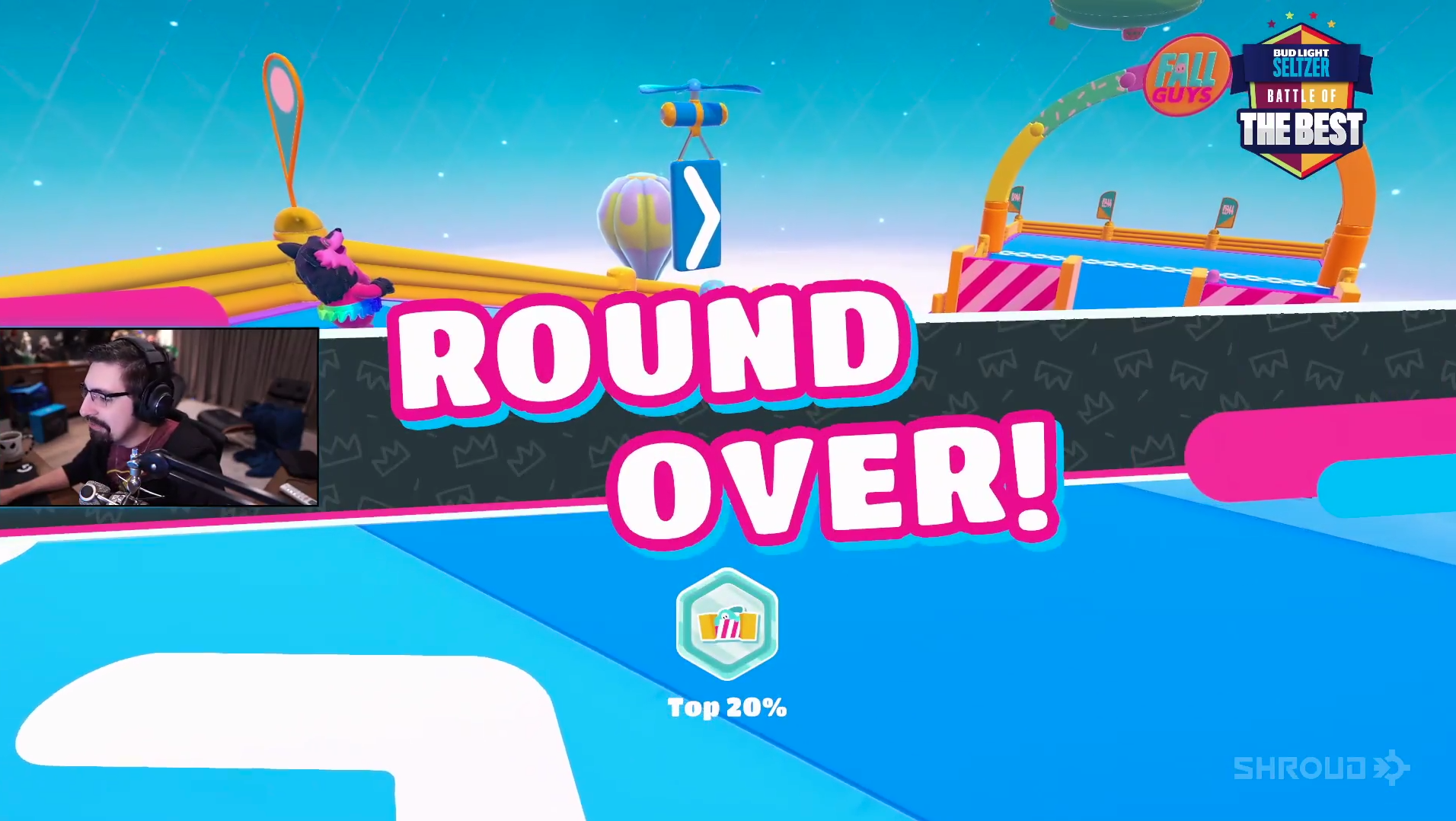 Cheaters often have an unfair advantage over their competition, leading to effortless victories over other players. But this was not the case during one of Shroud’s recent streams.

In a clip taken from the stream, Shroud can be seen qualifying in a round of Gate Crash, one of Fall Guy’s most common game modes. As he begins to spectate the remaining players’ something odd can be seen.

A player appeared to be using a speed hack to move at speeds much greater than is intended. This did not work to their advantage, however, as they approach the slime slide down towards the final gates to the finish line. The player was unable to make the jump to safety as the increase in speed had limited their control over their Fall Guy. Hilariously, the player failed to qualify and was eliminated from the game.

Cheating within Fall Guys is a problem that the developers are actively working to eliminate. Currently, the game’s anti-cheat system will reportedly act against cheating players after their match is completed, banning them from competing again.

Regardless of this, Fall Guys continues to add new content and is even gearing up to release new game modes when its second season drops on Oct. 6. The team has also shared plans to make additions to existing maps such as the “Big Yeetus” a super-speed spinning hammer that the team says will randomly appear in levels in order “to shake things up.”