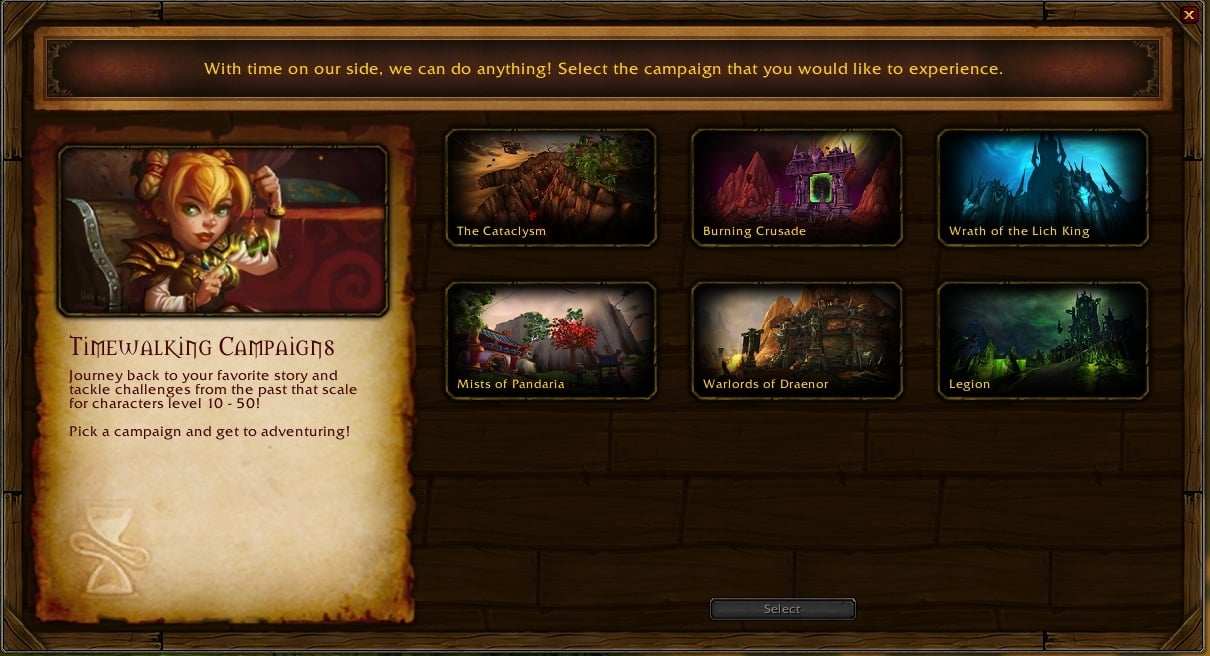 At BlizzCon 2019, the World of Warcraft developers identified three key features of the leveling system that needed improving: the time it takes to reach the max level, the satisfaction gained throughout the process, and the consistency of the quests and storylines.

Chromie Time, introduced in WoW’s Shadowlands expansion, is Blizzard’s answer to leveling. When experienced players complete the starting zone and reach level 10 with a new character, they’ll now be able to level to 50 in any expansion they desire.

After speaking to Chromie—a Bronze Dragon disguised as a humble Gnome, found in Stormwind for the Alliance and Orgrimmar for the Horde—players will have the option to pick a campaign and “journey back to their favorite story and tackle challenges from the past” from levels 10 to 50.

“Experienced players,” or those who have at least one level 50 character on their account, can choose between six expansions, including The Burning Crusade, Wrath of the Lich King, Cataclysm, Mists of Pandaria, Warlords of Draenor, and Legion.

New players, however, will be guided through levels one to 50, starting with Exile’s Reach (a new tutorial zone) before hitting the Battle for Azeroth expansion. When they reach level 50, like everyone else, they’ll jump straight into the Shadowlands from 50 to 60.

Chromie Time, and the new leveling experience as a whole, is significantly faster than previous iterations of the system. Players can now expect to reach level 50 in around 12 to 24 hours, depending on the expansion and pace. The record for hitting level 50 in the pre-patch was well below four hours.