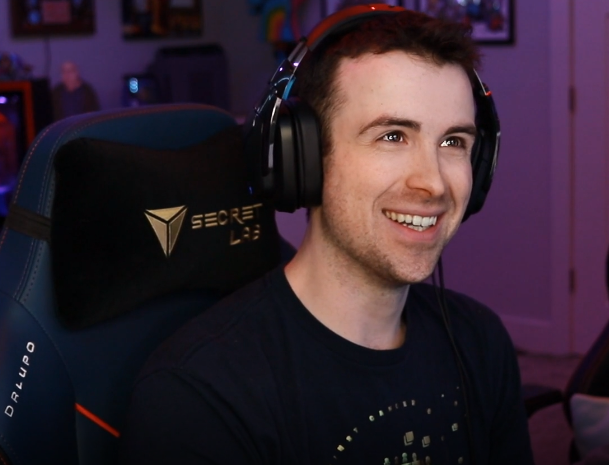 DrLupo hasn’t been shy about the goals he has for his 24-hour charity stream this weekend. He revealed a list of incentives and prizes he’ll be using to elicit donations for charity today.

Earlier this week, Lupo said that his goal for this weekend’s charity stream was to raise $2 million for St. Jude. Even though the goal seems lofty, history suggests he might be able to reach the mark. In the summer, Lupo anchored GuardianCon’s charity stream marathon, raising almost $1 million in four hours.

A significant influencing factor in his ability to raise so much money was the wacky and fun incentives he had for the stream that allowed donors to augment his gaming experience by forcing him to do things like drop important gear including guns or materials for building.

This time around, his incentives are a bit more focused on giving people who donate an opportunity to win prizes, including computer gear, “swag bags,” Secretlab gaming chairs, coffee, and Hershey chocolate.

People who donate $10 will get an entry in a raffle that includes 18 different prizes, many of which are being given away. Outside of that, Lupo is up to his same old shenanigans, allowing people who donate larger amounts of money to change his gameplay.

People who give $100 can force Lupo to drop any weapon or item slot immediately, and for $250, you can force him to drop all of his building materials. For $1,000, donors are given a permanent space in the intro/outro to Lupo’s stream.

Along with incentives, Lupo has a handful of things he plans to do if he reaches certain marks, including allowing his son, Charlie, to play and having his wife “MrsDrLupo” teach him how to play Sims.

With his ultimate goal being to raise $2 million, fans might expect that Lupo would have something special planned for that benchmark. But the graphic he released today simply shows question marks next to that marker. While that could be interpreted to mean that he doesn’t have anything planned yet, he could be intentionally leaving it as a mystery, further incentivizing viewers to donate to his cause.

Lupo will begin his 24-hour stream for charity at 12pm CT on Saturday, Dec 21.