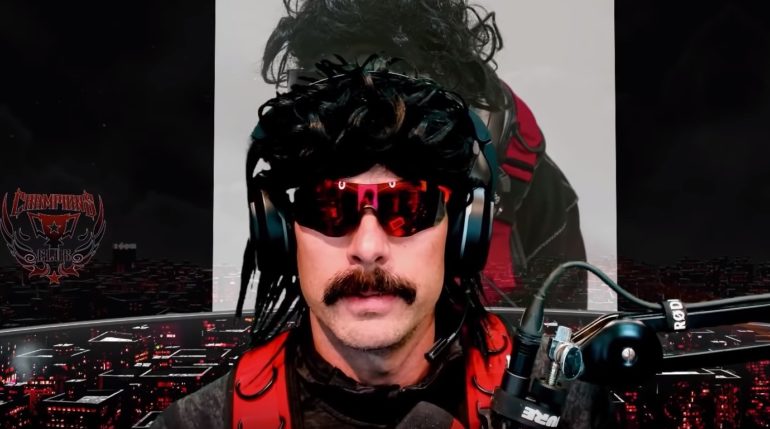 Dr Disrespect found yet another way to squeeze subscriptions and donations out of his viewers yesterday with a funny on-stream skit making fun of streamers who complain about not getting subscriptions.

With the help of a green screen and some well-done animation, the Doc turned his streaming setup into an animated sports car that was driving in the rain. While “driving” the car, Dr Disrespect, with his Turtle Beach headset still on, was speaking to his manager about how he’s supposed to make money.

“I’ve been live for almost 10 minutes now, and there’s just not enough people subbing to the channel,” he told his manager over the phone. “Yeah, you’re my manager. Listen, if people are going to watch me for free, you better line up the contracts. Yeah, I don’t work for free. If they’re sitting in the channel, watching me for free, I’m going to be fucking pissed off.”

As the Doc continued to talk to his manager of the phone, he turned his head to look at the camera, seemingly noticing that his viewers are watching the conversation take place. Embarrassed by it all, he slowly closed his flip phone without even saying goodbye to his manager.

The skit appears to mock viral clips of a streamer named BadBunny exclaiming that people “don’t respect” her when they don’t donate or subscribe. She’s been clipped numerous times complaining about not getting subscribers, saying things like “I’m fucking working for free? What the fuck?”

Among other things, BadBunny has been clipped calling people in her audience a “cheap ass” and saying that they “leech” off of people who are generous and provide for content creators.

The Two Time’s use of skits and on-stream advertisements isn’t new, though. He regularly plays “commercials” on his stream that are beyond the regular Twitch ads available to be rolled by any partner. He instead frequently plays intentionally corny videos advertising membership in the “Champions Club,” which is effectively what he considers those who subscribe to him on Twitch.

Given the narcissistic, egomaniacal character that Dr Disrespect plays on his stream, it’s no surprise that the Two Time found a way to leverage BadBunny’s viral clips as a means of making his own content.

Despite the exclamation that he isn’t getting subs, it’s not like Dr Disrespect is hurting. He’s gotten 3,299 subscribers on Twitch in the past week, according to Stream Hatchet data, even though he’s only broadcast for 21 hours. Many full-time Twitch content creators broadcast at least 40 hours a week, with some going live for 60 to 70 hours per week.