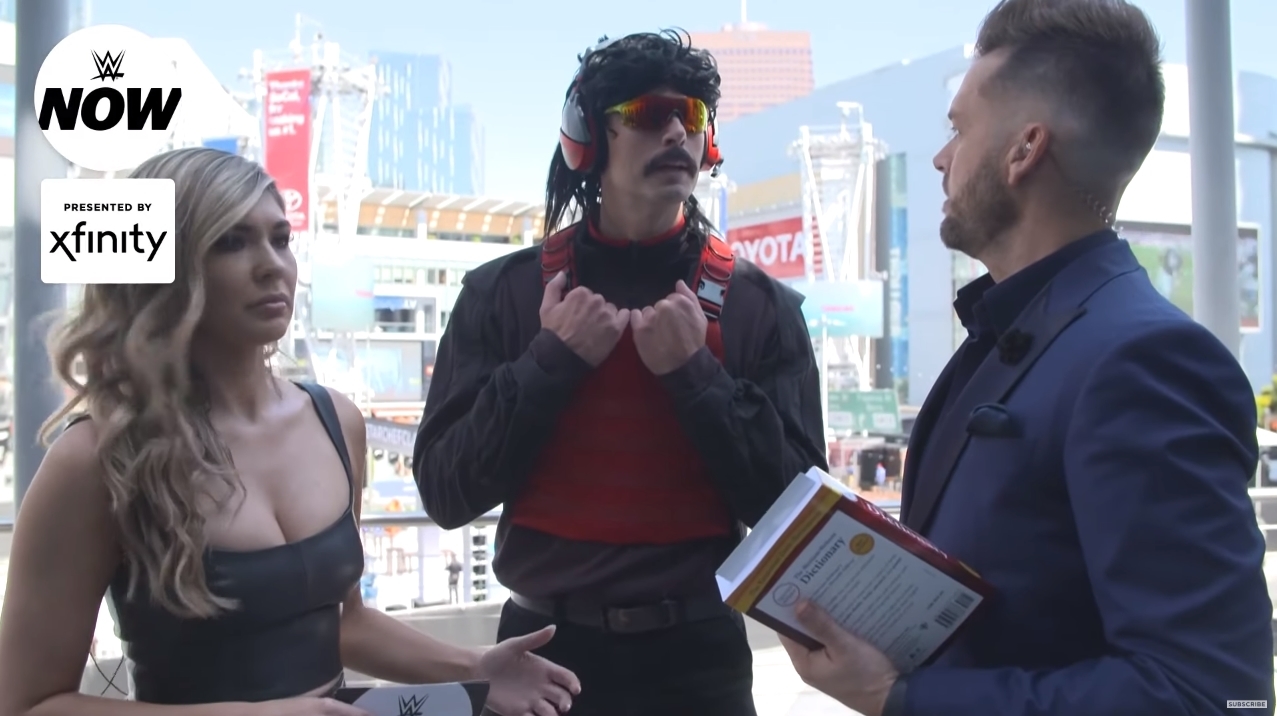 In one of the more surprising crossovers in recent memory, popular streamer Dr Disrespect appeared on the preview show for WWE’s debut episode of “Friday Night SmackDown.”

While hosts Cathy Kelley and Mike Rome were talking, the “Two-Time” quietly walked behind them. Kelley and Rome seemed confused at the Doc’s presence, but he made it known that he was “looking for someone,” but he did not reveal who.

Dr Disrespect left the hosts wondering who he could possibly looking for, but Rome did remark at how tall and intimidating Doc was. The most likely target for the Doc would be WWE superstar Xavier Woods, who has been very public about his love for video games. Woods even has a YouTube channel called UpUpDownDown, which has more than 2 million subscribers.

At 4:02pm CT, Dr Disrespect tweeted a picture of him standing by the WWE logo, presumably backstage at SmackDown. The first episode of SmackDown on FOX will begin at 7pm CT.