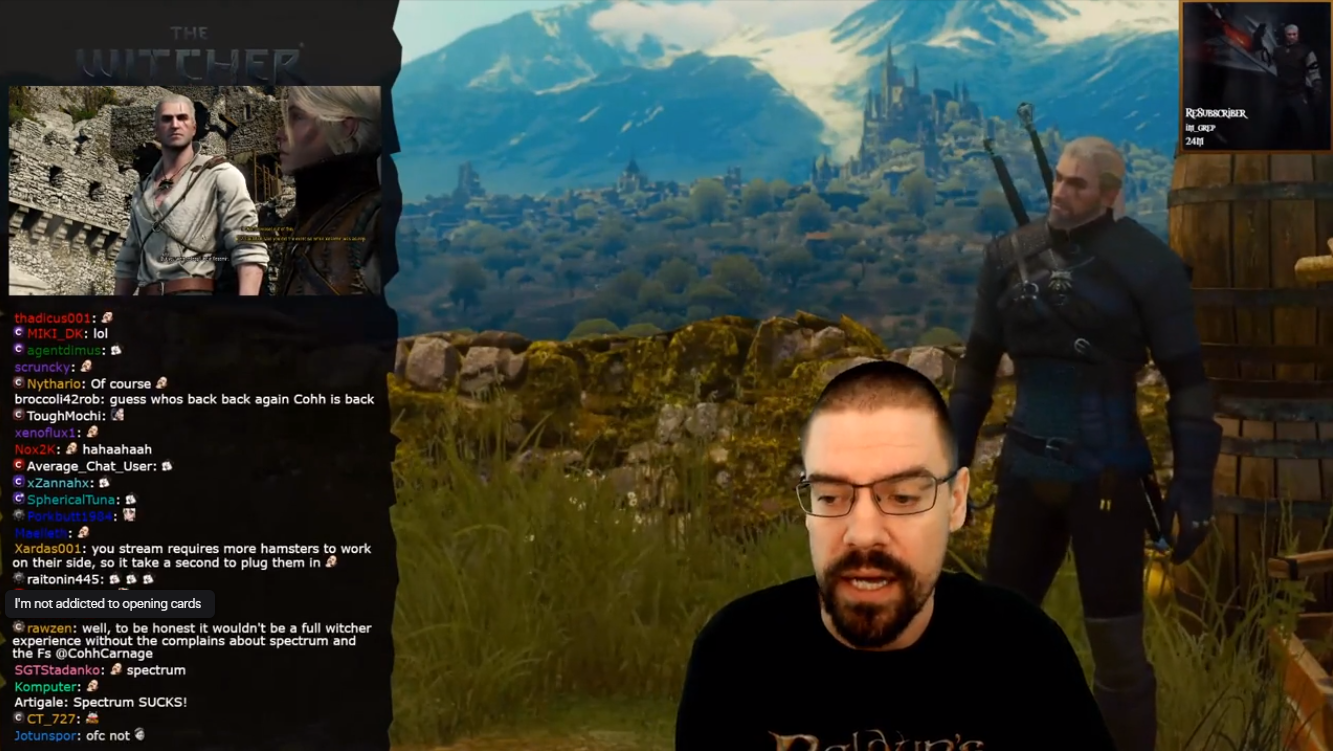 Among Us is a murder mystery game that puts a team of players in an area where they must complete tasks while the imposters attempt to eliminate them. After a body is successfully found, the players will discuss who they think is responsible for the murder with the goal of voting out the imposter.

Due to this style of game, there’s been a variety of different streamers competing together. Many take the game extremely seriously, while others have been treating it as some light-hearted fun. This has caused a divide in the community, though. Some fans prefer to see the game taken seriously while others just enjoy watching their favorite streaming personalities interact.

One of the largest streamers on Twitch, CohhCarnage, chimed in recently on the discussion, explaining the difference between groups of Among Us players.

“It is like watching two completely different games when you watch a group of friends playing Among Us and they’re all friends and trying to have a good time as opposed to watching a group of people play Among Us that have been playing for 10+ hours, they’re all really good at the game, and they’re playing to win,” Cohh said.

Cohh shared his preference when watching people play the game, saying he likes to watch players who are playing for fun as opposed to those who are playing to win. Cohh isn’t the only content creator with this opinion, either. Fellow streamer Mizkif said he’ll no longer play the game after being harassed by his chat for not taking the game seriously enough.

Thankfully for viewers, due to the number of streamers playing the game right now, there’s likely a group of the style that suits each viewer’s preference.