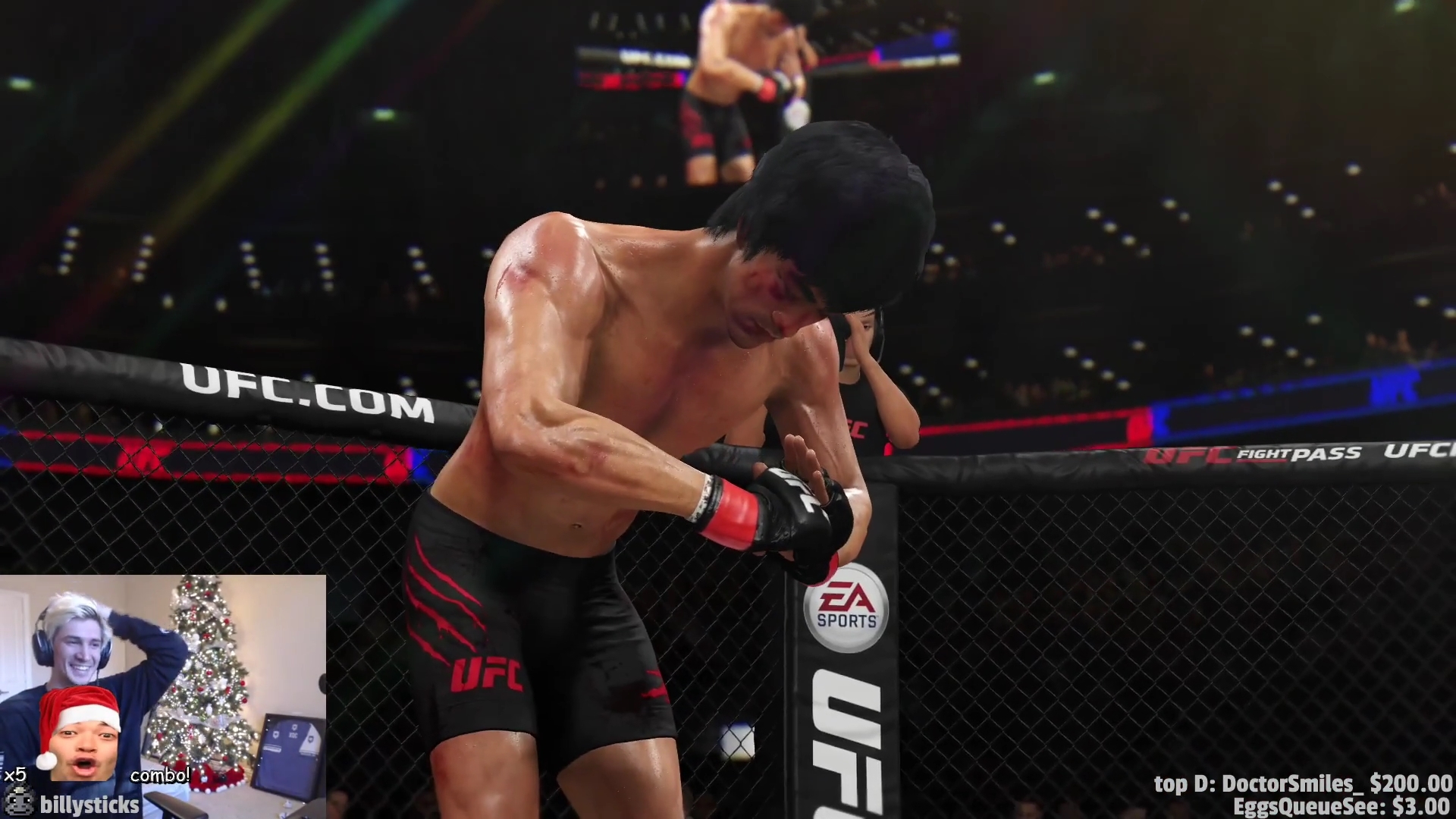 It’s not very often you get to see the top talent on Twitch go head-to-head in an epic battle. But earlier today, viewers witnessed Felix “xQc” Lengyel and Saqib “Lirik” Zahid face off in an amazing UFC 3 struggle.

During the fights, Lirik topped out at over 74,000 viewers while xQc averaged around 25,000. Many viewers tuned in to the scrum and found lots of entertainment on an otherwise boring Monday afternoon.

Lirik and xQc were friendly with each other with very little trash talk, but the action in the game spoke for itself. While the animosity level was very low, the entertainment was high.

While streamers like Tyler “Ninja” Blevins and Michael “shroud” Grzesiek have moved on to Mixer, Lirik and xQc have stayed home at Twitch. There are plenty of top streamers still on the platform competing to be “the face of Twitch,” but for at least one day, it was the viewers who truly reigned supreme.