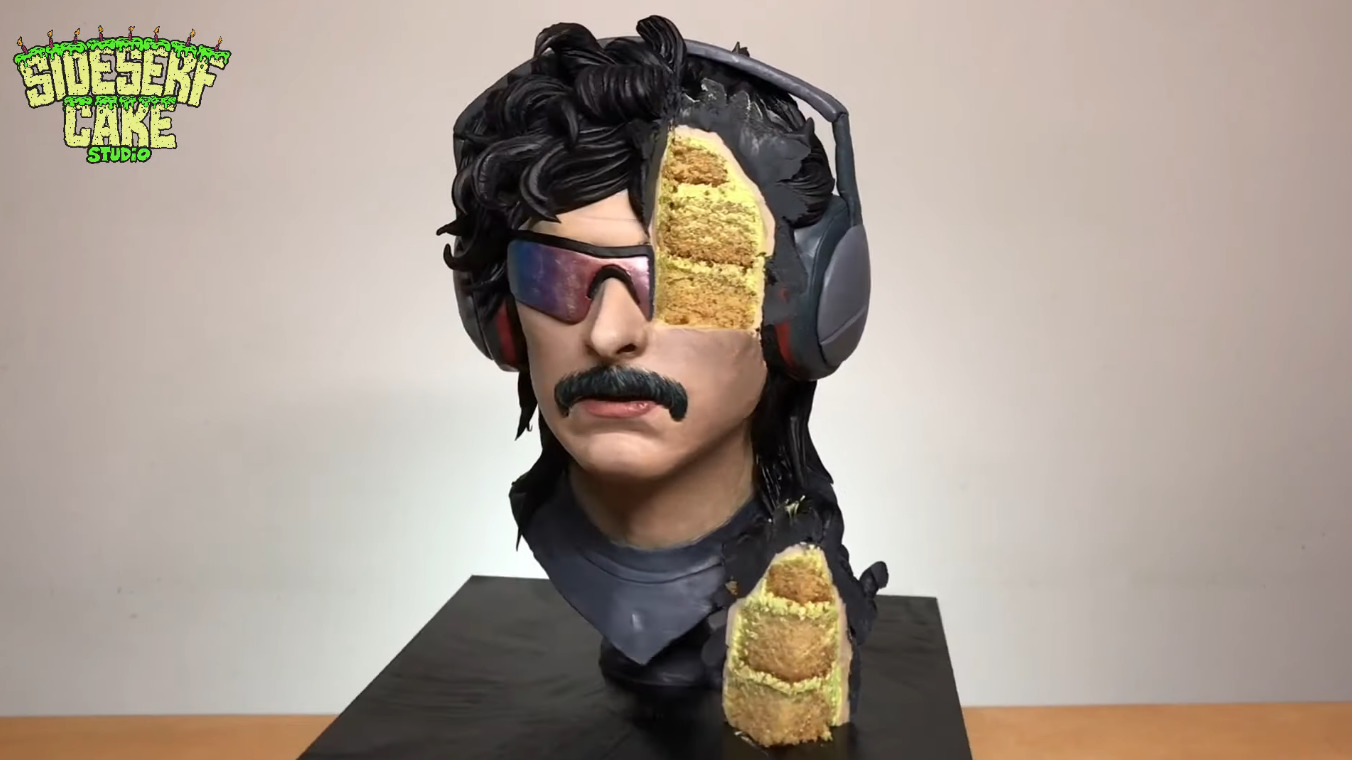 A baking YouTuber recently recreated the immaculate head of Dr Disrespect as a cake and the resemblance is uncanny.

The full video, posted by Natalia Sideserf on her YouTube channel, shows the cake’s creation from beginning to completion—when she takes a slice out of his head to prove it.

Sideserf has been baking since 2011 and her YouTube channel is full of amazing creations, but this cake of the Two-Time might be her best work yet.

The baker said she was inspired to make the Doc as a cake to celebrate his return to streaming this past weekend, a month and a half after he was banned from Twitch.

The cake is so well done, in fact, that the Doc himself acknowledged its creation with a terrible joke on Twitter. She surely captured the jawline of the Doc, along with his “poisonous Ethiopian caterpillar,” with stellar precision.

We think Sideserf is a member of the Champions Club for life after this one.