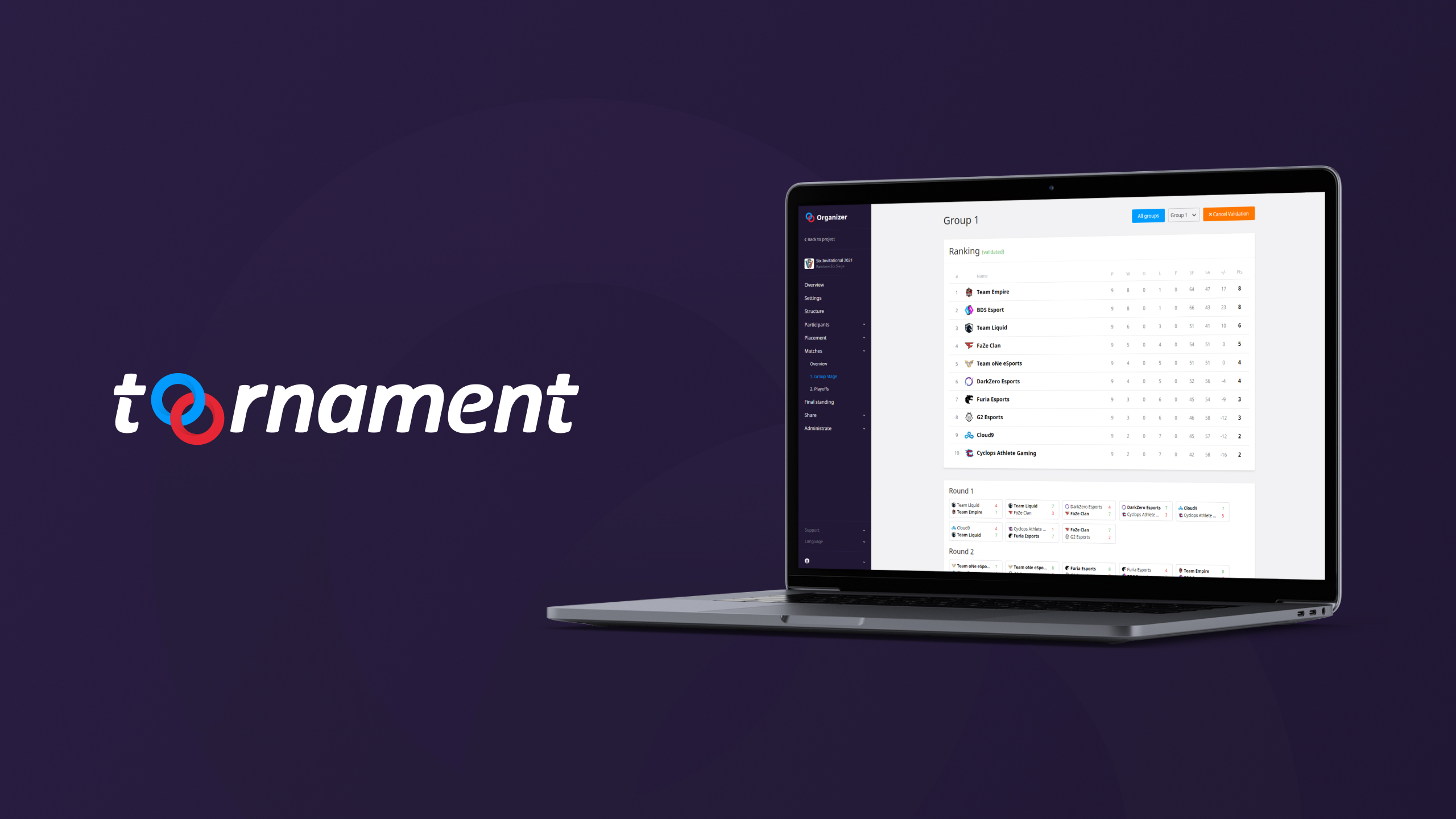 This article is written in partnership with Toornament.

Organizing your first tournament can be an incredibly daunting task in 2022. With the internet opening your reach of potential clients into the millions, you’ll need some way to effectively get your message out there. How do you go about creating brackets, scheduling matches, posting data, and pooling that all onto a website for general consumption? Enter Toornament, an epic service dedicated to all of your tournament-hosting needs.

Founded in 2015, Toornament was created by a group of passionate organizers and players that had been contributing to the esports scene for over 20 years. They wanted to leverage their talent and passion to provide the best tournament management solution on the market. Toornament quickly rose in prominence and would soon have its organizational software used by companies such as Riot Games, Ubisoft, Red Bull, and PGL. Previously financed by providing software directly to organizers, Toornament recently launched a software as a service (SaaS) model that lets professionals pay monthly for their tournament needs.

The biggest advantage to using Toornament is the extreme flexibility offered by its software. Toornament allows for neat, efficient layouts for tournament brackets and formats with multiple options available for match types, registration, and tiebreakers. With an extensive WYSIWYG builder, customizable widgets, the ability to specify custom colors, extensive layout options, and tools to easily integrate your brand, you can have a website up in no time flat.

Those worried about data control should put their fears to bed. Toornament gives you full ownership of any data you collect during tournaments. You’ll be able to export and exploit your rankings however you see fit without worrying over personal information being sold to advertisers. Toornament is a fully GDPR-compliant piece of software.

Toornament isn’t just for bigger companies with tons of participants. With differently priced tiers available for your specific needs, you can create a website that hosts a single event or one that hosts numerous different titles. You’ll be able to quickly manage a league or championship, display all of the results in a clean manner, and have those results updated in real-time on your landing page.

The currently available subscription tiers include a free option, a “Starter” tier priced at $59/month, and a “Tourney” tier priced at $229/month. Those that want to display tournament information directly on their own websites may benefit from the API solution, which goes for $599/month and comes with on-demand consultation and premium support. A new “Series” tier will be added in the coming weeks to integrate tools for managing a competition circuit, including different seasons, divisions, and regional leagues. If you’re not sure whether Toornament is for you, you can request a demo or start a free trial on the official website.

As gaming and esports continue to grow in audience size, software like Toornament will continue to grow alongside them. With many looking to jump into competition to express themselves, we’re likely to see even more local gatherings cropping up around the world. Why stress over how to organize those events when Toornament can give you the ultimate tools you’ll need to host any event?