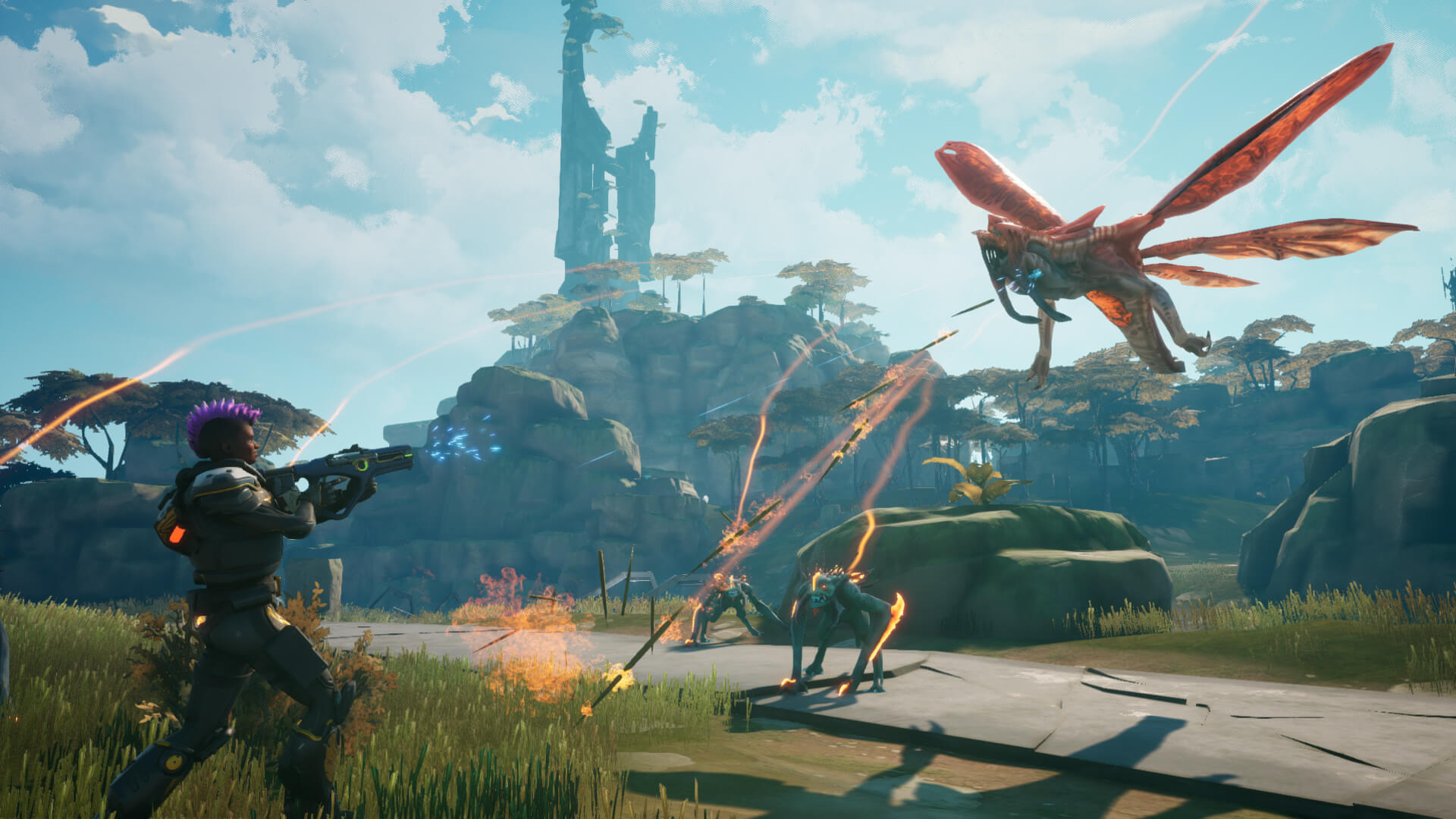 The Cycle, a new game by YAGER (the folks behind Spec Ops: The Line), is an interesting take on the free-to-play battle royale genre.

While most battle royales revolve around players fighting against one another until the last man is standing, The Cycle takes a more interesting approach to the genre by creating a PvEvP experience where you constantly need to be fighting computer-controlled characters as well as your fellow players.

To win a game, players must complete a bunch of contracts that will have them competing for resources alongside 19 other players on the map. They’ll be asked to do a bunch of tasks like mining crystals, defeating enemies, or keeping control of an area to score points. The player with the highest score at the end of a game wins.

But of course, things aren’t that simple.

Players will have to look out for opponents that might be a little too trigger happy. Of course, a player who kills fellow miners will get a bounty on their head that will make them appear on the map, so at least you’ll be able to see and avoid these players—or kill them for a reward.

Players will also need to get a bunch of contracts done before the end of timer runs out. Before the 20 minutes are up, they’ll need to board the evac ship in the center of the island for their score to count, but players are known to camp this area to take out those trying to escape.

Lastly, when players kill creatures and other players, they are given credits which they can spend in a store to unlock new weapons and abilities, thus increasing their chances at surviving.

The best way to get a bunch of points is to just invest in one of the four contracts each map provides players with. You get a higher score the more you complete, so it pays to specialize in one area.

Do all this, and you’ll be picking up your winnings in no time. Just be sure to spend all your hard-earned more and resources on new weapons, upgrades, and abilities to keep you above the competition.