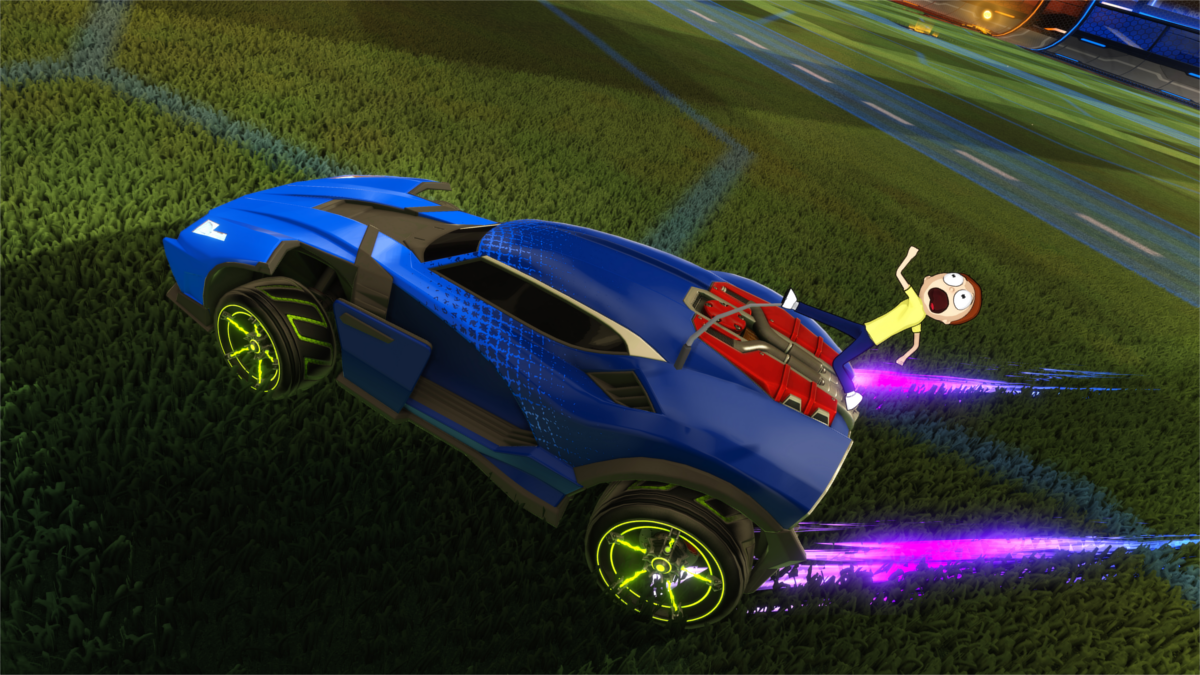 As part of Rocket League’s second anniversary update, Psyonix have partnered with Adult Swim to bring Rick and Morty themed accessories to the game based on the show’s iconic characters.

Rick and Morty will be available as in game antennas for your cars, along with ‘Cromulon,’ ‘Mr. Meeseeks,’ and ‘Mr. PBH’ hats/toppers. A Rick and Morty themed rocket boost and wheels based on the popular green portals from the show will also be available in the update.

The items will be available as rewards for completing matches, and will be entirely free to unlock. Players will need to hope that RNG is on their side though—items unlocked in game this way are entirely random. That gives players no choice on which item they get after games are completed.

The Rick and Morty items will launch on July 5 alongside the second anniversary update.