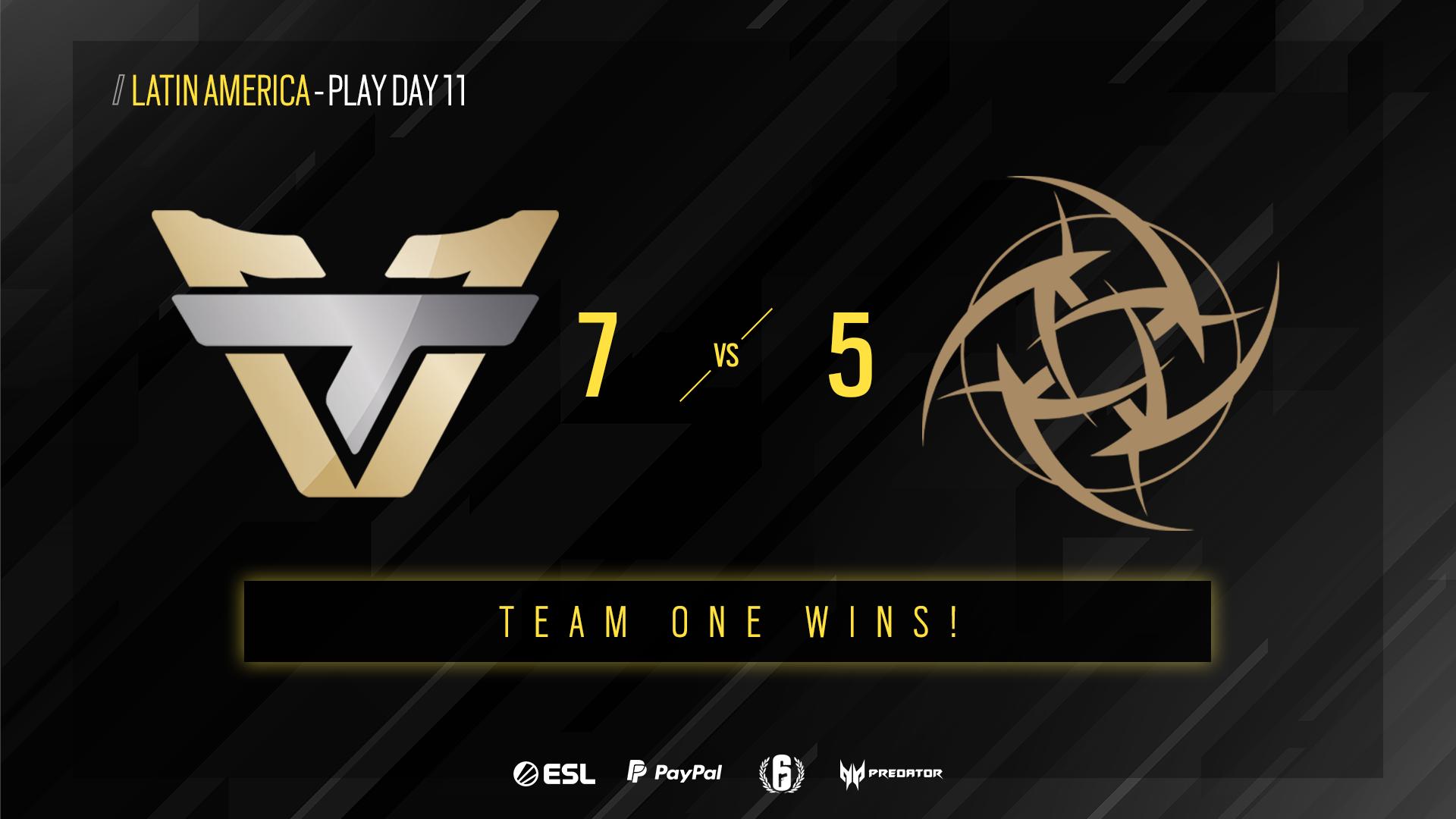 Ninjas in Pyjamas nearly made it to the Rainbow Six Pro League Japan Finals without a loss, but Team oNe caught them off guard today in a 7-5 upset.

Standing tall above the rest of the Latin American division, NiP came into matchday 11 with an undefeated record and 26 points to their name. FaZe Clan trailed just two wins behind with 20 points. As if having FaZe on their heels wasn’t stressful enough, it’s now clear that Team oNe are an immediate threat to NiP’s Japan dreams.

Team oNe came onto the pro scene in surprisingly strong form before shifting into more of a boom-or-bust potential team. Now, it seems the boom part of the team is showing.

Today’s matchup showcased just how volatile the Latin American division can be when it comes to late-season shakeups. While the division doesn’t fluctuate as much as the European division, especially at the bottom of the board, it tends to have its fair share of upsets. NiP losing to Team oNe is most certainly one of those upsets.

Looking at how Team oNe performed in the first half of the season, fans will notice that the newcomer squad took home just three out of seven possible wins. It really seemed like the team had taken an ice bath after entering the scene with such fire in their first matchup with INTZ. Since the return of season 10, Team oNe has looked rejuvenated.

Taking a match off NiP has been impossible for every other team in season 10, so it remains impressive to see the rookie squad dispatch one of the more talented teams in R6 esports.

While NiP’s next matchup against a weakened INTZ shouldn’t be a problem for the top-ranked squad, today’s loss paints NiP in a different light. Seeing the top-ranked team go down to a team as young as Team oNe could show NiP as vulnerable. With NiP’s schedule ending with matchups against the second-ranked FaZe and the unpredictable Team Liquid, it could be a rough road ahead for the LATAM frontrunners.