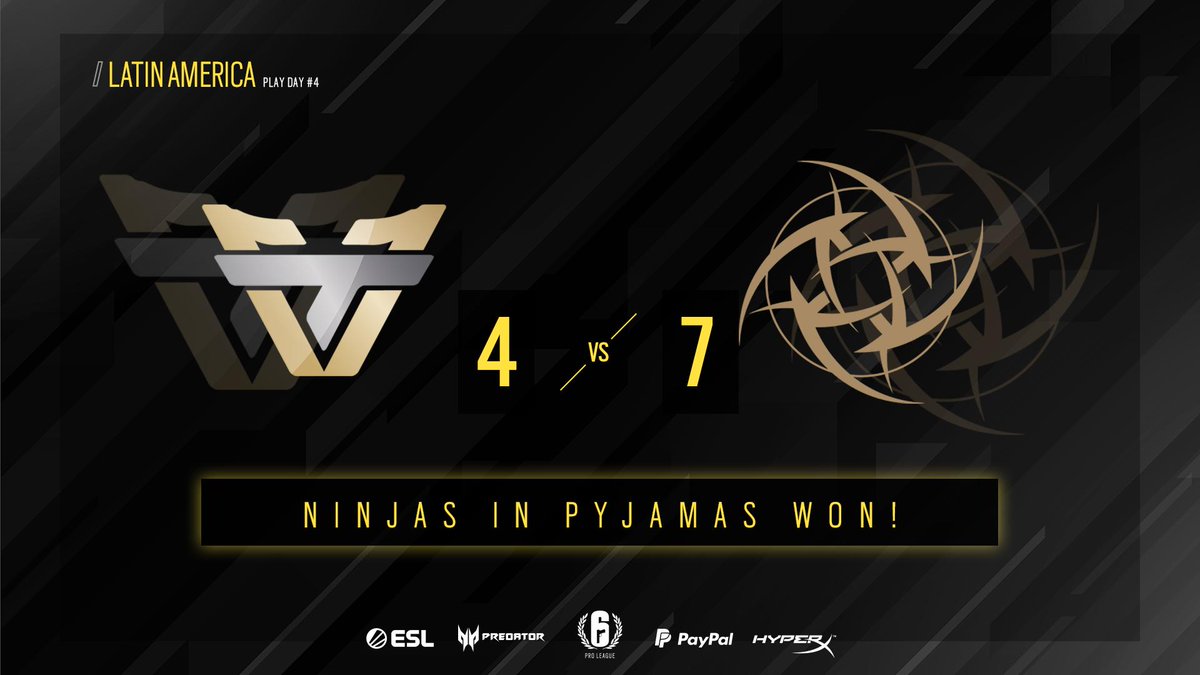 Team oNe may have entered the pro scene in grand fashion by dominating INT, but NiP, as the favorite, showed they were not going to let oNe run over them.

Stacked with veterans and raw talent, NiP is one of the gatekeeping teams of the LATAM division. But Team oNe just crushed Immortals last matchday, so status counts for little in this division.

NiP let three rounds slip into Team oNe’s pocket on Club House, and oNe’s defense held up strong against the waning attacks of NiP until round four. It took NiP long enough to pick up the pace and just when fans thought the tides may be turning, Renato “rhZ” Costa clutched up to deny entry into Bar site with Maestro.

Team oNe entered the half in a decent position, but NiP aren’t slouches and edging them out proved more difficult than expected. After the half, NiP found comfort on defense and the wins followed. Gabriel “pino” Fernandes single-handedly gave NiP the momentum the team had lacked in the first half with an insane 4K in round seven.

As the match progressed, Team oNe’s aggression and lost utility became more apparent and seemed to aid in their defeat. NiP, who won four rounds straight in the match, moved to match point with Julio Giacomelli’s chaotic 4K. Julio dominated the defense of round 10 in a similar fashion to how pino operated in round seven.

Team oNe mirrored NiP’s discombobulated attacks through the first half of the match. With no traction and not a single round won on the attack, Team oNe had little to no chance of pulling out any kind of miracle. Given NiP’s status in the division, it’s impressive the rookie Pro League team still managed a strong defense.

With the win out of the question, Team oNe hunted for a draw. Despite Luiz “SKaDinha” Salgado’s best effort to pick up the last three frags, he failed to hunt down the last NiP defender, who hid downstairs to waste the clock. The match wrapped at 7-4 in NiP’s favor.

The LATAM division of the Rainbow Six Pro League returns for matchday five on Wednesday, July 10. Fans can catch the official broadcast here.