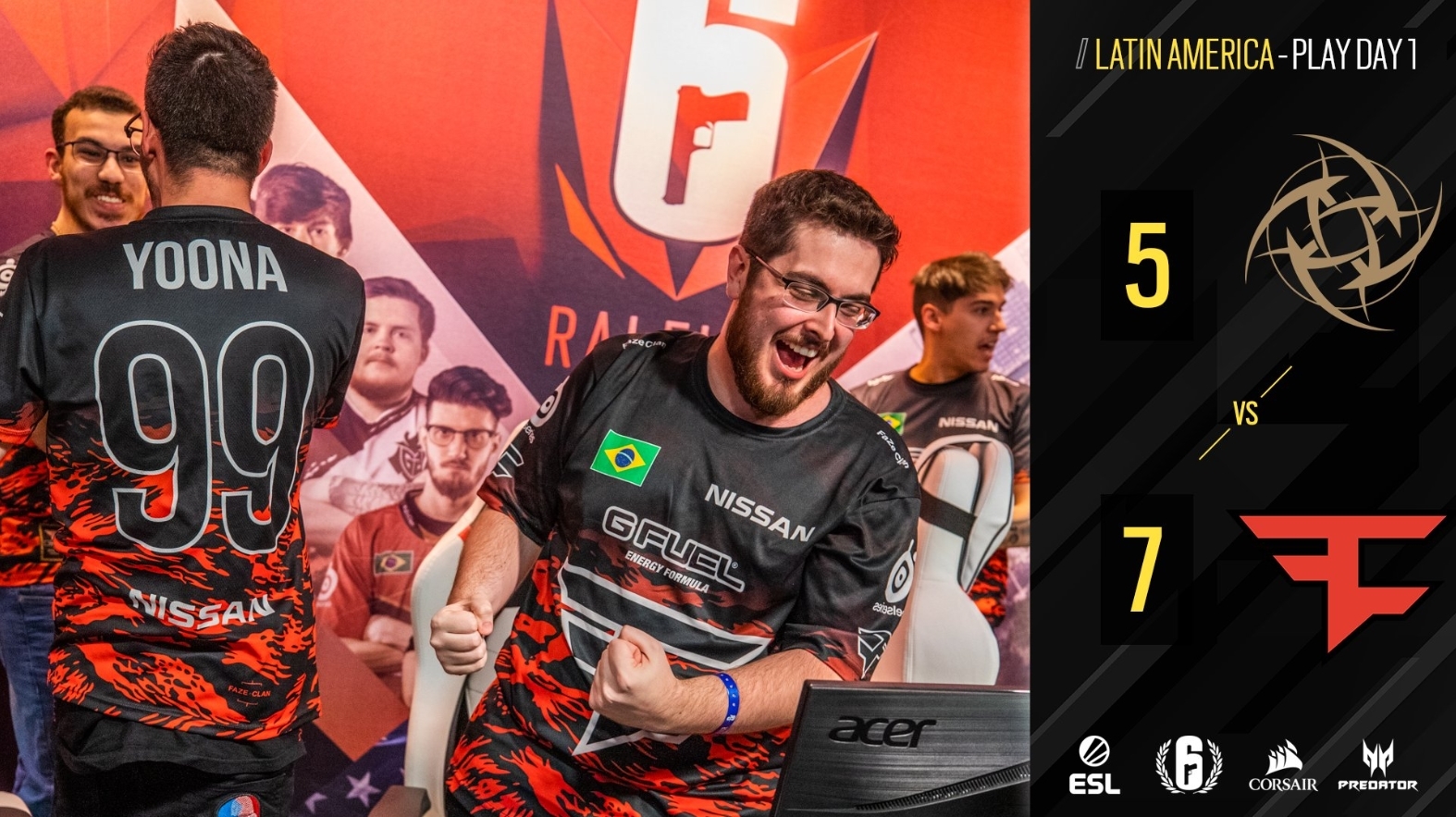 After an impressive season 10 in the Rainbow Six Pro League, both FaZe Clan and Ninjas in Pyjamas were robbed of a fighting chance in the Tokoname, Japan Finals.

Today, these teams faced off in the opening matchday of season 11, and it looks like NiP may not be able to chase their season 10 record.

Both FaZe and NiP had strong seasons in the runup to the season 10 Finals. Unfortunately, both of the Latin American representatives were forced to compete with substitute players due to last-minute visa issues. Neither team progressed nearly as far as they could have and it was a shame that NiP and FaZe fans had to see their teams take losses after such successful seasons. Prior to the finals, NiP had an excellent season with a record of 10-3-1, a record that seems very difficult to repeat after their opening match of season 11.

What looked like an almost certain draw between the two Latin American powerhouse teams just barely shifted the way of FaZe. Edging out NiP 7-5, FaZe took an early, but modest lead over one of the best teams in the division. While this is only the opening day, the implication is that NiP will need to pull out all the stops if they wish to achieve the same status as they did in season 10.

In season 10, FaZe drew NiP to make up one of three draws in NiP’s record. NiP taking such an early loss to a team they had previously been able to defeat and draw just a few months ago isn’t a particularly great look heading into the season. While it’s far too soon to call any specific outcome, it’s fair to look at this FaZe win as an indicator of where the teams are entering the season. There’s some rust on NiP and equally so for FaZe since the team needed all possible rounds to secure the win.

Team oNe Esports has also proven to be formidable and they were the only team that took down NiP in season 10. With this loss to FaZe, NiP may be unable to recreate the magic they found in season 10 of the Pro League. Whether the reason for tonight’s loss was rust or trying new Armory holds, as suggested by broadcaster Michael “KiXSTAr” Stockley, the team will surely hope for a better result next time.

NiP fans have plenty more chances to root for their team, as this is only the first of many matchdays to come in the Latin American division of the Rainbow Six Pro League. Fans of the division can catch both FaZe and NiP Thursday, Jan. 9 for matchday two. The official broadcast can be found here.